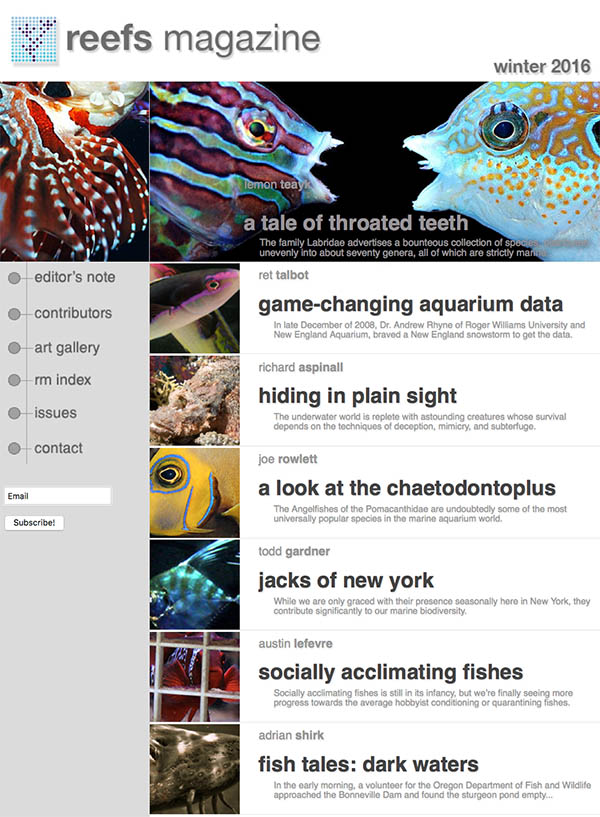 I have long held to an educational philosophy that teachers teach best when they can teach what they are passionate about, and in my professional life, I spend much time helping craft programs and curricula that allow faculty to do just that. It is a philosophy that has worked well, and one that I carry over into my job as Editor of Reefs Magazine. Rather than assign subject matter, I seek out the best writers I can find and allow them to write about the things that excite them. If you look back over the 8 yrs. worth of material we have produced, you will find a wide range of subject matter for hobbyists and reef enthusiasts of all levels. Sometimes, however, author submissions align and cluster around common areas of interest and by some quirk of the Fates, this is one of those times. Our staff has coined this the ‘Fishue‘ as all the articles in one way or another are piscine-centric.  – Randy