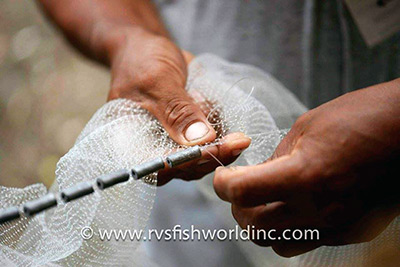 For 28 years, RVS Fishworld has been training and supplying fisherman in the Philippines with the knowledge and equipment needed for sustainable net collection.

The ocean is full of the unknown, allowing people’s imaginations to run wild. Combine that with film producers, writers, or groups with a divisive agenda, and you get mockumentaries entertaining the idea of a monster shark as big as a submarine, the internet claiming cephalopods are from another planet, and articles with an extremely misguided view of the marine aquarium fish trade. Over the past several months, I have taken a stand against pure failures of journalism, vigorously commenting with factual evidence that the journalist disregarded (intentionally or unintentionally). From “Mercury Gate” to the most recent completely unsubstantiated claim that 90% of all marine fish collected today for aquarium purposes are collected with the use of sodium cyanide, these failures cannot go unchecked.

After 15 years in the hobby and 10 years within the industry, I knew that figure was fabricated before the coffee spitting out of my mouth hit the table in front of me. But let’s break this down.