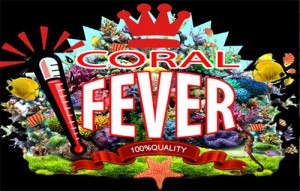 Seth Drago of Coral Fever, along with his friend Bobby Miller, returns, this time to talk about how he handles fish and coral shipments and what he uses for a quarantine procedure. Much to learn about cleaning fish in this podcast. Download the podcast here, or subscribe to our podcasts at iTunes. Also, follow us on Twitter at reefthreads.—Gary and Christine

The Dragon Behind the Glass