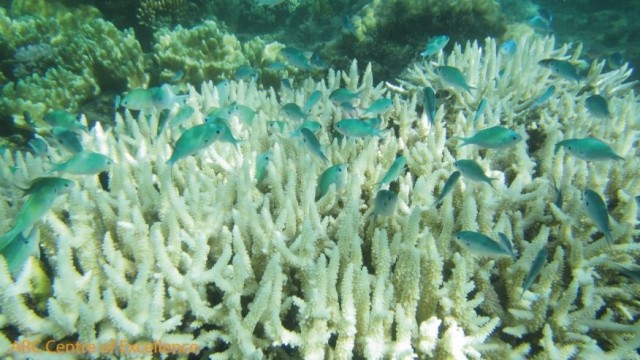 Australia’s Great Barrier Reef has been hit by widespread coral bleaching, which has the potential to be devastating to one of the world’s most iconic natural wonders. Battered by record warming on land and sea the past two years, coral reefs around the world have suffered bleaching events. When that happens, corals expel the symbiotic algae living in their tissues, causing corals to turn white or pale. Without the algae, the coral loses its major source of food and is more susceptible to disease. Starting in the North Pacific Ocean in the summer 2014, the bleaching expanded to the South Pacific Ocean, Indian Ocean, and Atlantic Ocean in 2015. That prompted NOAA’s Coral Reef Watch in October to declare the third ever global bleaching event – after the 1997-1999 MORE