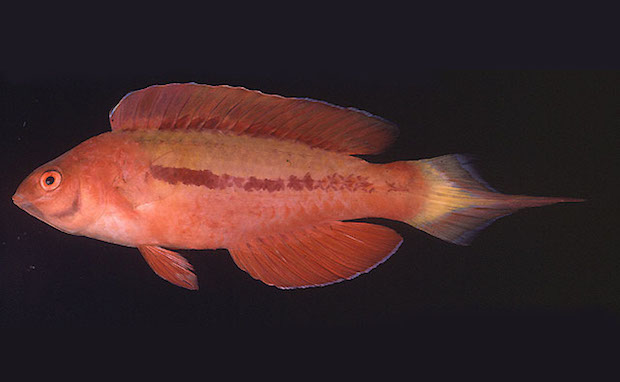 On today’s Epithet Etymology, we find ourself examining the naming origins of yet another fairy wrasse of the genus Cirrhilabrus. While I try to inject a little bit of diversity in my posts, I can’t help but circle back to my favourite labrid genus from time to time. This time though, it’s warranted, because C. blatteus is truly one of the most unique species ( in terms of its naming and the reason behind it anyway). As described in previous fairy wrasse installations, the generic epithet “Cirrhilabrus” is a combination of the words “cirri” and “labrus”. The former alludes to a row of fleshy, curved like organs present on the tips of the dorsal and anal fin spines, and the latter simply means wrasse. It’s specific epithet, however, is more interesting and exciting. 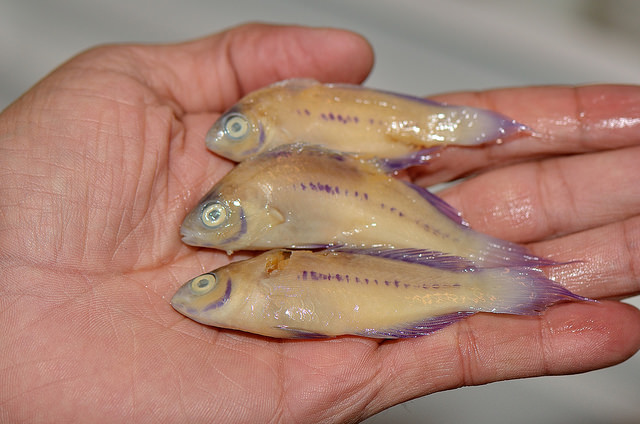 It is in preserved specimens that the true meaning behind its naming becomes apparent. Notice how the osseous and cartilaginous elements of the gills and fins are stained purple in the absence of any dyes. These were preserved only in ethanol! Photo credit: Lemon TYK.

The specific epithet “blatteus” is latin for purple. The naming is in reference to the unique properties of this species. In alcohol, many of Cirrhilabrus blatteus‘ osseous elements, as well as its fins, are stained purple, almost as if they were coloured with the dye alizarin red. This is quite unusual for the genus, as many Cirrhilabrus stain clear or bluish-green in alcohol. The common name “purple-boned fairy wrasse” is therefore quite fitting, not because they are purple when alive, but purple when preserved.

Cirrhilabrus blatteus is a rare species endemic to the deep water reefs of the Red Sea, appearing only at depths starting at 60m. The species is absent from the aquarium trade, and is rare even in scientific collections. The three specimens photographed above were taken at the California Academy of Sciences, where ichthyological curator Dr. Luiz Rocha works. Incidentally, it is his hand that is seen holding the fishes in the photo above, fishes which he collected with the use of a spear gun (notice the wounds in the lowermost specimen).

Lionfish Coming To A Supermarket Near You