Epithet etymology: Liopropoma tonstrinum and Chaetodon auriga, a hairdresser and a charioteer…? 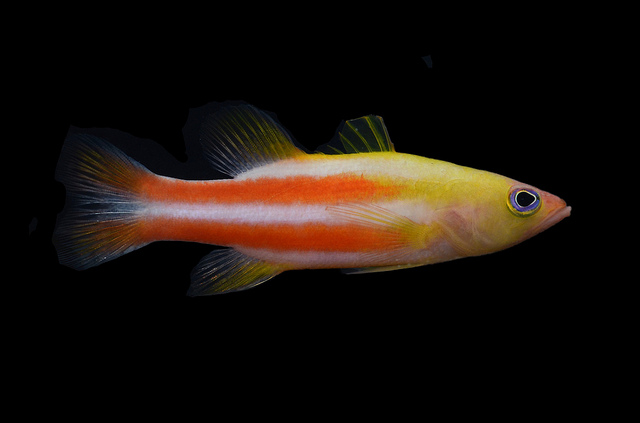 Today’s instalment of epithet etymology features two species of reef fish displaying extreme dichotomy in nearly all aspects of their biology – the first, known only as a rare, reclusive denizen of deep reef slopes, while the other, a common and highly ubiquitous fish in unimaginatively shallow reefs. Despite their apparent differences, they both share unique grounds in having rather bizarre etymological references behind their species names. Today’s subjects in scrutiny are Liopropoma tonstrinum and Chaetodon auriga. 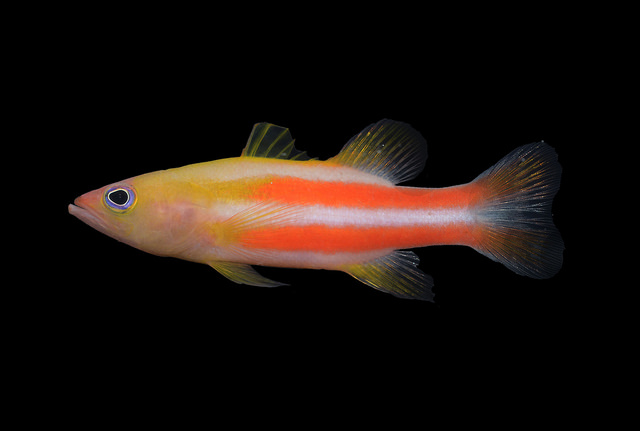 Without going too much into detail, Liopropoma is a large and diverse genus of serranids attaining a wide circumtropical distribution. These fishes are characterised by having slender, bullet shaped bodies with a pair of disjointed dorsal fins and a scaleless preoperculum. The generic epithet “Liopropoma” is the amalgamation of the greek words “leio”, “pro” and “poma”, which literally translates to “smooth pre cover”, in reference to their smooth and scale free peropercular region. With a few exceptions, nearly all Liopropoma develop a proclivity for deep water reefs, where they can be found in strong association with ledges, caves and other calcareous matrices. Liopropoma tonstrinum is no exception.

The etymology behind the specific epithet “tonstrinum” is rather curious. It is the latin for “hairdresser”, although why this was chosen as an inspiration behind its naming eludes me. Perhaps the stark contrast between the red and white stripes reminded the authors of a barbershop pole. As you can probably tell by now, scientific nomenclature is often inspired by whimsy and humour. After all, if you’re an ichthyologist with hundreds of species under your belt, names like “rubrofasciatus” (which means red stripe) can get a little bit boring after a while. To really find out the exact inspiration behind this name, one would need to look for the original description paper – in L. tonstrinum, this was published in 1988, so no small feat! However, I would like to think that the barbershop pole did contribute significantly to its name, and, I don’t know about you, but who doesn’t like a little bit of mystery anyway? 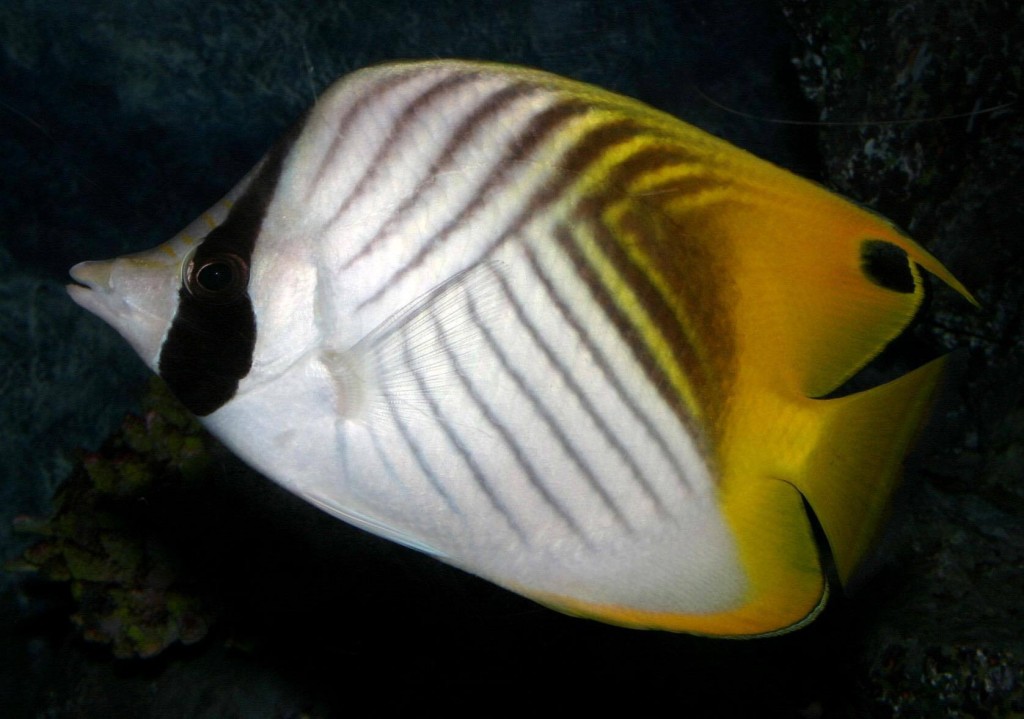 The next species with a rather bizarre species name is the fabulously familiar Chaetodon auriga. Unlike the former, there is very little reason why anyone should be unfamiliar with this widely distributed, shallow water butterflyfish. C. auriga is a member of the butterflyfish genus Chaetodon, which happens to be the most speciose genus in the family Chaetodontidae. The epithet “Chaetodon” stems from the greek words “chait” for hair, as well as “odous” for teeth. This is in reference to the numerous row of fine, bristle like teeth that line the mouths of many butterflyfish species.

The specific epithet “auriga” is another bizarre oddity. Based on the general appearance of this species, it would not be wrong to assume that auriga was perhaps named in reference to the latin for gold, aurum, owing to the yellowish posterior region of the dorsal fin. Surprisingly, this isn’t so. The word “auriga” is actually a literal translation from the latin for charioteer (as in someone who rides a chariot). Bizarre as this may seem, it could, perhaps, have originated from its long, thread like dorsal fin extension. Did this remind the author of a horse drawn carriage? Who knows, really, but it wouldn’t seem too preposterous.

The world of taxonomy is a strange one, and often times we find species being named after things of incredible whimsy. Literally anything can be used as a naming inspiration, and fortunately for us, there are no shortages of such examples for future discussion in epithet etymology.

Could turning aquarists into citizen scientists benefit reef keeping as a whole?