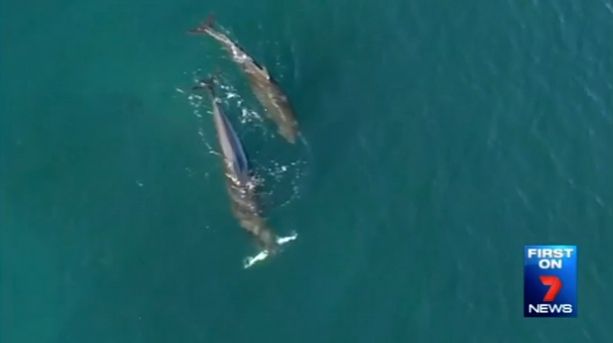 A drone hobbyist in Australia, Bruno Kataoka, captured a pod of false killer whales on an unbelievable shark hunt in Cronulla, Australia. The availability of advanced technology, like drones, into the average persons hands, allows for potentially unlimited opportunities to capture footage never dreamed of before. For example, drones allow one the ability to be out in the ocean, without the need of ever setting foot on a boat, with the added plus of capturing a birds eye view of the water below.

False killer whales are the largest members of the dolphin family and they can get up to 15 feet in length for females and up to 20 feet in length for males. They usually reside in warmer, tropical waters. “We did not expect to see what we saw, it was a really exciting moment,” Kataoka told 7 News Sydney. “National Geographic guys wait months to get such a thing, and we just happened to be there in the right moment and the right time.” When you watch the video, you can see the group of the false killer whales chase what appears to be a lone, juvenile shark. After a tiring chase, the largest whale then takes the shark into its mouth and disappears under the water to eat it’s catch. MORE