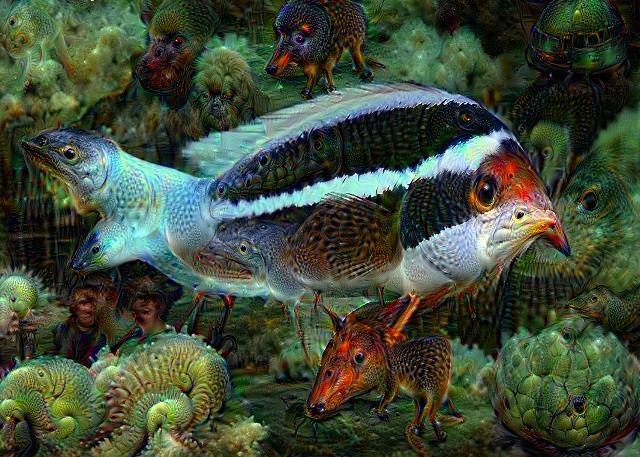 Google’s DeepDream software is endlessly fun to play with. If you’re not already familiar, it uses something called a “convolutional neural network” to enhance patterns found in images. Allegedly, the purpose for creating this program was to better classify the contents of an image (e.g. recognizing faces and so on), but, since being released to the public, it’s proven to be far more useful for creating trippy imagery. Like an Instagram filter on psilocybin, DeepDream excels at uncovering all the phantasmagorical nightmares hidden within a photograph, and, when applied to the kaleidoscope of colors and shapes found on a coral reef, the results can be remarkable…

You can create your own images for free using the DeepDream Generator, though be aware that this will likely consume the rest of your afternoon.