The Yellowbar Angelfish, one of the largest of the Pomacanthids 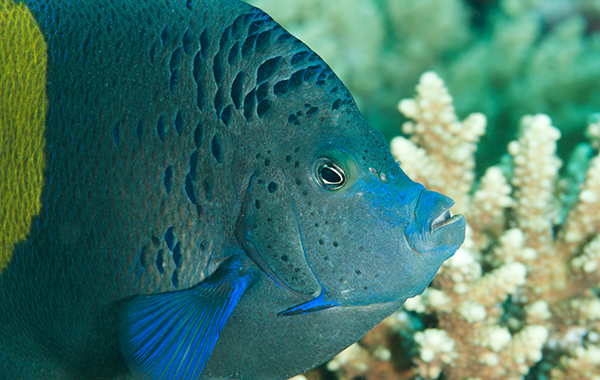 Of all the large angelfish I’ve ever photographed in the wild, I think Pomacanthus maculosus, the Yellowbar, has been the hardest to capture, not only because they are uncommon, but they are very, very good at getting out of the way.  Occasionally though, one specimen will let you get close. 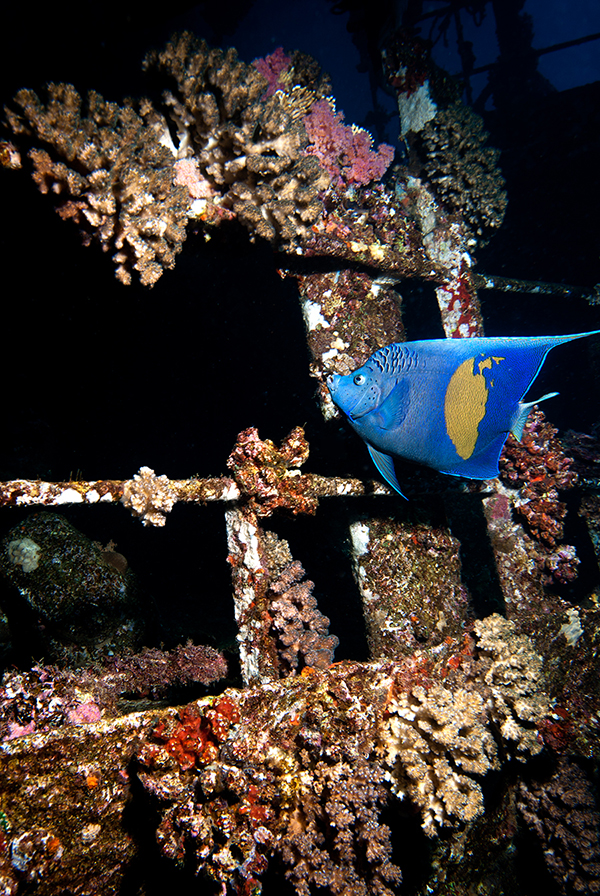 This confident fish was grazing on sponges on this ship wreck

Growing up to fifty centimeters long, these are big fish, even for Pomacanthus species.  Blue overall, the yellow blotch provides them with their other name of Yellow-blotch Angelfish, and ‘maculosus’, means spotted (if I remember my Latin).  I have read that the blotch changes color according to the fishes’ mood and can become almost black.  The ‘blotches’ appear quite unique and can identify individuals.

I tend to encounter them on deeper reefs or shipwrecks, briefly in the main, though they are recorded as being found from three to sixty meters. Needles to say, these big fish that roam across a large area are only suited to very large or public aquariums, though like many Pomacanthids, you occasionally see their attractive juveniles for sale in stores, which can end up with novices making purchases they may well regret as that cute little fish turns into a ‘tank buster’. 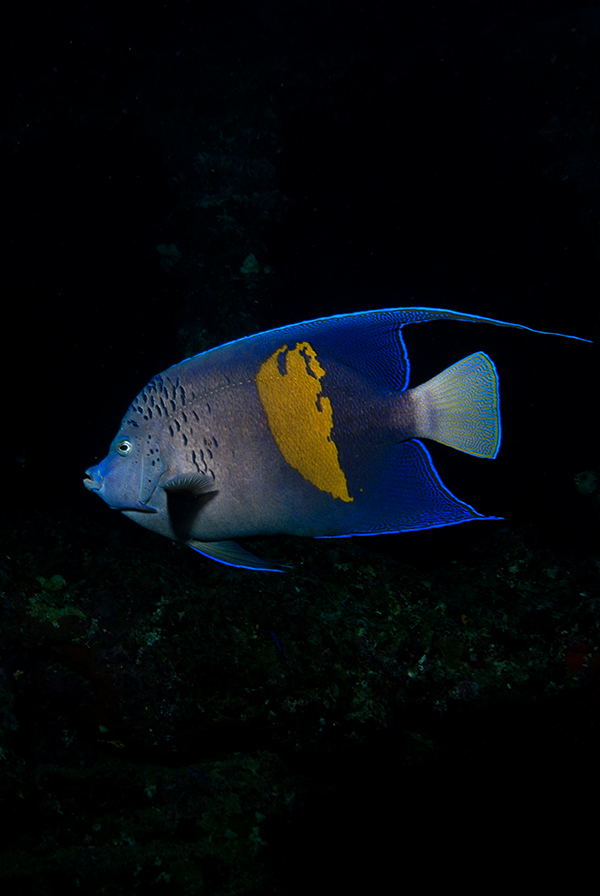 This fully grown adult was around 50cm long