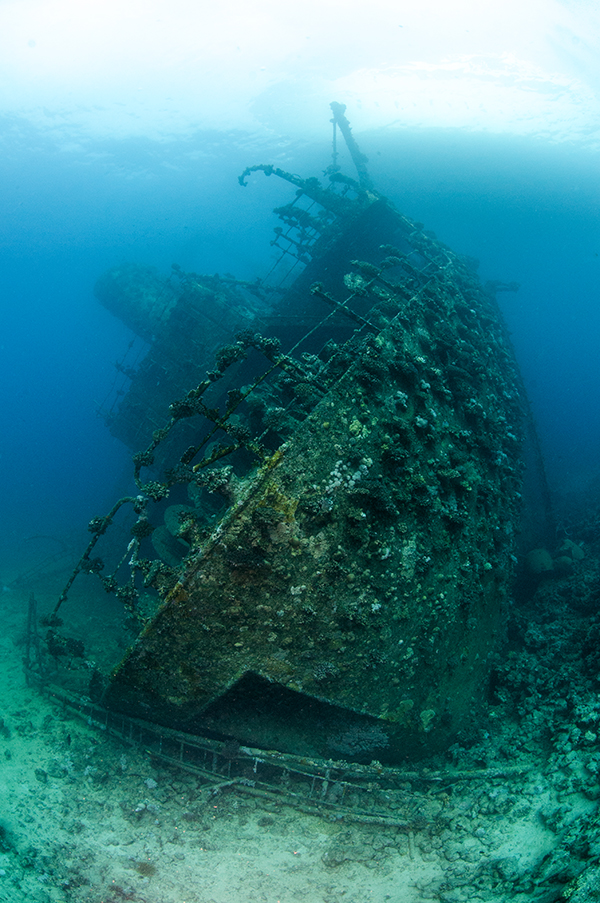 For many divers and underwater photographers, ship wrecks are fascinating places in their own right.  They are atmospheric sites to dive, often full of interesting cargo or maybe part of a battle at sea and sunk during a fascinating period of history.  For folks like me though, they are fascinating experiments that demonstrate how corals and other reef organisms colonize ‘bare ground’ 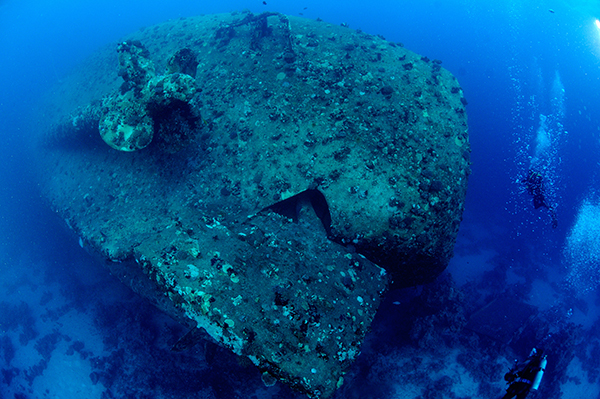 The tragic Salem Express sank in December 1991, with a huge loss of life. She is slowly becoming encrusted in coral

When a ship sinks, through explosion, scuttling, or as part of an artificial reef creation scheme it slowly becomes a reef in its own right.  The holds become colonized with life that tolerates low light levels.  Cranes, davits and superstructure that emerges from the wreck into the current becomes colonized in species that prefer those conditions and the hull and deck become reef walls.

It is a little more complicated than that, different metals seem to be colonized at different rates and some surfaces seem resistant to colonization entirely.  Sadly, scuba divers can damage coral cover on wrecks so that doesn’t help either.  Here then are a few wrecks from different periods. 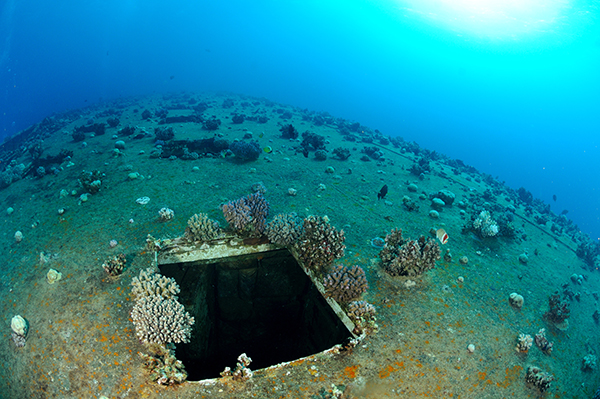 A hatch on the Salem Express’s hull. Has this area become more readily colonized due to a change of hull metal or due to currents around the hatch itself?

Thankfully, not all wrecks involved the loss of life. 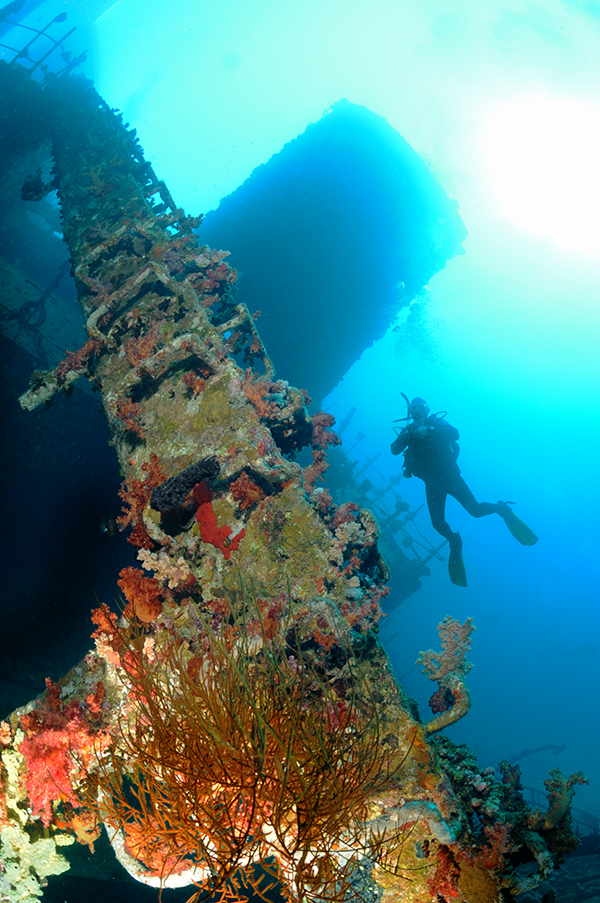 The Giannis D, which ran aground in 1981.  Soft corals, sponges and sea whips abound. 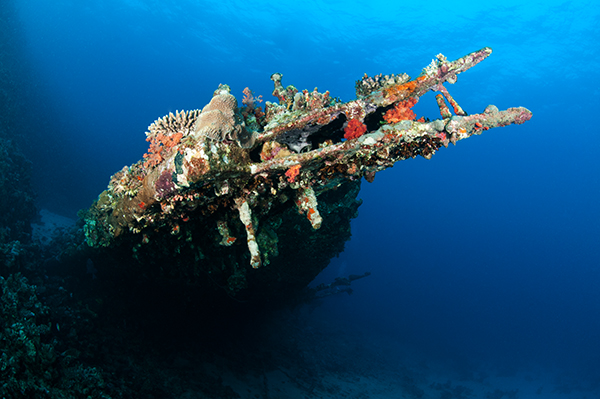 The Bow of the SS Carnatic, that ran aground on a reef in 1869. She is lying at almost 90 degrees and has become very much part of the reef that holed her. 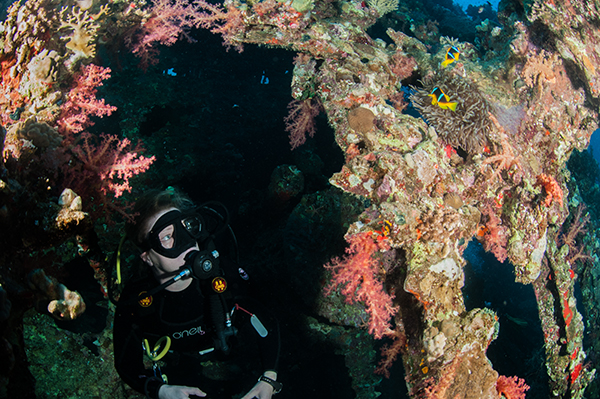 swimming up through what was once the deck of the Carnatic, the wood deteriorated rapidly. 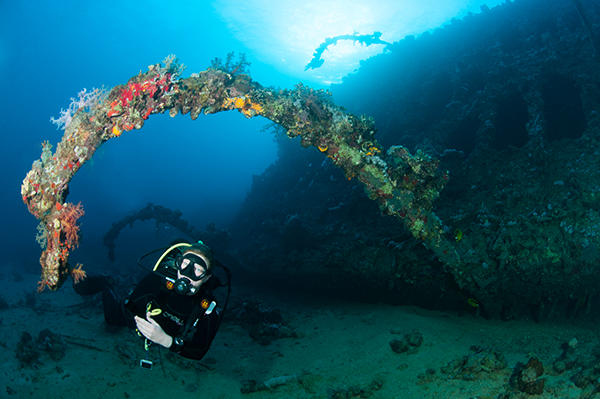 One of the Carnatic’s life boat davits experiences strong currents 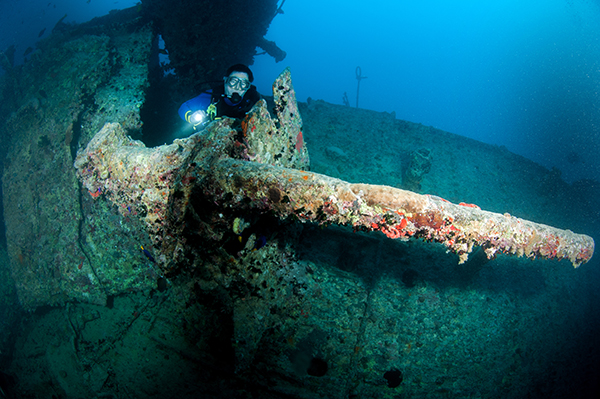 A mixture of rust and encrusting life is cloaking this anti aircraft gun on the SS Thistlegorm, sunk in 1941 by Nazi bombers.  Sadly, 9 crew were lost.