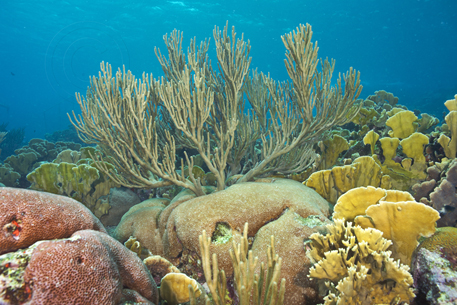 Hey gang, I have a BEAUTIFUL coral reef scene for you all today that I took in around 25 feet of water in front of the Sea Aquarium, or Shipwreck Point as it’s known around here. This is a mixture of soft and hard corals with the centerpiece being the soft coral gorgonian surrounded by the orange fire corals on the right and massive colonies of starlet corals on the left and in the middle. This is a great example of what a healthy coral reef should like and I pray it stays this way even though scientists are predicting warmer seas here later in the year which could end up bleaching everything. MORE