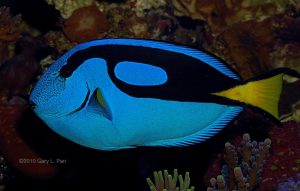 We’re doing old-school Reef Threads this week. Our topics include captive breeding of the Paracanthus hepatus tang, evaluating tank parameters, and dealing with anemones.—Gary and Christine