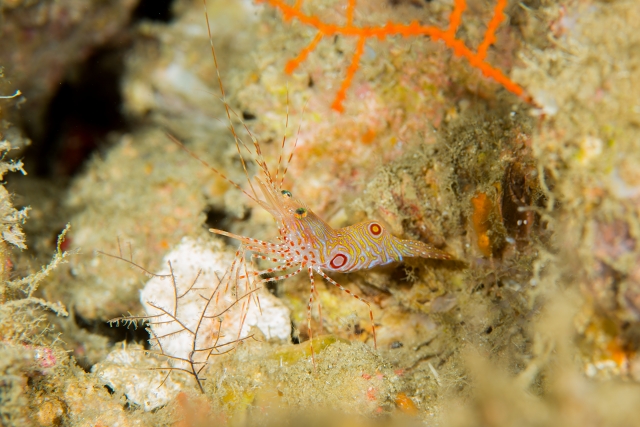 Plesionika is a highly diverse and poorly known group of delicate shrimps that constitutes a considerable crustacean component of mesophotic reefs throughout the Indo-Pacific. Several species have been known to sporadically show up in aquarium exports (most often in Japan), and, for a more thorough account of these, you can read more about them in my earlier article covering this genus. Today, I’d like to focus on one of the more eye-catching examples, which recently turned up for the first time in the Philippines. 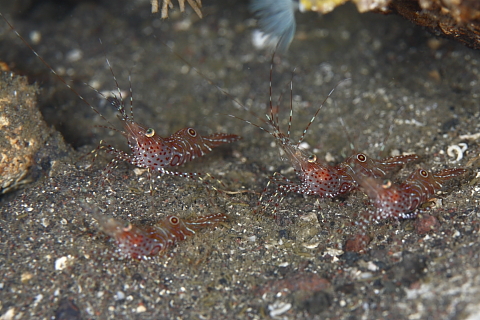 A small group observed at Osezaki, Japan. Most reports of this shrimp are from a marine park in this location. Credit: shin

The beautiful shrimp seen here has been observed on numerous occasions around the main islands of Japan, where it is usually found only in deep waters (>50 meters) and at fairly cold temperatures (13-17℃). Interestingly, it is most often reported to occur in small groups with the potent sand-dwelling anemone Dofleinia armata. This is apparently a facultative, rather than obligate, behavior, as individuals are reported to quickly duck into nearby rocks when threatened (a true anemone symbiont would be expected to stay put in such a situation)—the same behavior has been seen in at least one other related species, Plesionika ortmanni. 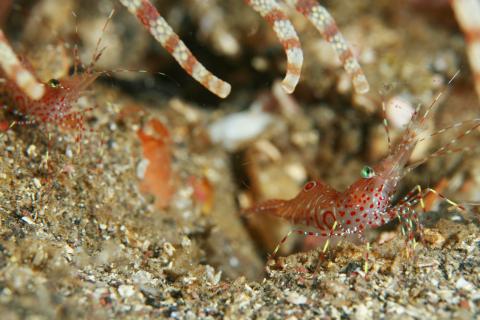 The identity of this species remains in doubt, and it is likely that it is still scientifically undescribed. It is presumed to belong to a diverse assemblage of superficially similar taxa known as the “P. rostricrescentis—P. lophotes species complex”, which tend to have prominent red spots on the abdomen. The dual red spots of our mystery shrimp is a motif that also occurs in P. bimaculata from New Caledonia and Vanuatu, but this species differs considerably in the rest of its patterning. Plesionika erythrocyclus and P. scopifera are likewise similar in their banded legs and the yellow stripes on the body, but, again, neither of these is our shrimp. For now, it is probably best to refer to it as Plesionika cf bimaculata. 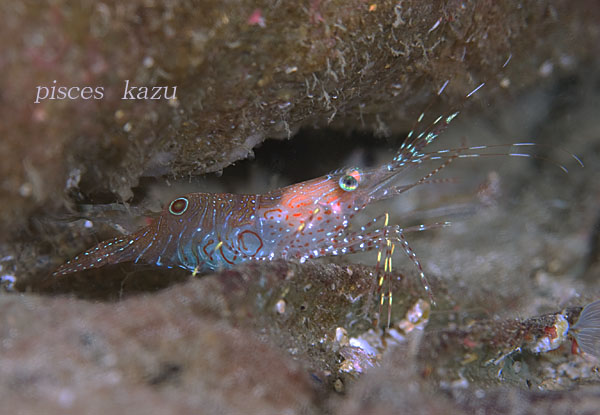 With this beautiful species now known from the Philippines, as well as reports of a similar shrimp from the Kai Islands of Indonesia, it is quite likely that it will eventually be found by aquarium collectors working in this region. We don’t often see deepwater crustaceans making their way into the aquarium trade, as the limited amount of time divers have at these depths is usually better spent collecting the more-lucrative fishes restricted to these depths, but hopefully an exception can be made for this kaleidoscopic caridean. For crustacean connoisseurs, this pleasantly patterned Plesionika is a visual masterpiece that deserves to be the centrepiece of a mesophotic nanotank. 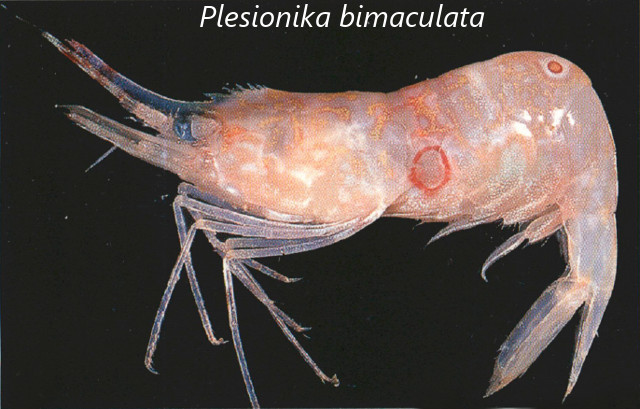 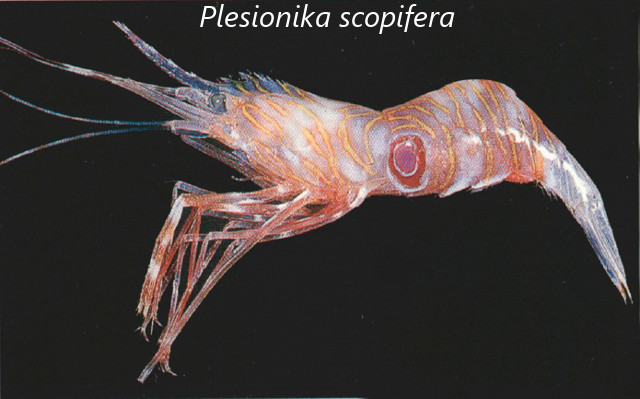 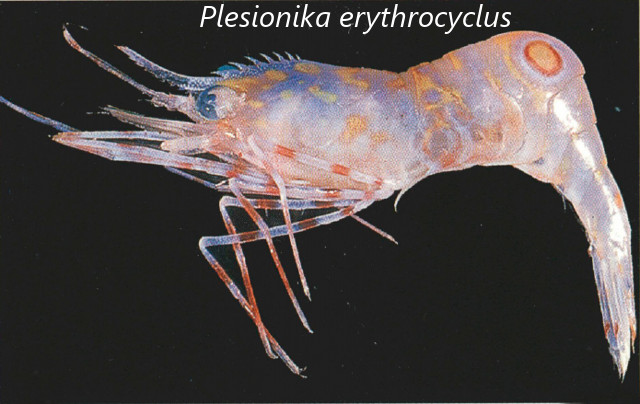 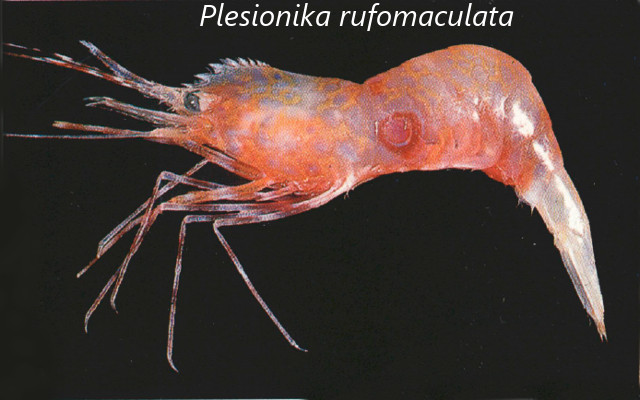