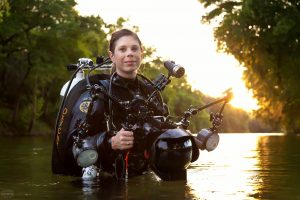 Jennifer Idol, diver, photographer, and author of An American Immersion

We’re back with podcast #285. This week we welcome guest Jennifer Idol who talks about her new book An American Immersion, and her experiences as the first woman to dive in all 50 states. Don’t miss this conversation with a talented diver and photographer.—Gary and Christine