Amphiprion chrysogaster in the wild 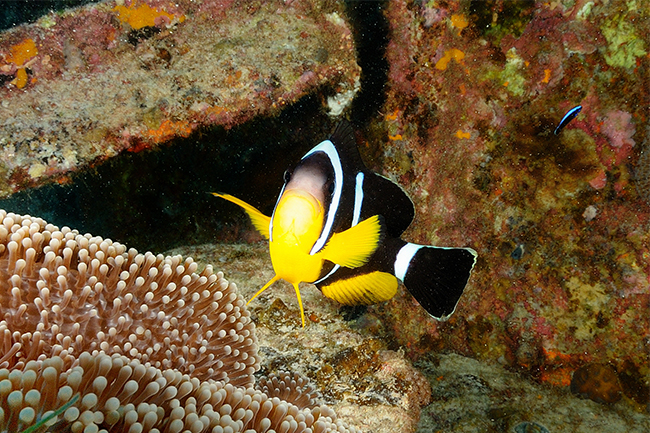 You can clearly see the fish’s tail

A few years ago, I was lucky enough to dive in Mauritius to photograph the endemic clown  species in those waters: Amphiprion chrysogaster. 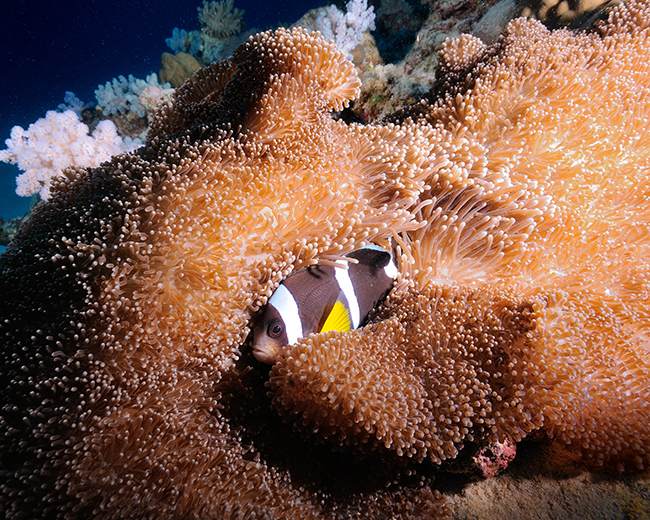 I wrote a piece about this trip at the time, but I wanted to revisit my image library and share a few more images of this rare and particularly attractive fish. 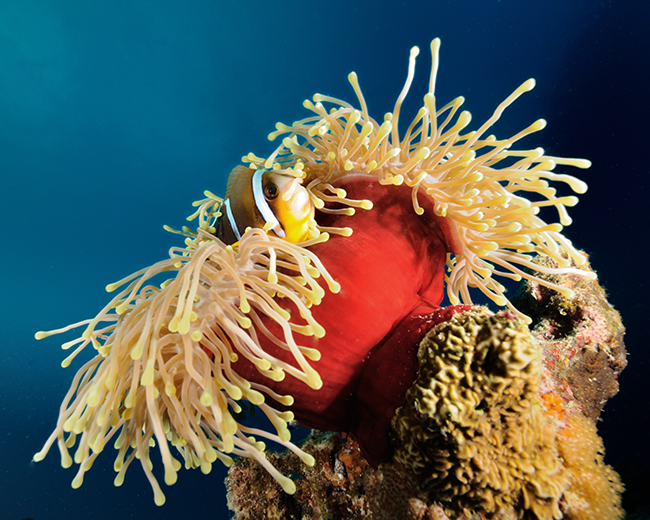 A young fish in a Heteractis magnifica

Amphiprion chrysogaster is native to the waters around Mauritius and nearby islands (Reunion as well) and despite its global rarity is not particularly hard to find.  In fact, I saw them on several dives in several anemone species, on reefs and in shipwrecks and happily found them easy to shoot. 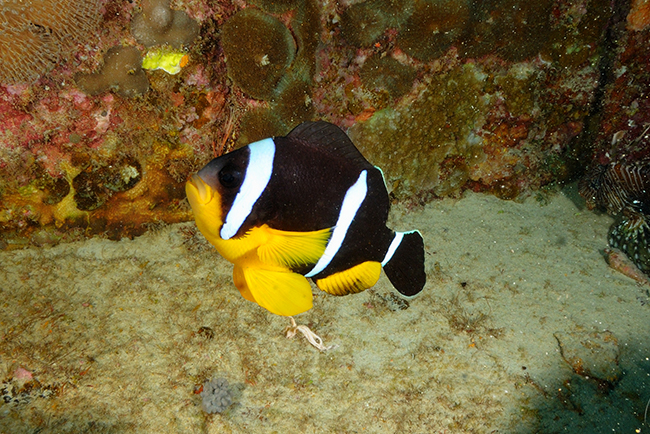 This fish was living in an anemone in a ship wreck

This fish, like many others in the family, changes coloration as it matures, from a cute and very bright juvenile to a darker, yet still quite smart adult, reminiscent of many in the Clarkii group. 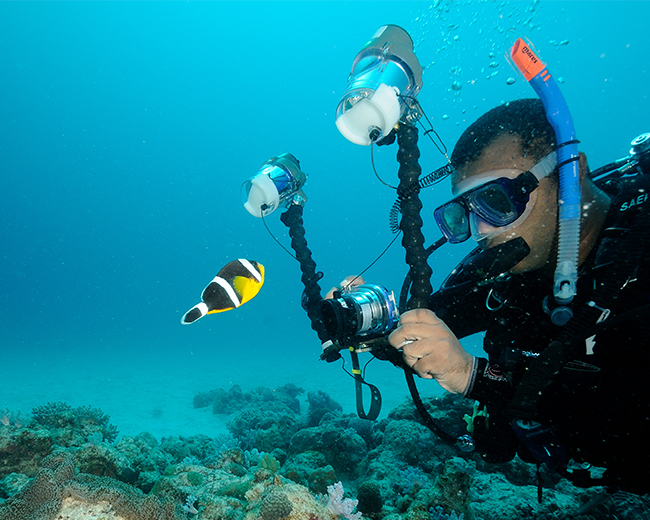 It can be recognized by its black tail with white upper band, and white stripe on the upper rear portion of the dorsal fin.

I am reliably informed that the fish is quite easily kept in captivity.