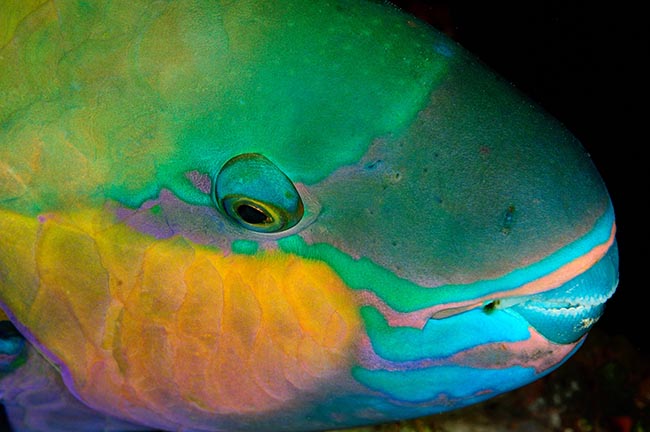 The first time I heard this claim I was skeptical; it seemed like one of those things that divers tell each other ‘cos they’ve heard someone else say it and they take it as gospel.  I have to say though, I took it a little more seriously when I was diving and suffered the indignity of a passing parrotfish ‘letting rip’ above my head.  I ended up with a good amount of fine white coral sand in my hair, even after the dive. 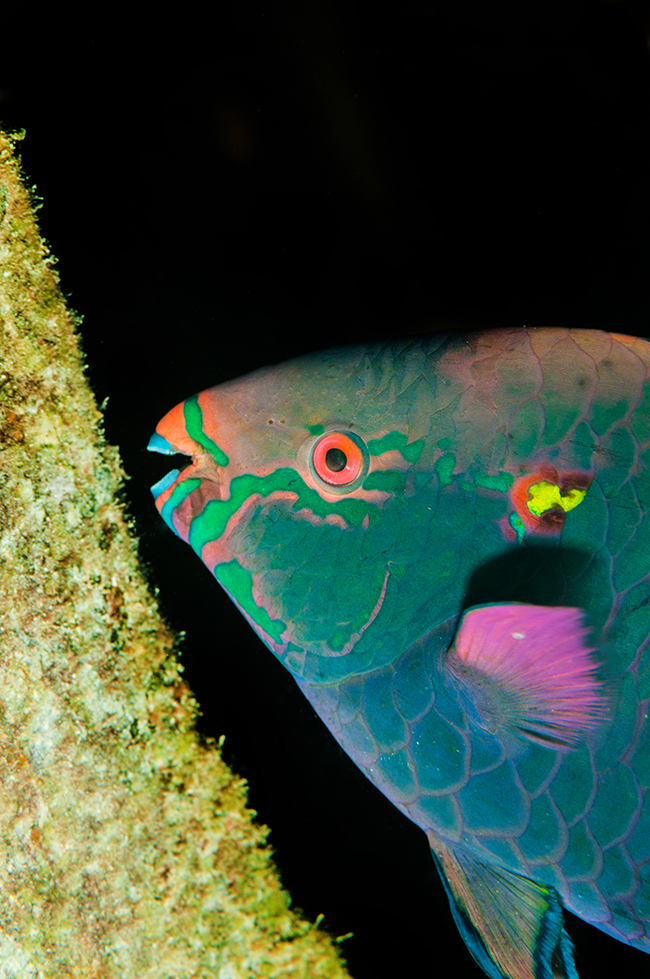 We all know that Parrotfish dentition allows them to graze away on reefs so they can digest the organic components and ‘discharge’ the rest.  We also know that Parrotfish are important in keeping reefs healthy, and where they’ve been fished out, reefs can become overgrown with algae and exhibit overall lower coral diversity, but is the ‘your favorite beach is all poo’ claim true?

A quick trawl online revealed quite a few blogs and posts from across the spectrum of trustworthiness, but there seems to be a consensus that seventy percent of white sand is Parrotfish-derived.  I assume the rest is attributed to wave action and other physical erosion.

Another figure often quoted is around 100 kilograms of sand per fish, per year, though I did come across references to a study estimating that one species (Scarus rubroviolaceus) can produce over 300 kilograms per year. 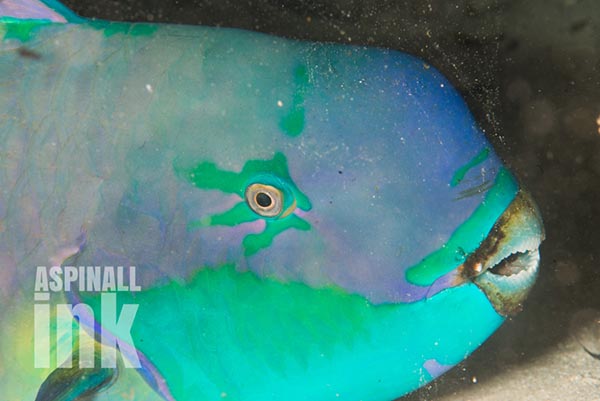 Chlororus gibbus.  You can clearly see how the fish’s teeth are fused to form the ‘beak’.  They have grinding teeth at the rear of their mouths to process the coral.

I also came across a study reminding us that island nations such as the Maldives are reliant on sand production to stay above the waves.  In this study, parrotfish were estimated as being responsible for up to 85 percent of sand generation, and interestingly, Halimeda was estimated as producing a further ten percent.

Long Island Collecting Log: The cobia is an awesome fish, best left in the ocean