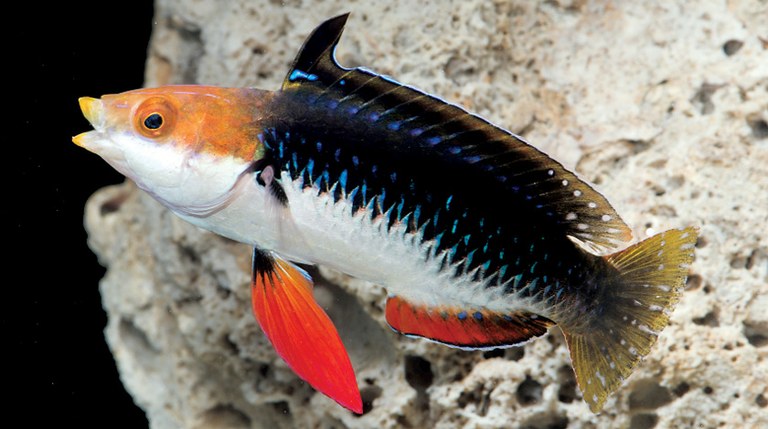 Cirrhilabrus hygroxerus is found in fairly shallow waters (about 18–37 meters deep). Like many other fairy wrasses, the researchers note “its habitat appears to be localized to sloping rubble bottoms with scattered, low outcrops of rock or coral and occasional large coral outcrops.”

The new species is most similar to Cirrhilabrus humanni (another recently described fairy wrasse) and C.morrisoni.  These three fairy wrasses appear to have allopatric (geologically isolated) distributions in the Timor Sea.

Gerald R. Allen and Michael P. Hammer gave Cirrhilabrus hygroxerus the common name ‘monsoon fairy wrasse,” named after Monsoon Aquatics, who provided the type specimens and habitat information that allowed for this species taxonomic study published in the Journal of Ocean Science Foundation.   The formal species name, hygroxerus, is a combination of the Greek hygros, meaning wet, and xeros, meaning dry – a reference to the monsoonal cycle of wet and dry seasons of northern tropical Australia.