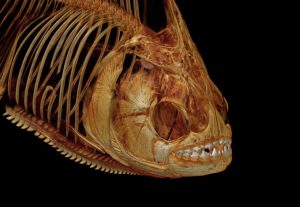 3D image of a piranha generated by the Adam Summers, Univ. of Washington program

We return for the 287th time. This week’s topics include fish breeding, Kathy Leahy, the Long Island Aquarium reef video, MACNA, anemone tanks, lionfish at Wegmens, and 3D scans of fish.—Gary and Christine