A Better Look at the Newly Discovered Fairy Wrasse 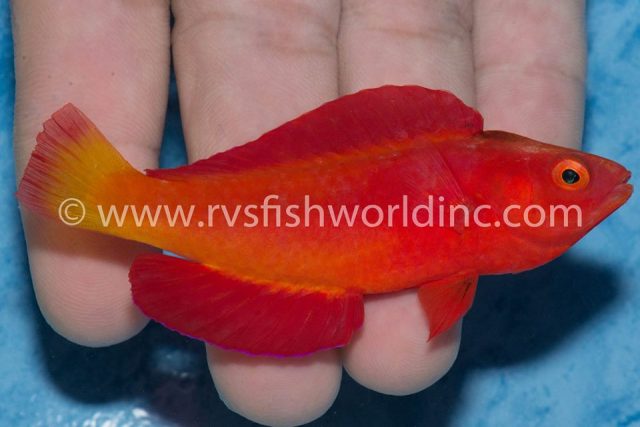 Here’s a fresh crop of photos of the gorgeous new fairy wrasse species that was just hauled up from the Northern Philippines. The colors are really impressive on this fish, with its bright red dorsal and ventral fins and the blended orange and red hues of the body. And the black pigmentation atop the head is an interesting trait that we don’t find too terribly often in Cirrhilabrus, occurring only faintly in C. claire and quite strongly in C. laboutei. 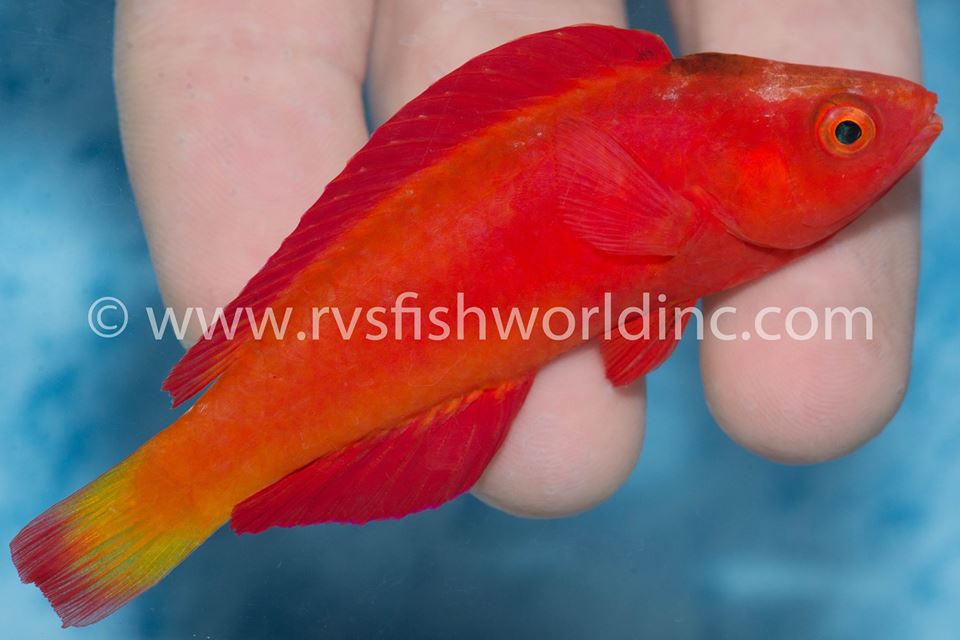 The pelvic fins reveal a trace of darkening near their base, which is a common feature in its nearest neighbors, C. roseafascia and C. lanceolatus. In other respects, this fish is quite unique. Most notable is the apparent lack of any prominent striping along the back and face. These are the patterns that tend to light up during nuptial displays, so it’ll be interesting to see how this species colors up. The related C. rubrisquammis from the Maldives is also seemingly unstriped, but, when displaying, develops a prominent stripe right where we would expect for this group. For more information on this fish, be sure to check out my earlier post from today. 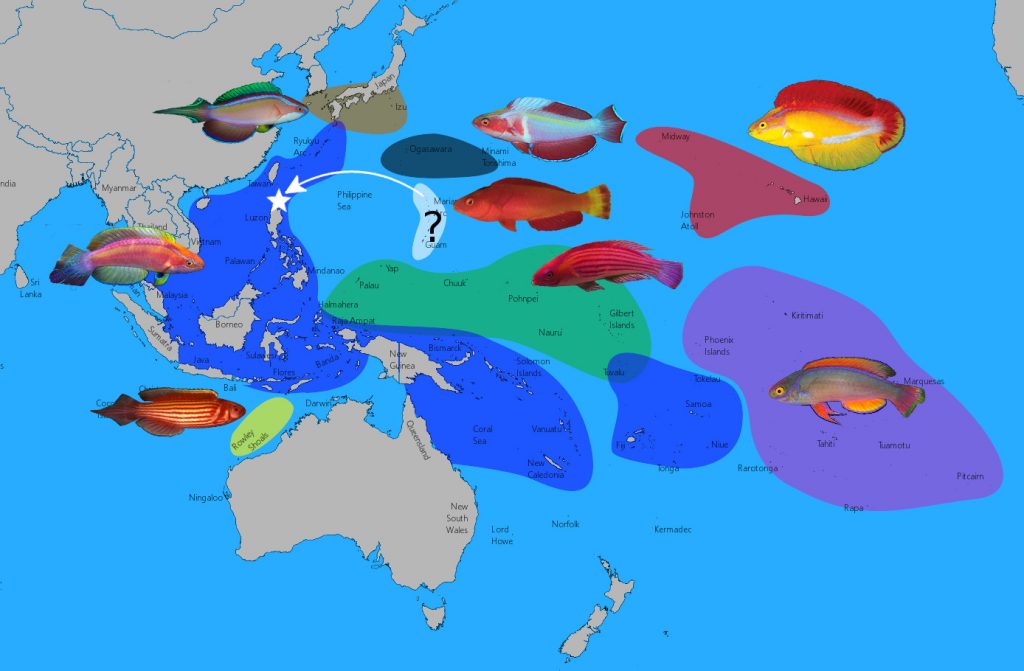