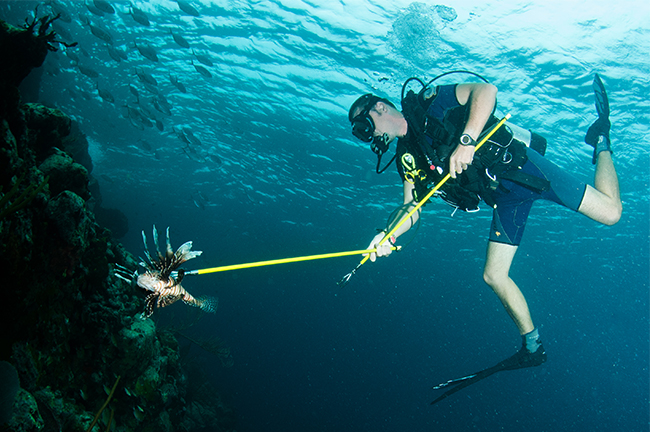 A great deal has been written about the problem of invasive lionfish in the Tropical Western Pacific and how the two species, Pterois volitans and P. miles, are ‘chomping’ their way through native fish species.  A new approach might see robots dealing with the fish where humans can’t. 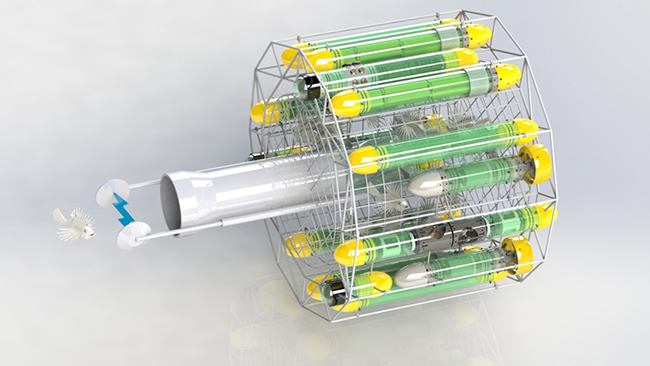 Lionfish control has, so far, involved humans spearing, trapping and otherwise dealing with the lionfish.  I’ve taken part in a hunt myself, and while it works on a limited scale, it clearly isn’t dealing with the problem:  The fish are spreading rapidly despite the number of fish, divers and conservationists that are fighting them off.

Lionfish behavior is also quite adaptive; the fish are becoming wary of divers and are increasingly hunting below the levels divers can reach.  What is needed is a semi-autonomous device that’ll do the job for us.

Cue a prototype device from not-for-profit organisation Robots In Service of the Environment (RISE).  One device electrocutes the fish, and appears to be operated via a video link.  The operator maneuvers the device until a fish is between a pair of paddles, which can deliver a charge sufficient to kill the fish. Another prototype utilizes a spear gun. 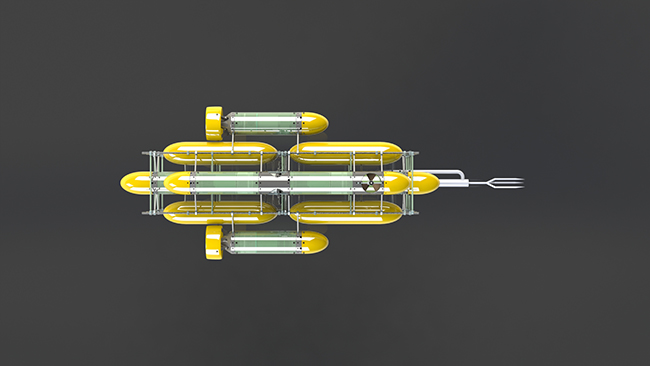 For me this poses a number of questions, over and above whether it will work or not.  Will people or organisations buy them and operate them?  Will the fish learn to avoid them as they have with human spear fishers?

Personally, I can’t see devices such as this making a meaningful impact in the population, especially in areas where funds are limited.  Many cash-poor governments will not have the resources or personnel to purchase, operate, and maintain sophisticated ROVs.

I wish they would of course, don’t get me wrong.

Maybe such devices will play a role in protecting specific areas of reef, where fish populations can be maintained by removing lionfish?  These methods, coupled with other conservation measures might preserve areas of biodiversity, but only time will tell.

Have a look at: