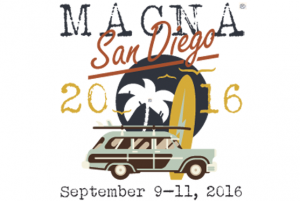 Find us at MACNA. We’d like to meet you.

It’s MACNA week and we’re headed to San Diego. Looking forward to meeting lots of listeners at the big show. If you can’t attend, watch us live from the show at 3:00 Pacific time Friday and Saturday and 11:00 Pacific Sunday.—Gary and Christine