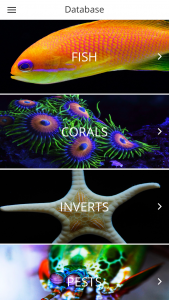 Check out the new Reefs.com app for IOS and Android

We’re back with more reef-aquarium stuff. This week’s topics include vintage Foster & Smith t-shirts, vendors who support hobbyists, the Reefs.com app, and Saltwater Aquarium Basics: 9 Success Tools. Download the podcast here, or subscribe to our podcasts at iTunes. Also, follow us on Twitter at reefthreads.—Gary and Christine