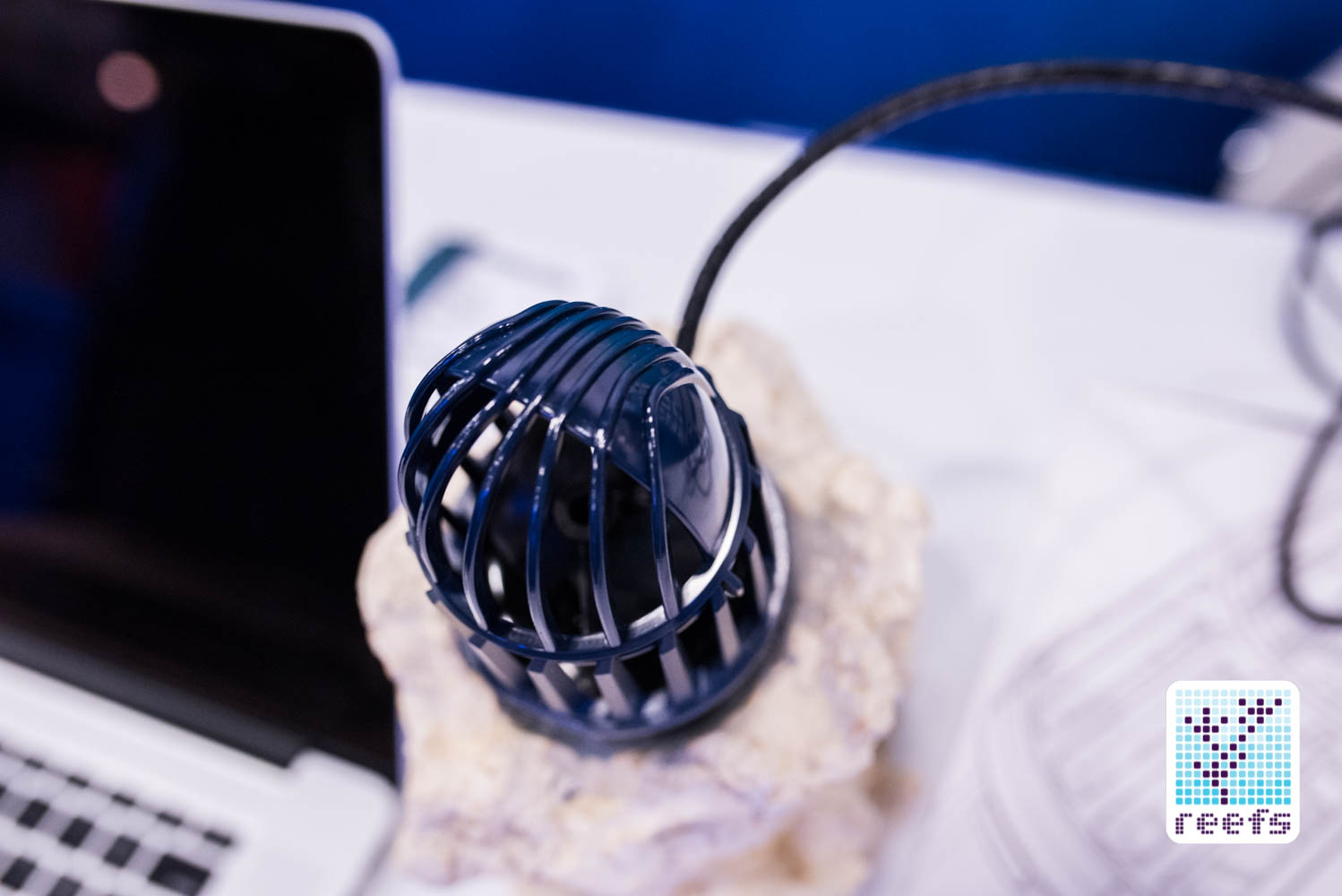 Tunze Aquarientechnik, the legendary Bavarian company, had a minimal setup this year at MACNA, but all of the manufacturer’s latest products were on display and there was quite a crowd at the booth. The soon-to-be-released wave pump, Tunze Stream 3, took center stage, and I was able to talk to the company’s representative about this and other new products that will soon be hitting the North American markets. 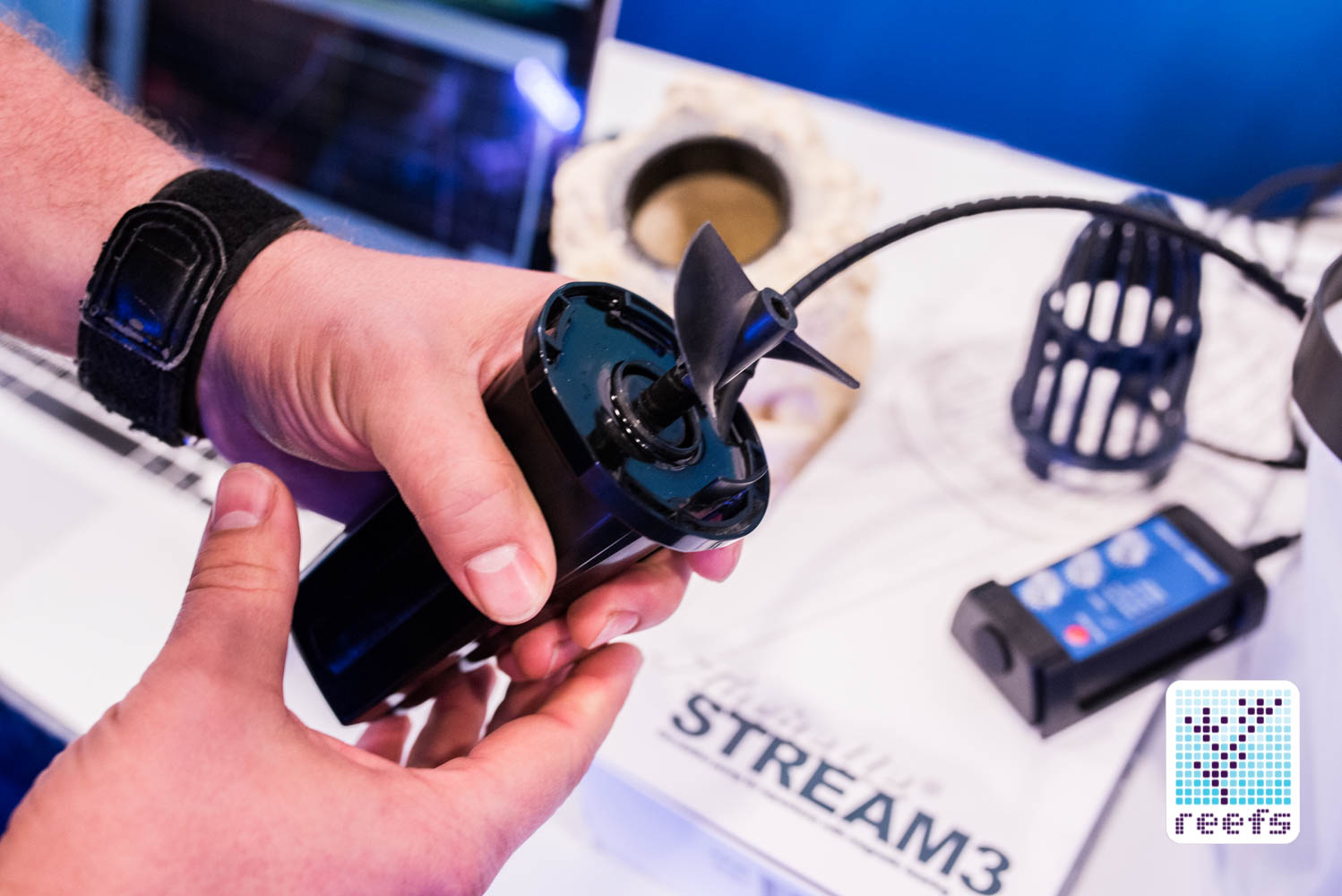 Tunze Stream 3 without a grill cover

You may have heard about Tunze Stream 3 back when it was displayed at Interzoo, but in case you missed it, this latest development in water-moving technologies is as interesting as it is unorthodox. First of all, it looks quite different than the latest offerings by other major manufacturers. I call it an “underwater microphone pump” because it resembles a small studio microphone. It is held by a double magnet (which is as strong as the other tunze magnets that easily hold equipment even on 5/8”” glass), draws water from one side of the tube and pushes it out through an egg-shaped grill on the other, and can be mounted vertically, horizontally, or at any angle in between to create directional flow and, most importantly, hides some impressive hardware under its signature black-with-blue-accents body. 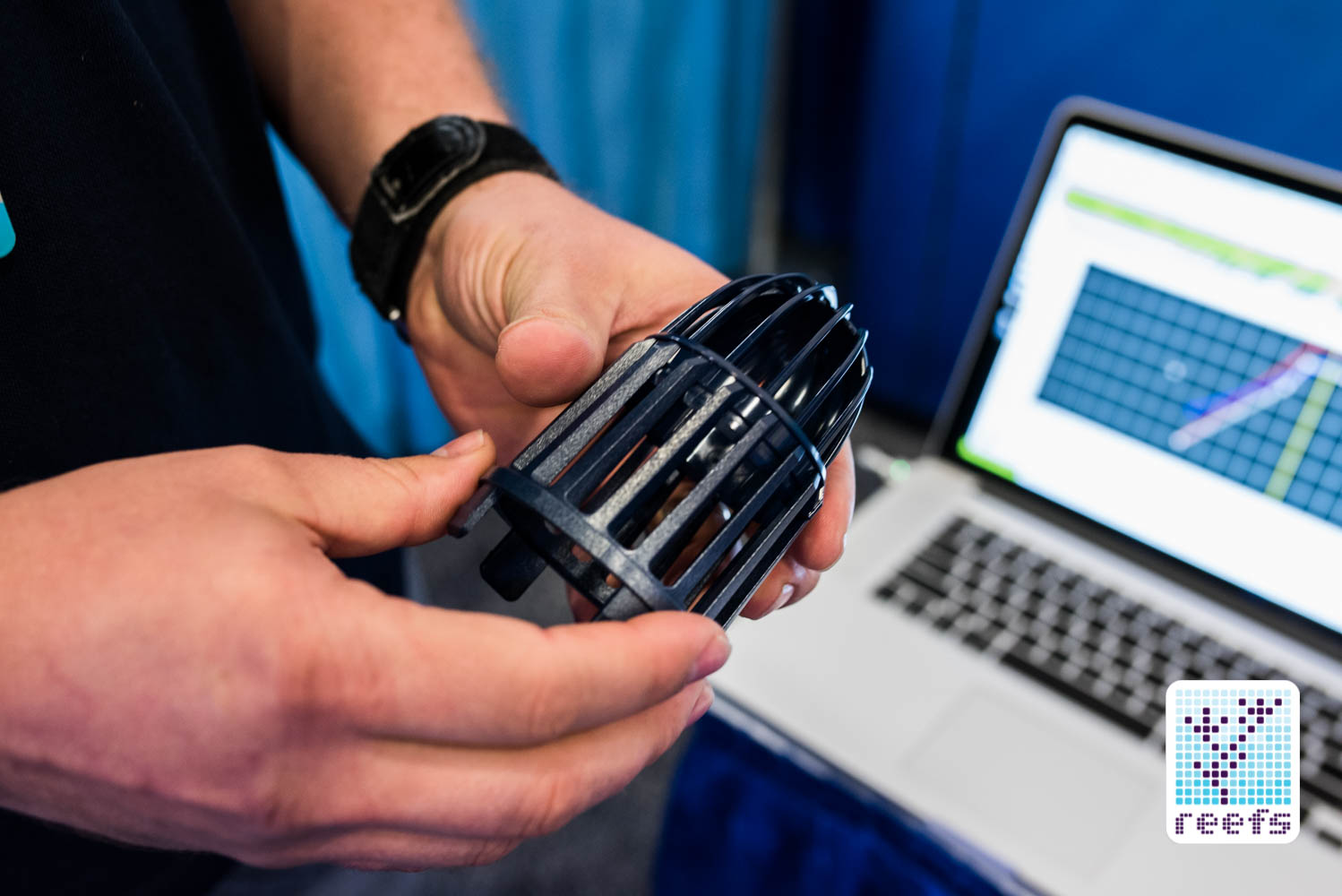 tunze Stream 3 is the world’s first aquarium pump with a magnetic- bearing drive. The impeller inside Stream 3 levitates in the motor shaft, and no moving parts except a single tiny bearing (made out of almost unbreakable technical ceramics) touch the sides of impeller shaft. This latest invention has two very impressive features: tunze 3 is dead silent (confirmed, there is no sound coming from the pump, only from the water swirling out of its propeller) and, according to the manufacturer, it will “last forever”. tunze is so confident about this pump being a steady performer that they are giving it a 5 year warranty. From a technical standpoint, Stream 3 has an adjustable DC motor that can move 660g/h up to 3,962g/h with a maximum energy consumption of 50W, and comes with a dedicated controller that emulates various flow patterns. The pump will ship later this year, along with an optional ceramic rock that helps camouflage it inside live rock. 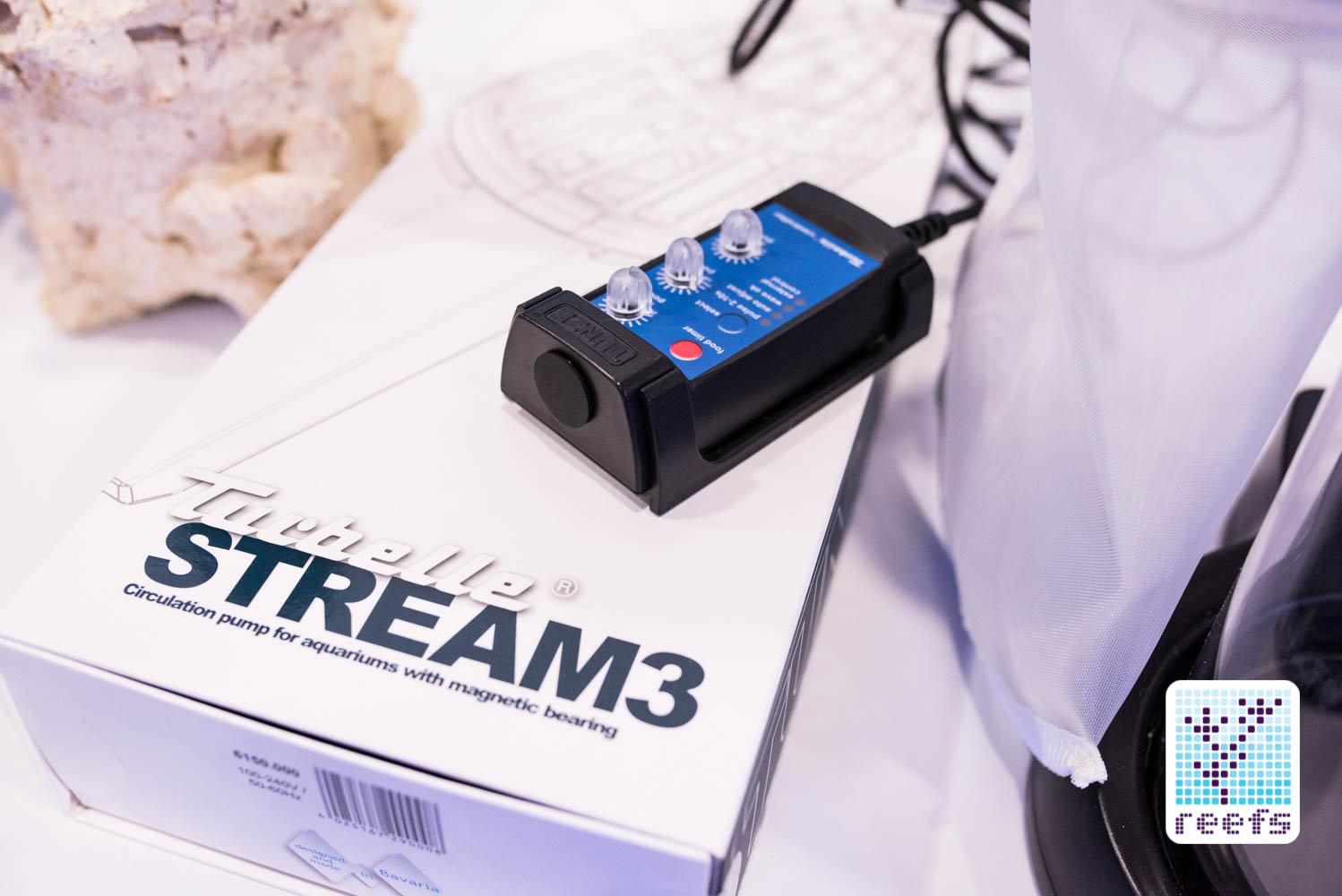 In addition to the Stream 3, tunze proudly displayed its own version of an aquarium controller, the Smart Controller 7000. Built specifically with other tunze products in mind, the SD 7000 can control up to 4 devices (Turbelle pumps, tunze proprietary LED lights, probes, and switchable outlets), has a built in touchpad, a numeric display, and a WiFi module for remote viewing/adjusting (via a dedicated web interface). 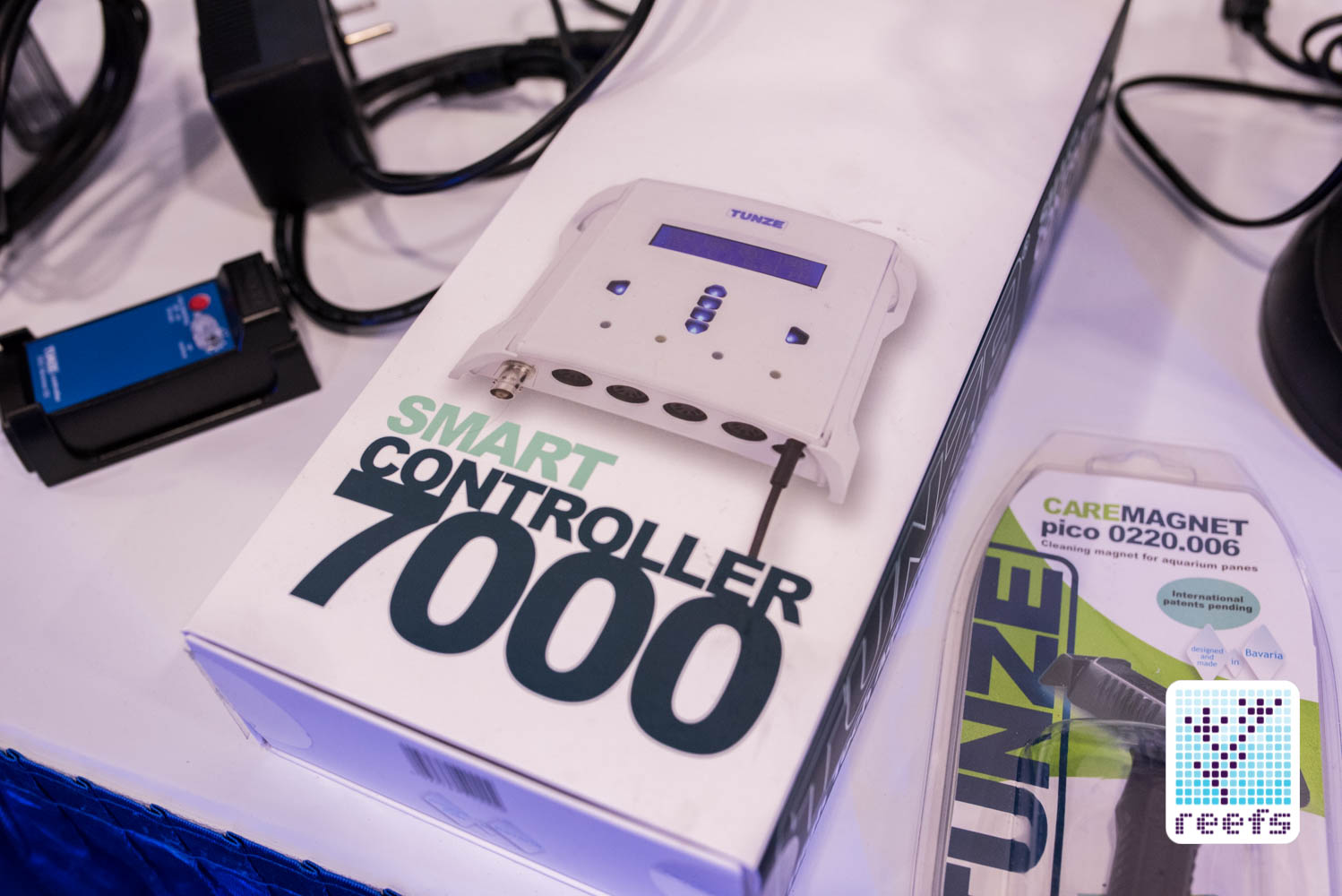 Other new additions in the tunze line of products included a “refreshed” line of skimmers, now with adjustable DC pumps, and a new tunze Calcium Automat, a redesigned calcium reactor that aims to compete with the modern calcium dosing devices others have been promoting. 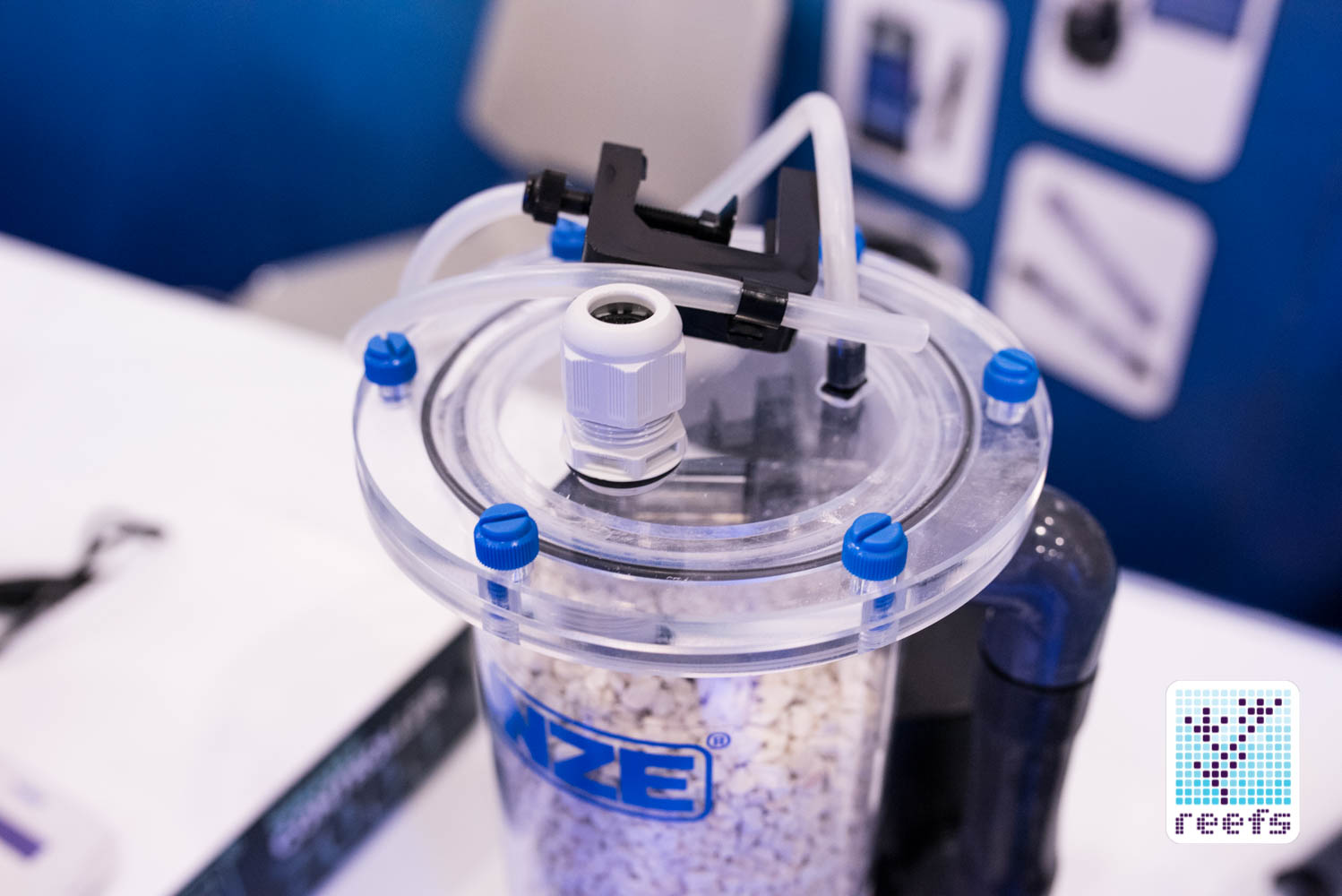 Salty Q&A: Can We Do Better for Beginners than Caveat Emptor?