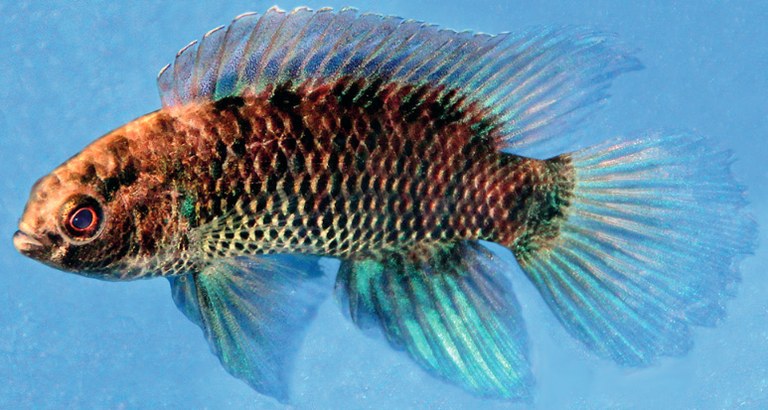 The Badis, sometimes referred to by aquarsts as a dwarf chameleon fish, is a small tropical perch from South Asia.

Badis badis is the most recognized species (and regularly available to aquarists). Badis pancharatnaensis is the newest species and represents the 23rd species of the genus.

The new Badis is found in reverine wetlands of the Brahma putra drainage at Goalpara district, Assam, India.  The wetlands are densely vegetated, as the accompanying photo shows.

Badis pancharatnaensis exhibits no sexual dimorphism, meaning the males and females look the same.  Badis  have been successfully bred in captivity.

The new Badis is described in Vertebrate Zoology.

Aqamai LRS: the best for nanoreefs? Let’s do a PAR test in our Review