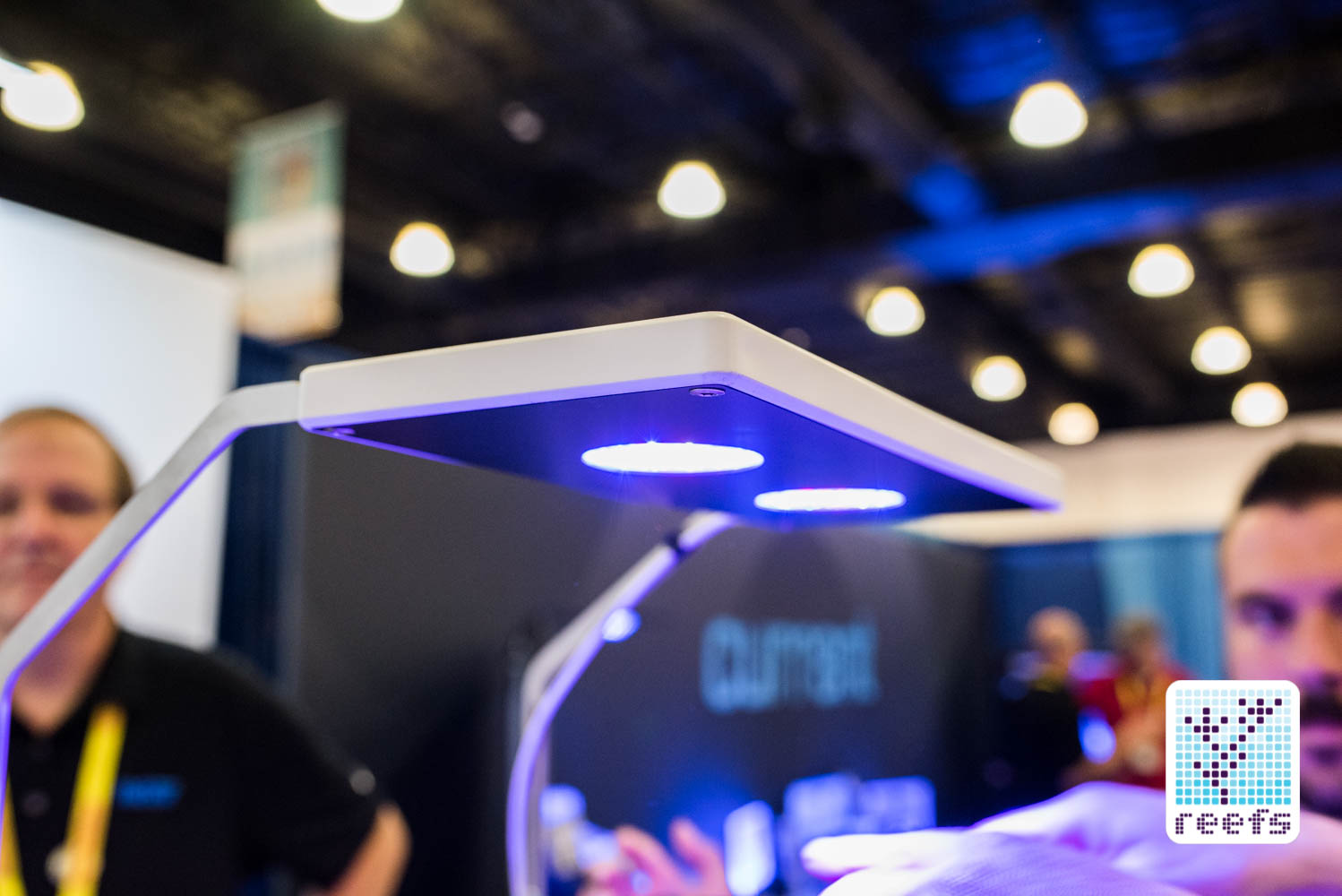 Aqamai, owned by the Italian manufacturer Hydor Group, is a completely new brand of products.  The line is designed and manufactured in Italy, and is targeted to a specific client base – a modern reefer that cares about both looks and functionality in aquarium equipment. 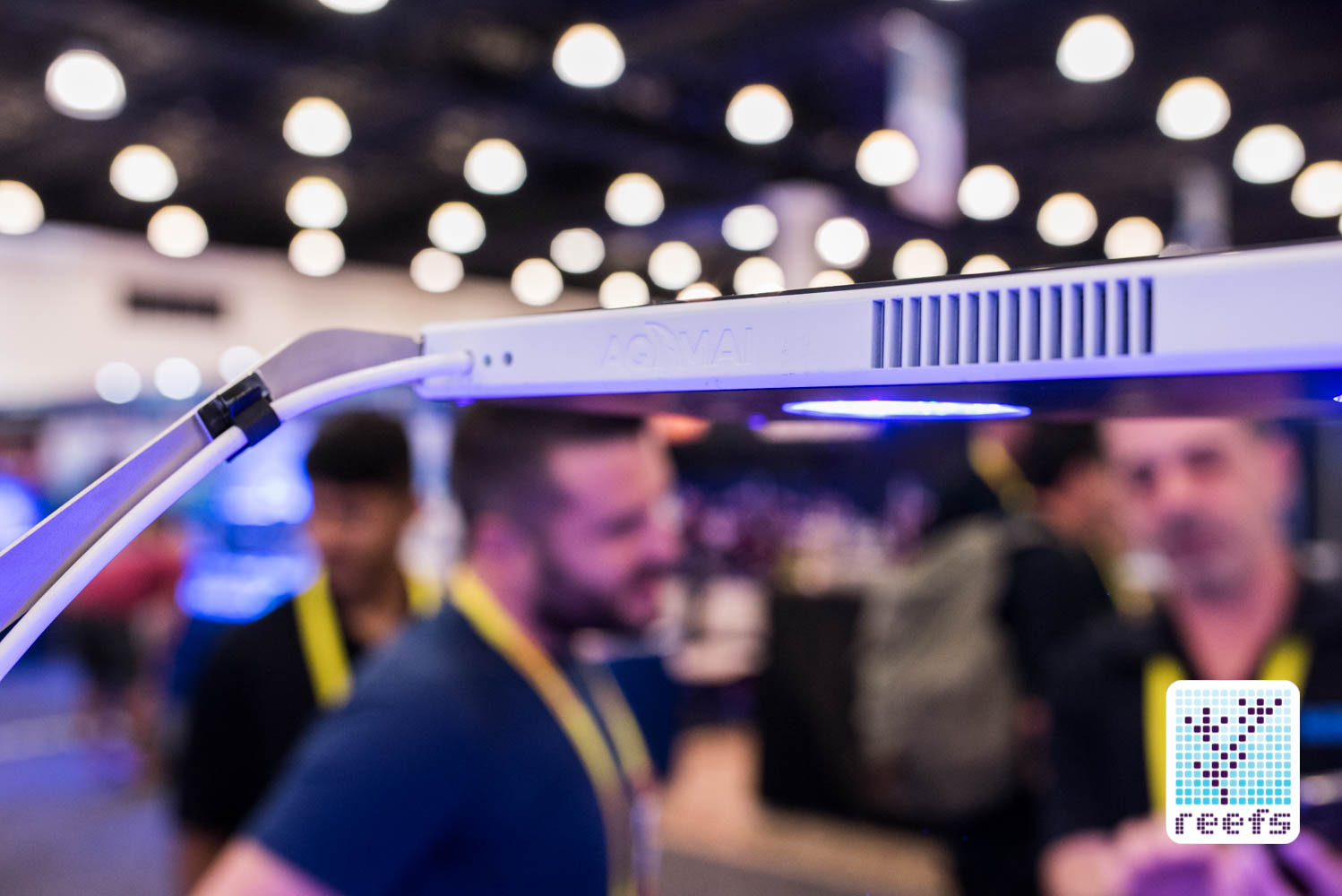 The backside of Aqamai LRM light

The company is planning to release two flagship products this fall- a circulation pump and a LED light. These devices share some interesting features, including a built-in WiFi module and a corresponding mobile app to remotely control each one’s functions.
The LED light, named Aqamai LRM, was the shining star at the manufacturer’s booth, and with good reason- the sleek looking, slim-form LED panel shows the beauty of Italian design. From a technical standpoint, Aqamai LRM is no “amateur” either- there are two clusters of 15 high-power LED emitters situated under a collective lens, grouped in 8 colors and 6 channels of control with a maximum energy draw of 80W. I saw the dedicated mobile app in action, and it felt intuitive and easy to understand. There is a manual mode where you can adjust the intensity and color spectrum of the light output, as well as a scheduler in the form of a weekly graph, much like we’ve seen in other company’s light apps. 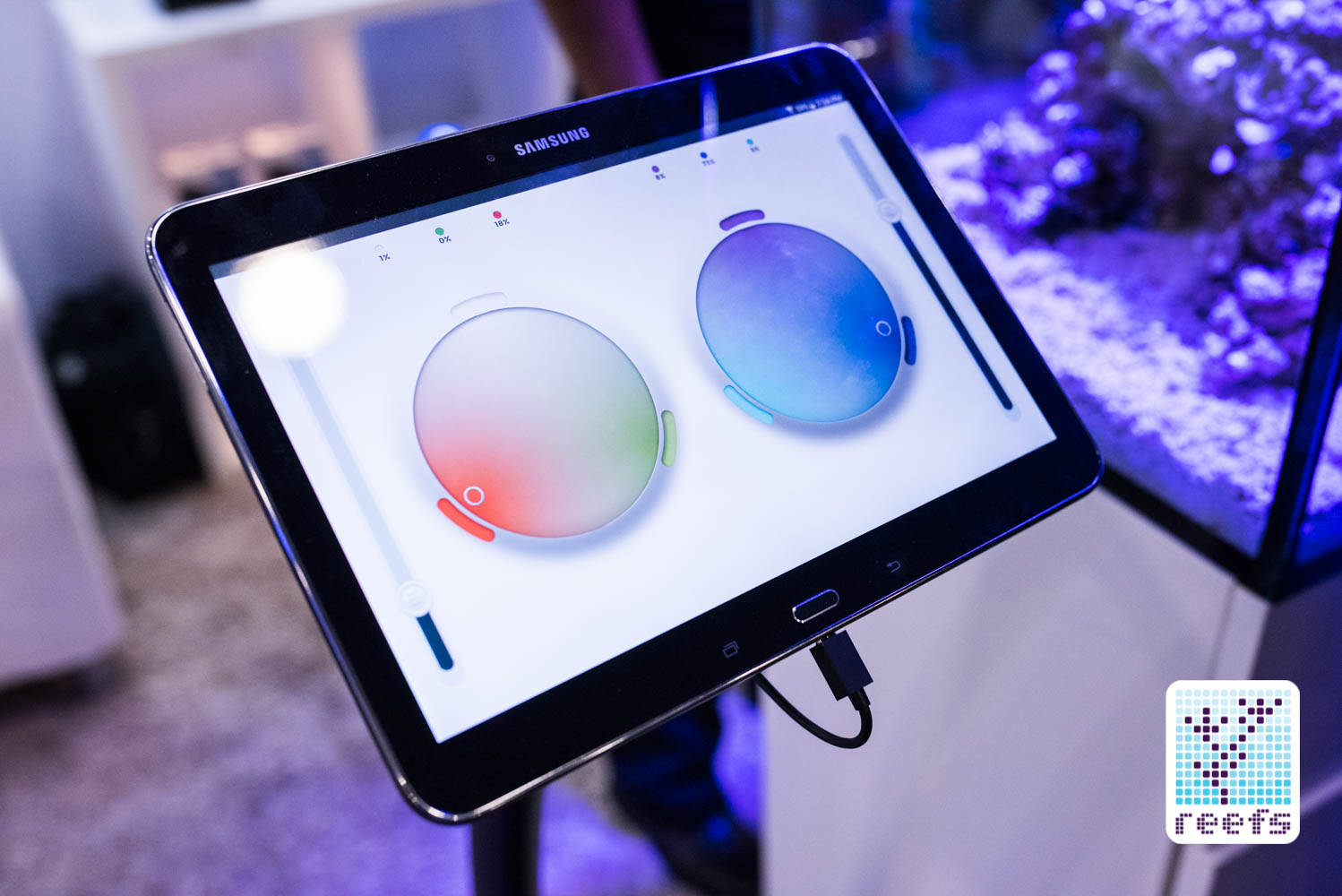 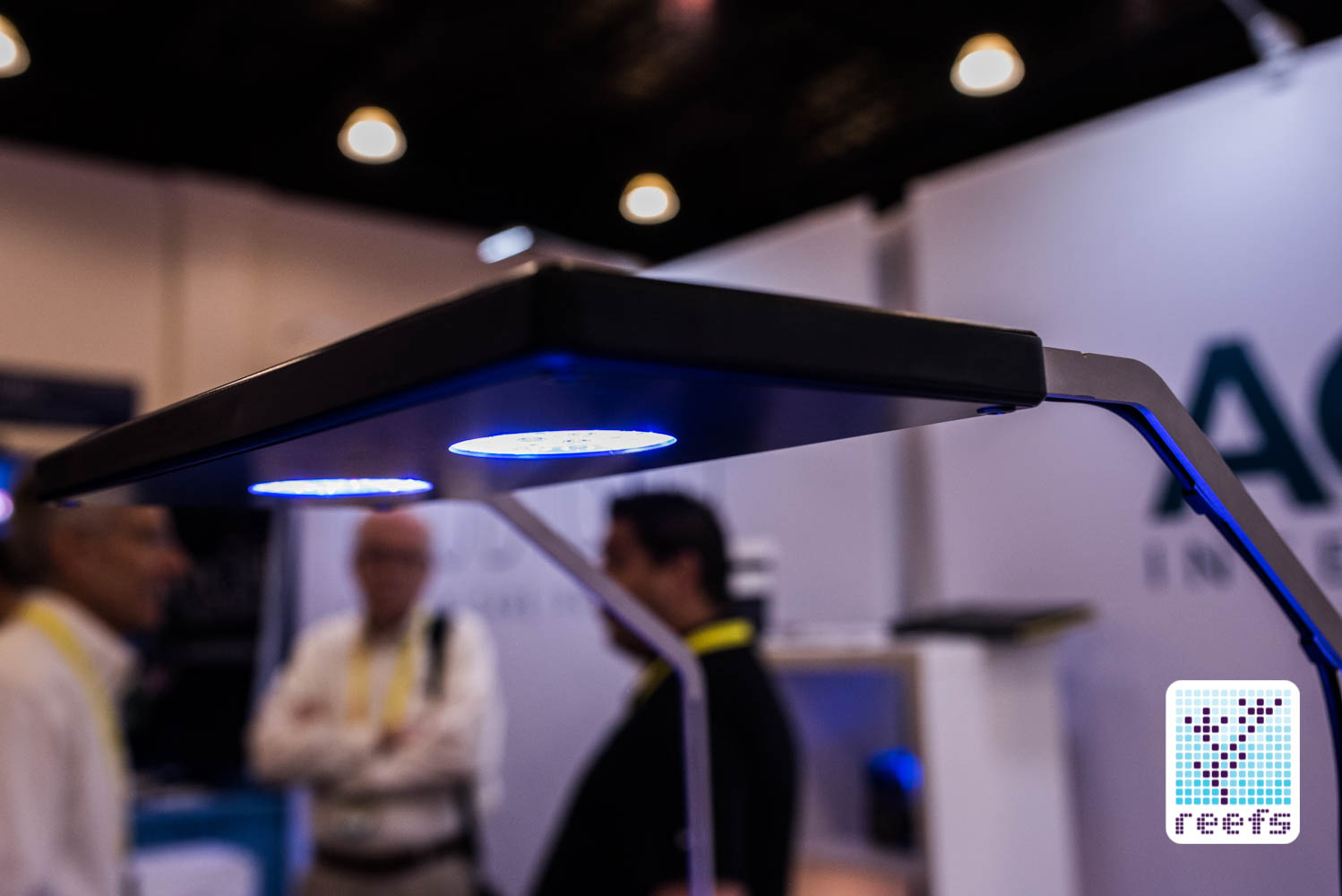 The second product in the Aqamai lineup is called the KPS and it’s basically a magnet-mounted, swivel head propeller pump. As with the LRM light, the pump is fully controllable via a dedicated app, where you can change various flow modes and create a complete schedule of daily changes in flow patterns and intensity. KPS is a very compact pump, yet Aqamai claims it is able to produce between 370-1050 gph of flow, with a maximum energy use of 10W. 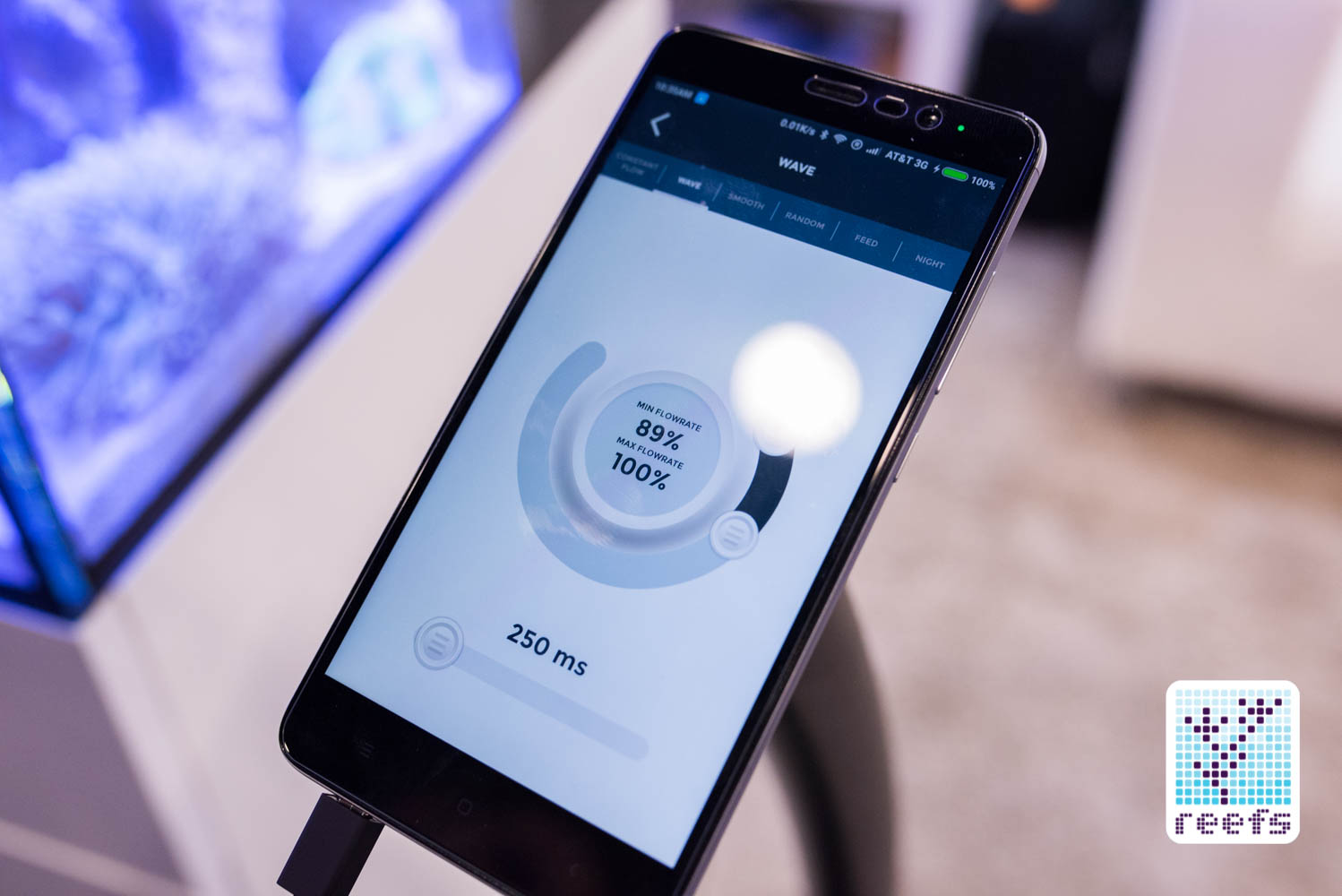 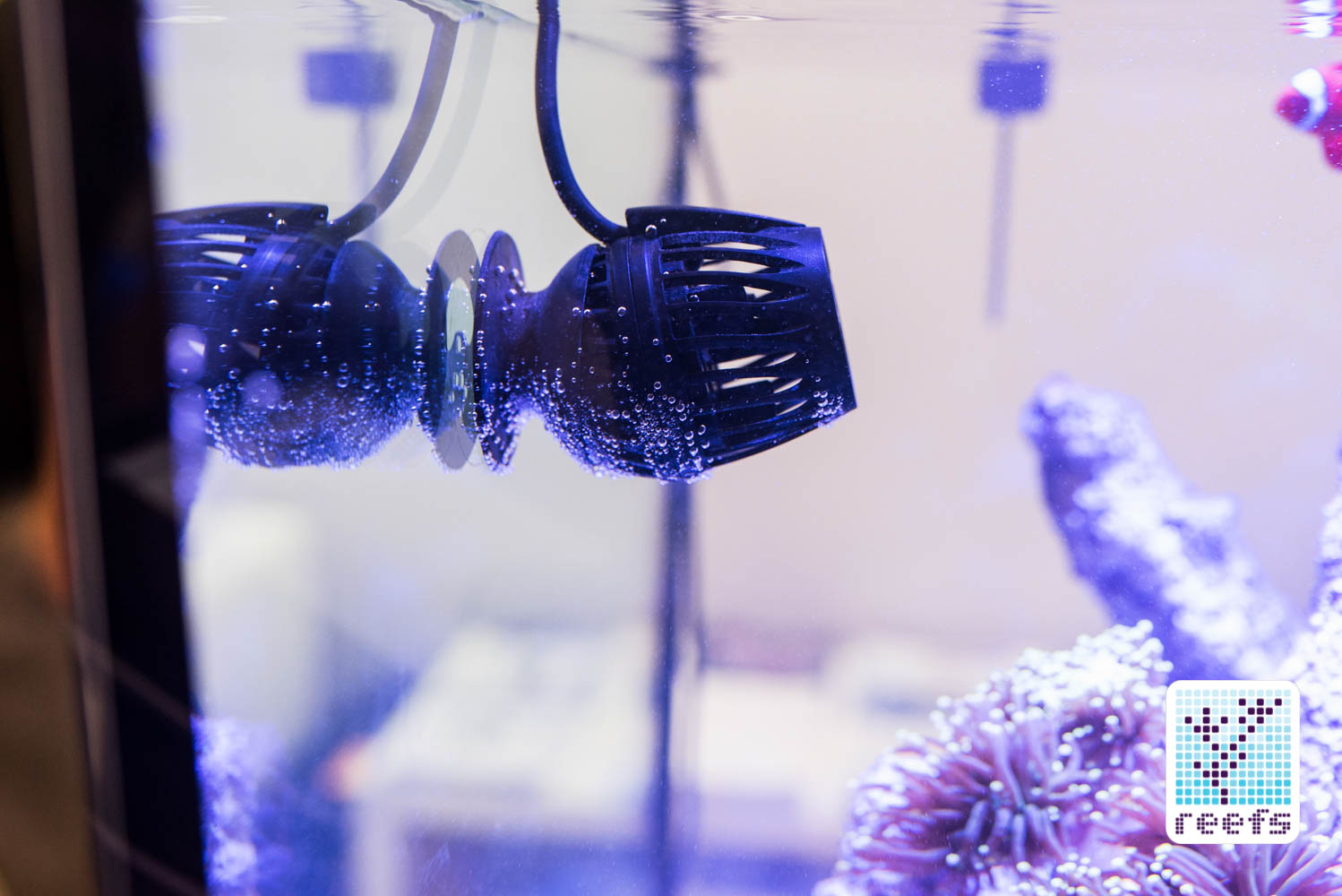 Aqamai is an interesting new addition to the market, and is being marketed as Hydor’s high-end brand and their most technologically advanced offering. We’ll know more about that soon; Aqamai is planning to start selling its products in the US by the end of this year.
Here are a couple of photographs I managed to shoot at the Aqamai booth: