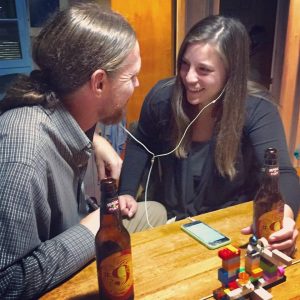 Todd and Ashleigh Gardner join us this week

It’s podcast #292 and this week we welcome guests Todd and Ashleigh Gardner to talk about marine fish breeding, teaching marine science, and raising a fearless child in an aquatic environment. Don’t miss this enjoyable chat with two terrific people. Subscribe to our podcasts at iTunes. Also, follow us on Twitter at reefthreads.—Gary and Christine

The Ruby Red Dragonet has a name