Life in the UK Seas: Soft Corals and Seals 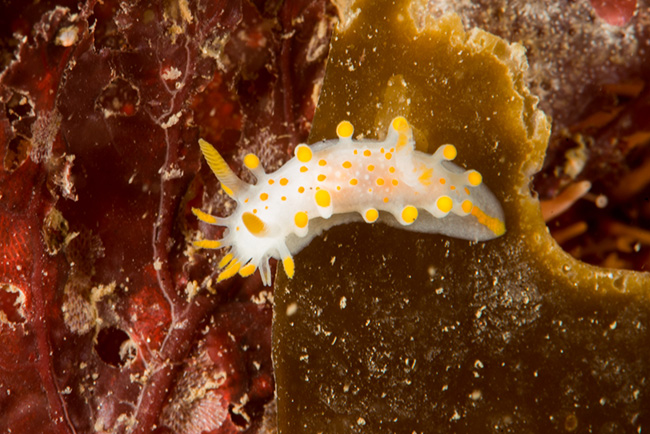 Living in Scotland doesn’t offer the chance for me to explore reefs on my door step that could ever be described as tropical – temperate would be pushing it – even in the middle of a heatwave.Despite the lack of high temperatures, the northern part of the UK still has a fair amount of coral and an awful lot of life within it. 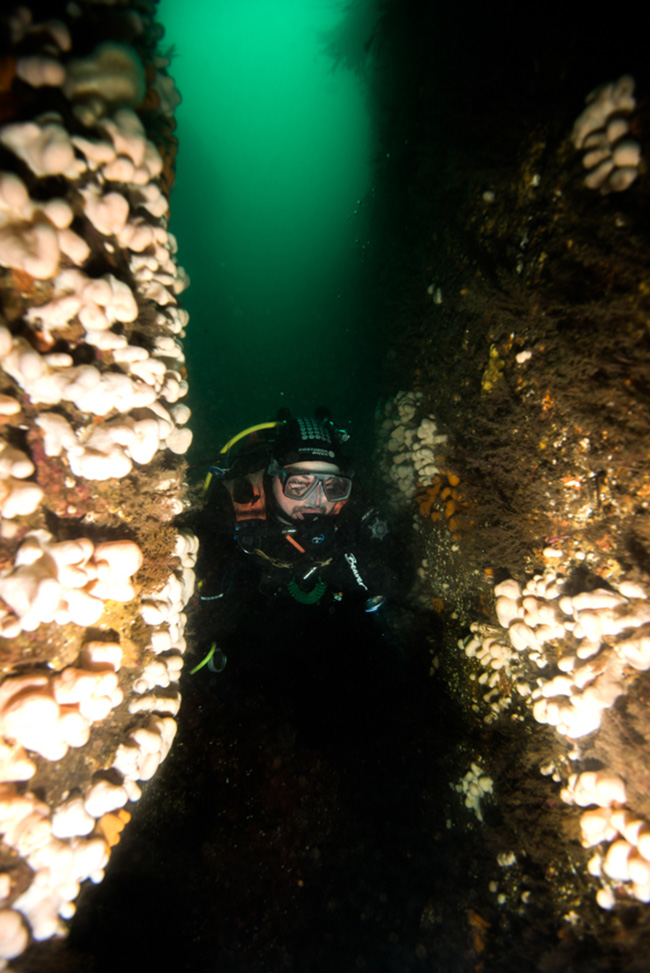 Okay, so you got me. We have a lot of coral, but not a great many species. We have a few cute cup corals, but the main coral I’m talking about is Alcyonium digitatum, also known as Dead men’s fingers. If ever there was a soft coral in need of a new name it’s this one.Presumably named long ago by fisher folk who never saw it in its natural habitat, this stuff is actually really attractive and can turn gloomy, dark and rocky sea scapes into ‘snowy’ landscapes. 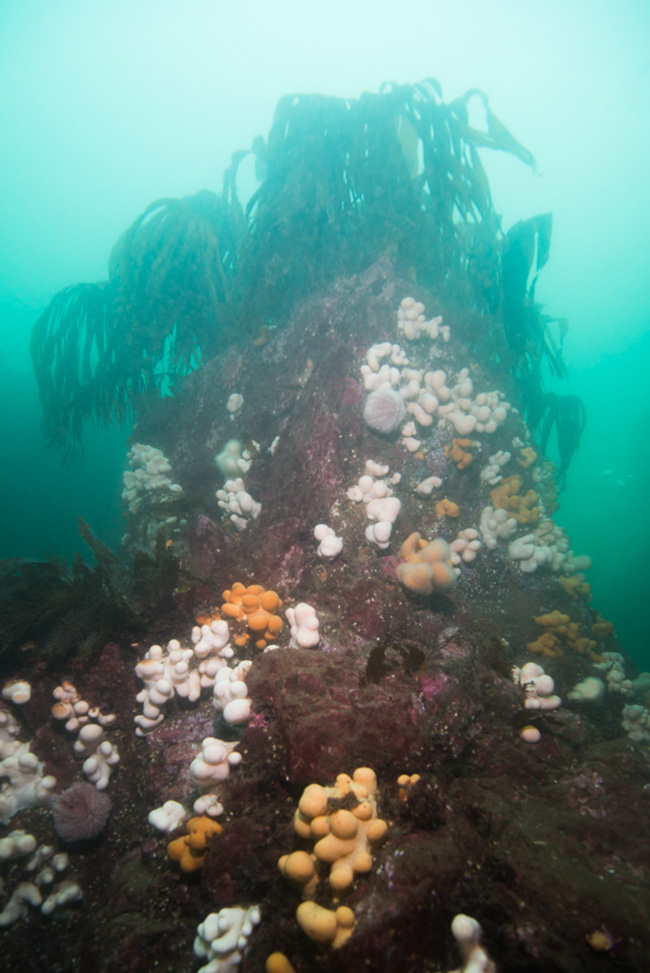 One book describes how “Entire rock faces can be covered by what look like knobs of expanded polystyrene.” Like many of its warmer relatives, it undergoes apparent periods of dormancy, shedding an outer skin layer (along with encrusting growths) before its tentacles are expanded once more to begin feeding. 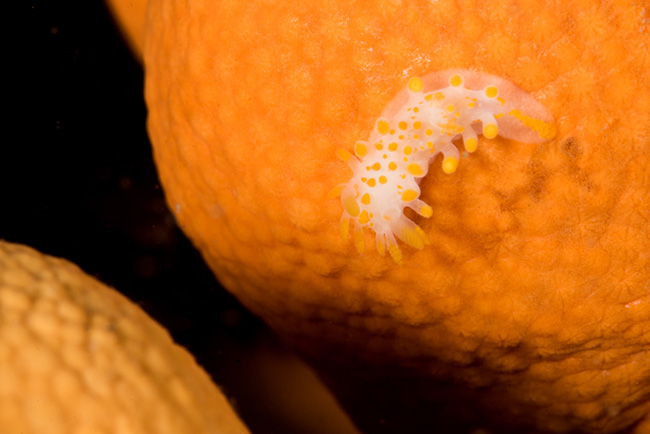 Amongst the Alcyonium, a miniature landscape of small invertebrates can be found, including those belonging to my latest obsession: the Nudibranchia, which when photographed against the slightly rarer, orange form of A. digitatum, look quite stunning. Look carefully and you can also find crustaceans such as this Humpback Prawn (Pandalus montagui), a more northern species. 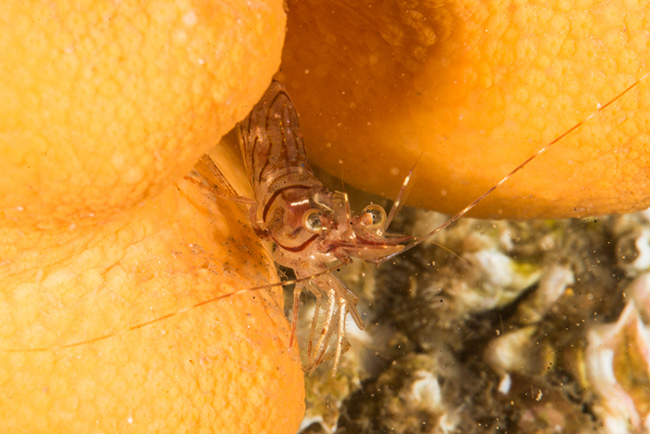 The only ‘danger’ from all this exploration of the tiny, is that you might miss out on some amazing encounters with marine mammals.UK waters are home to internationally significant colonies of Grey Seal, and where divers are a frequent sights, the seals have become habituated to their presence, leading to some amazing encounters. 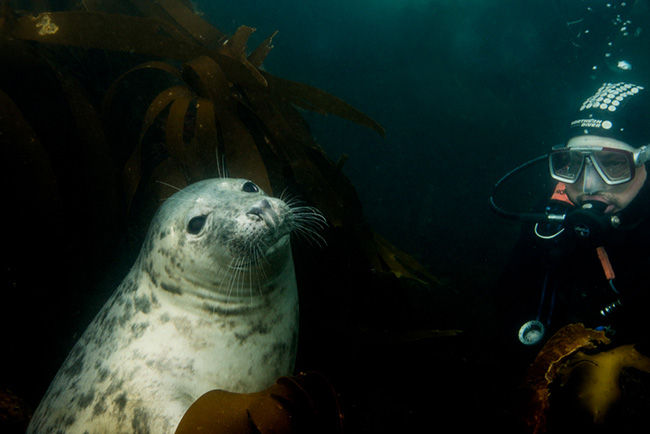 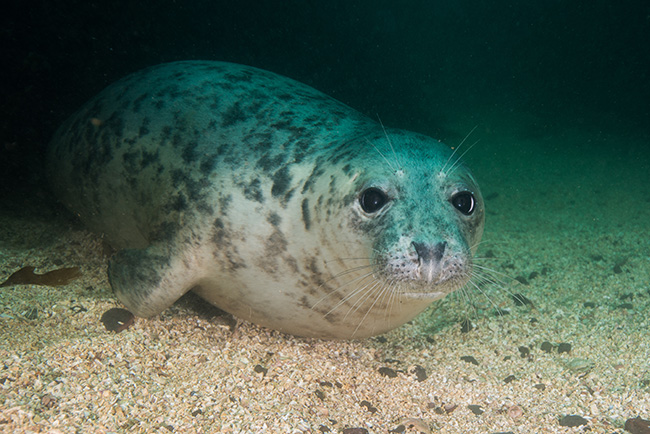