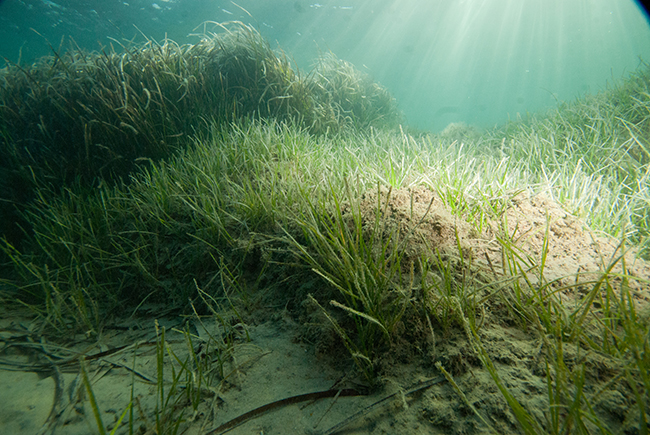 Nope, I’d never heard of them either, which is not surprising, as Seagrass isn’t as media friendly a subject as reefs, sharks, or for that matter, much else. But it is a group of species with a very important ecological role and some rather fascinating biology. And sea grass needs our protection. 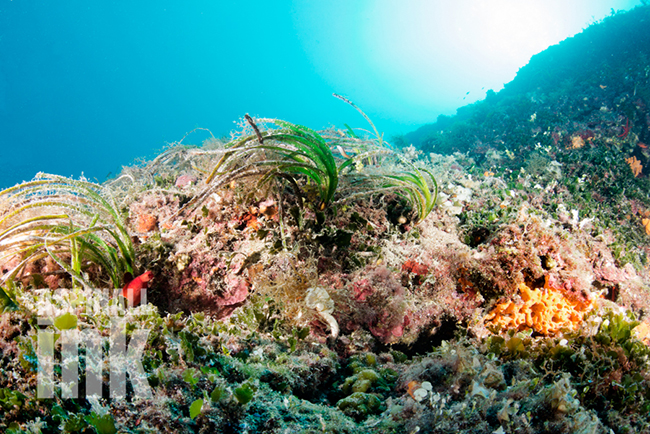 I’ve been lucky to encounter seagrass habitats in many locations, including the Mediterranean, the Red Sea, and the Caribbean. Each area was rich, varied, and diverse, with a wide assortment of species using the seagrass for food, shelter, or both.
Seagrasses are true flowering plants, related to terrestrial grasses, lilies, and palms. Like other grasses, they reproduce sexually, using flowers and seeds, though they are tiny, and you’d have to look hard to find them. Seagrass-eating animals may serve to spread the seeds, and the plants also colonize new areas through rhizome growth or detachment, where pieces of rhizome break off in storms and find new habitat to conquer. One sea grass colony in the Med has been shown to be a clonal growth that dates back to the last Ice Age, making it the world’s oldest known organism. Seagrasses are found in all the world’s oceans, usually in the shallows where there is plenty of sunlight, though Halophila decipiens has been found below fifty meters.

Seagrasses host an enormous variety of marine animals, from encrusting sponges and epiphytic hydrozoans to small crustaceans and juvenile fishes, all the way up the size scale to turtles and dugongs, that graze on the plants directly. 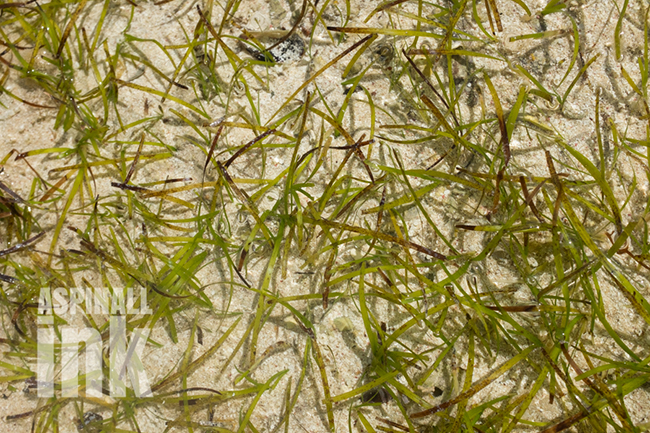 A shallow water species in the Red Sea. shot from above the water line

There are over seventy species of sea grass from four major groups: Zosteraceae, Hydrocharitaceae, Posidoniaceae, and Cymodoceaceae.

While biologists recognize the value of these plants for preserving biodiversity, policy makers have yet to truly recognize them for the ecosystem services they offer, including sheltering juvenile fish species that in turn support fisheries, carbon capture and sequestration and, perhaps more immediately important, their role in stabilizing and creating the shallows that protect coastal communities from storms and erosion.

Seagrasses face threats ranging from local boat moorings and harbor developments to overgrowth by invasive species such as Caulerpa taxifolia in the Mediterranean. Sea grass meadows are estimated as being lost at a rate of in excess of one percent per year.

Read the full statement at:

I also found this site to be very useful and interesting and I drew some of the facts for this article from it: