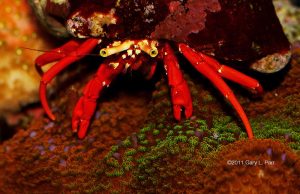 How effective are cleanup crews?

When we started it was going to be a short podcast because we both had busy days ahead of us. When we finished, we’d talked for an hour and covered our Aquatic Experience shows, forums and Facebook, mixing salt, and the value of cleanup crews. We hope you find this week’s show interesting. We had fun doing it. Download the podcast here, or subscribe to our podcasts at iTunes. Also, follow us on Twitter at reefthreads.—Gary and Christine