Why we use a Powerful Flash for Underwater Photos 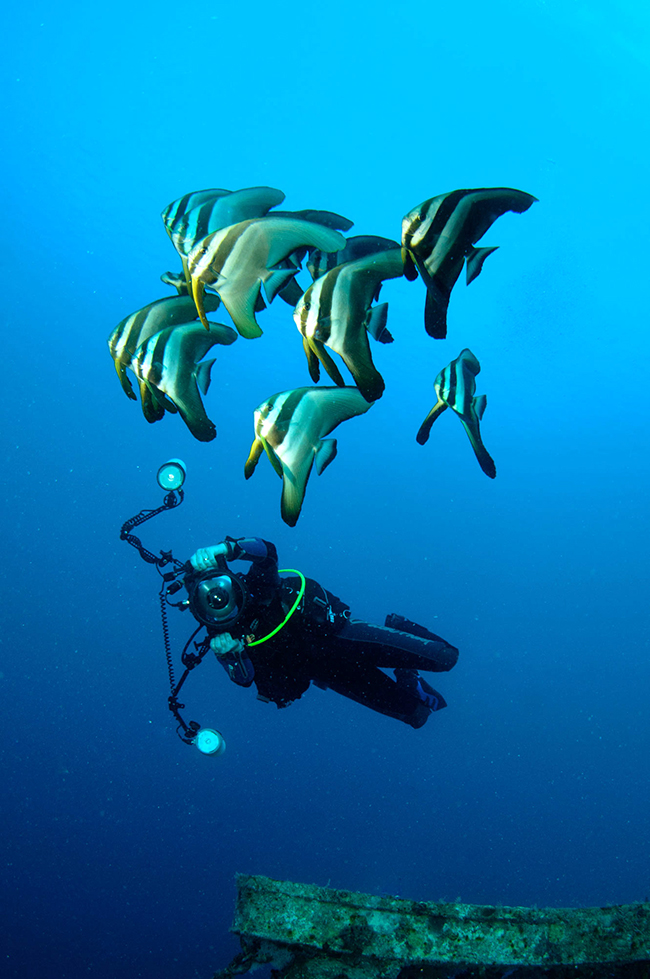 For someone who makes only a small amount of his income from underwater photography, I drag an awful lot of fragile equipment through airports across the world. Every time I hand over my precious camera gear, I fret about its survival and whether or not I’ll have to explain to yet another understandably concerned security agent, that those large lumps of electronics have solely peaceful uses. But why do I need all these extra pieces? I’m taking photos in the tropics, right? 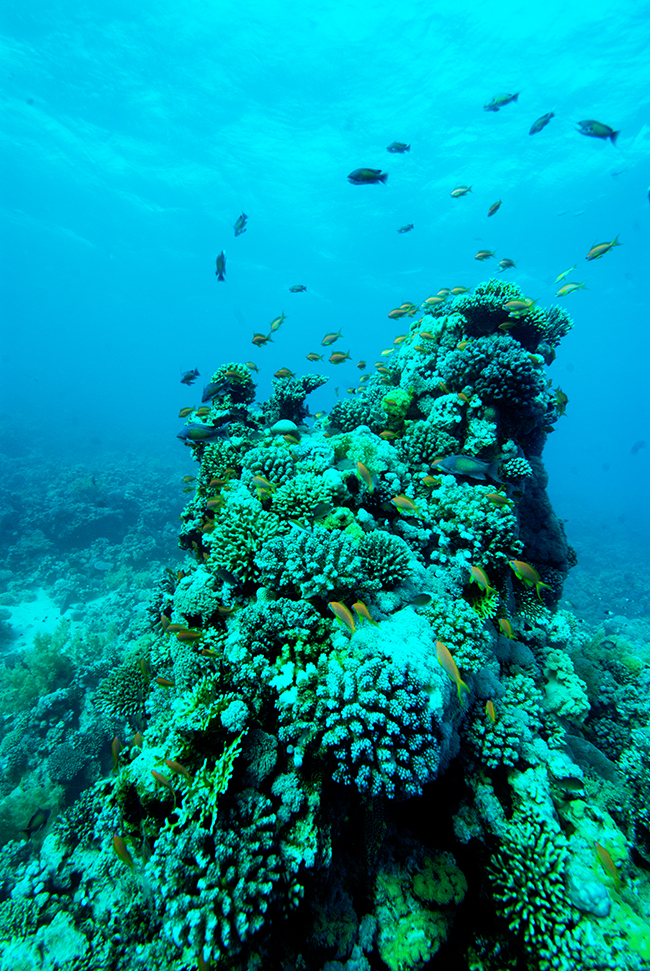 An image taken at around twenty meters with no flash or color correction. Just look at the color of those squammies!

Well, yes, very often I am, and I’m going to put to one side the obvious uses for large flashguns: night time, inside caves/wrecks, and of course the murky waters off my own country.

During the day, even though the amount of available light at say, twenty meters on a tropical reef, is suitable to take a photograph with a fast-enough shutter setting to avoid motion blur, you’ll get a very dismal-looking picture. It’ll be dominated by blues and greys and won’t look anyway near how our terrestrial eyes and brain remembered it. I wonder if this is something that aquarists occasionally forget, as their comparably shallow tanks don’t (to the human eye) show an appreciable change between the upper reaches of the tank to the lower, in terms of color. In most home aquariums, enough red light gets to the bottom to ensure a red fish appears red, but below ten meters in the wild, that’s not the case. 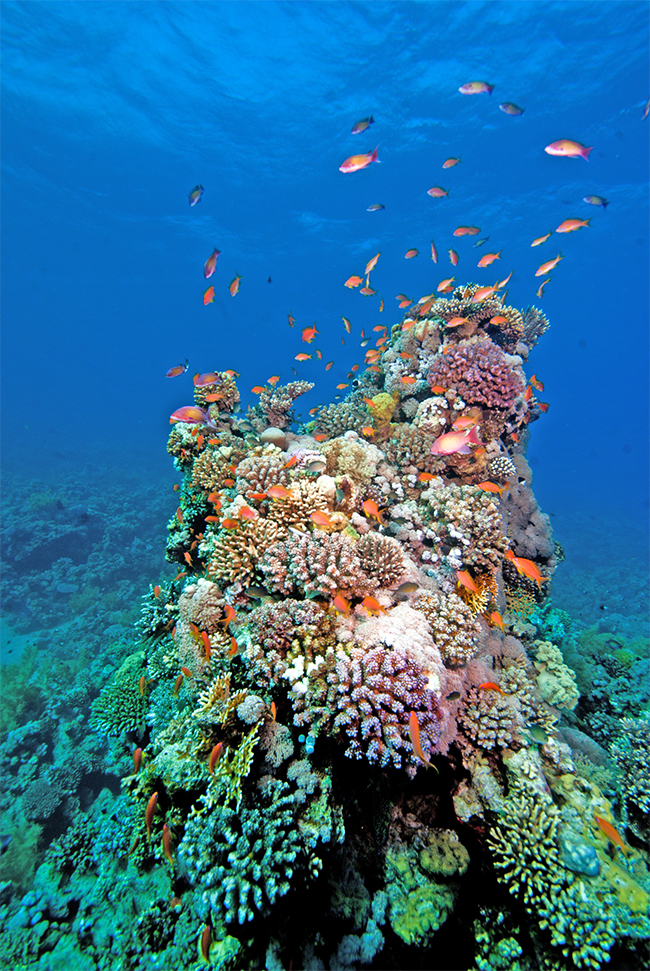 In this image the flash guns fired, though you will note a less than even distribution of light.  You can adjust this in Photoshop, but I wanted to show you the effect.

How can you combat this?  If you’re planning to go snorkeling or diving on a reef, and you’re looking to buy a waterproof camera or housing, it’s well worth considering one with an extra flash gun or one that allows you to use your camera’s built-in flash easily. You’ll get much better results and see the ‘real’ colors of the reef.  Failing that, you might try a color-correcting filter. Usually made of red acrylic (glass is often more expensive), these fit over the lens to ‘add in’ some red.  Some cameras have ‘underwater’ modes, but I have little experience of these I’m afraid.

Conversely, you might want to shoot in RAW and spend some time in Photoshop.  This can also offer great results, but you’ll  need a camera capable of doing so and much bigger memory cards. 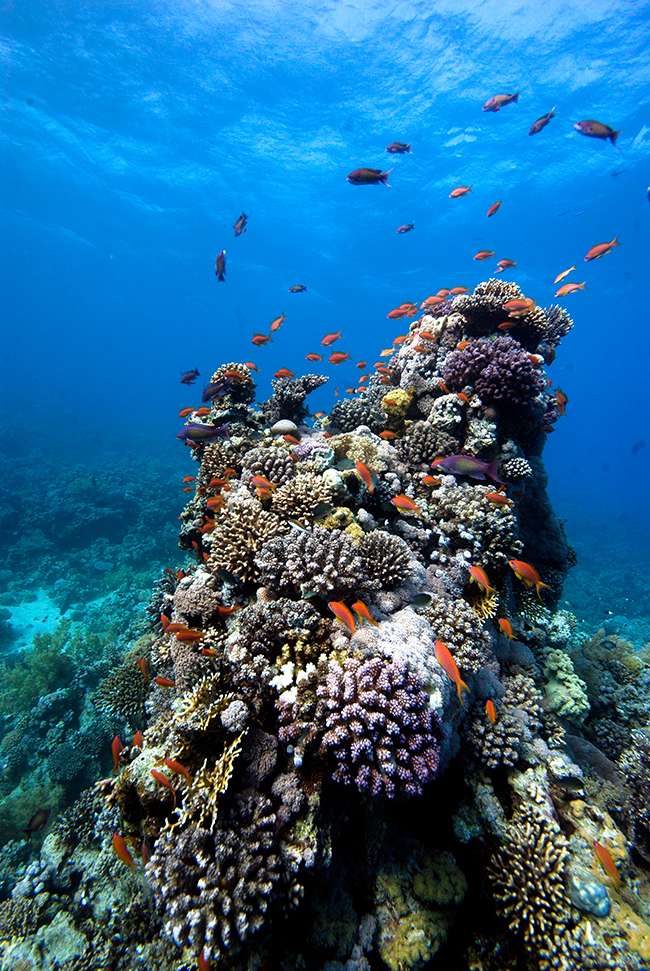 The third way. By shooting in RAW and without the flash I was able to instruct Photoshop to alter the white balance so that the coral sand would show as white. I then tweaked the settings a little further to result in a very pleasing image.