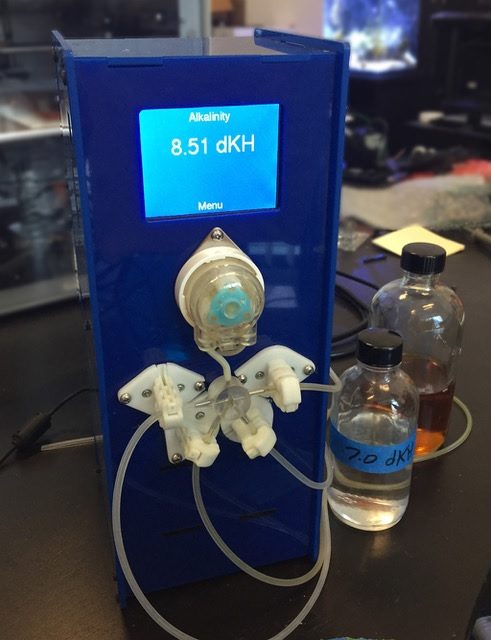 Exciting news from Neptune Systems: the company has just teamed up with inventor Jim Welsh to acquire the technology they need to produce a device capable of regular, automated alkalinity monitoring for marine aquariums. This is sure to be met with great excitement from the reefing community, as the press release explains:

“Without proper and stable alkalinity, corals and other invertebrates will neither thrive nor grow. Until now, measuring alkalinity required breaking out a test kit, counting drops, watching colors change, and looking up numbers on a chart. This level of inconvenience meant that for most hobbyists, frequency of testing was at best twice a week.

While this may not seem to be an obvious problem, in fact, alkalinity can fluctuate dramatically in a matter of hours, not days. Improving that frequency of alkalinity testing to twice a day would change not just the understanding of what the aquarium needs, but enable more refined adjustment of the aquarium, using alkalinity supplementation methods such as auto-dosing or a calcium reactor. 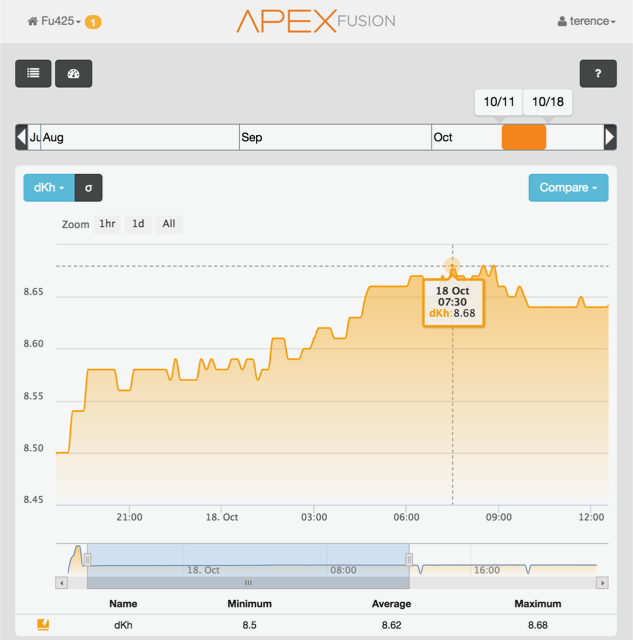 As an avid reef keeper, Jim had for years contemplated how to do ongoing alkalinity measurement of his aquarium. In early 2016, Jim set himself a goal — he would build an alkalinity monitoring device and bring it to MACNA (Marine Aquarium Conference of North America) that same year. Jim has an extensive background in information technology and software development. As is often the case with inventors, Jim found himself having to expand his base of knowledge along the way. He succeeded in building the device, and, after much testing and refinement, he put it into the hands of Richard Ross (Senior Biologist, Steinhart Aquarium and MASNA Aquarist of the Year 2014) to test on his 300-gallon reef aquarium. Rich recently had this to say about his experience with Jim’s invention: “This thing is dreamy. In reef keeping, the benefits of continually monitoring alkalinity are obvious and important, but honestly we don’t yet even know how great this could be. It opens so many doors for so much automation and stability. I have run this prototype for a couple months and I’m blown away at its ease of use, not to mention its accuracy and precision. No you can’t have it back!”

After MACNA, Jim and neptune Systems came to an agreement; neptune Systems obtained the exclusive rights to develop, build, and market an automated alkalinity monitoring solution based on Jim’s invention. Terms of the agreement will not be disclosed. Jim will also work closely with neptune Systems as a private consultant to assist in moving the project forward. At this point there is no official product being announced related to this technology acquisition. When/if a related product is put onto the product roadmap,
neptune Systems may provide additional insight at that time.””