The latest addition to the goby family is a petite, yellow fish with a notable penchant for sea squirts. Described in the latest edition of the Journal of the Ocean Science Foundation, the aptly named Tunicate Goby (Lubricogobious tuncatus) was discovered in the D’Entrecasteaux Islands off the easternmost tip of New Guinea at depth of 20-28 meters, perched delicately upon the siphons of its preferred invertebrate. 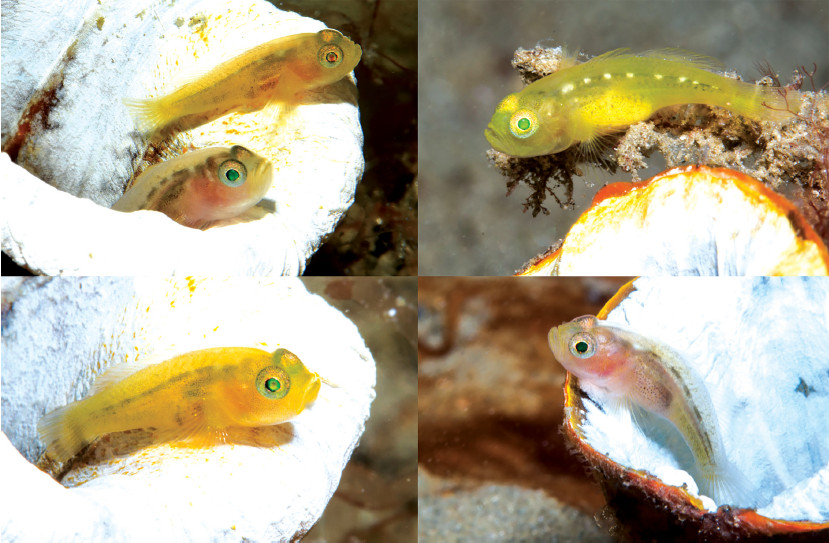 The habitat was said to be a “gently sloping to nearly flat, silty-sand bottom” populated with numerous large ascidians, which the authors tentatively identified as a species of Polycarpa (this genus is home to a brightly colored purple & yellow species commonly seen in the aquarium trade). The Lubricogobius gobies are well-known for their tendency to occupy whatever small nooks and crannies they come upon, whether it be within a rock, an empty shell, the hollow of a sponge or even the occasional bottle or soda can graciously left on the ocean floor. 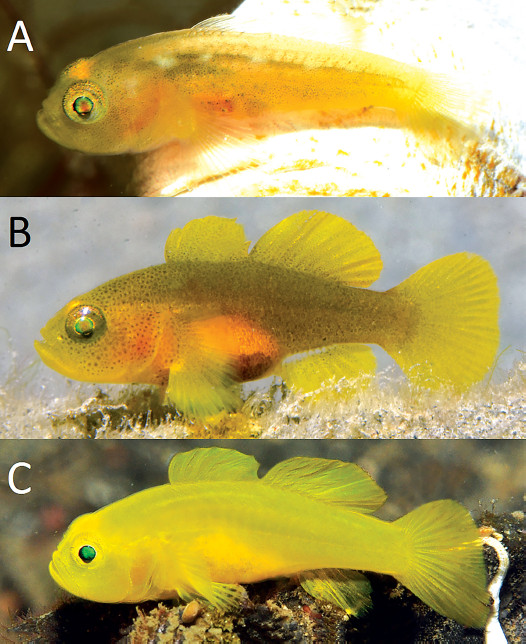 But L. tunicatus is somewhat unique on account of its love of sea squirts. Whether the relationship is a true symbiosis, a more obligate commensalism, or, perhaps, just an opportunistic behavior in this particular habitat remains unknown, as this species has only been recorded from within a single location measuring around 50 meters across. No doubt it occurs more broadly in other portions of the Coral Triangle, as the other five species in the genus are all seemingly widespread in occurrence. But, with a maximum size of just 11 millimeters, finding this reclusive fish in the wild is clearly a challenge. 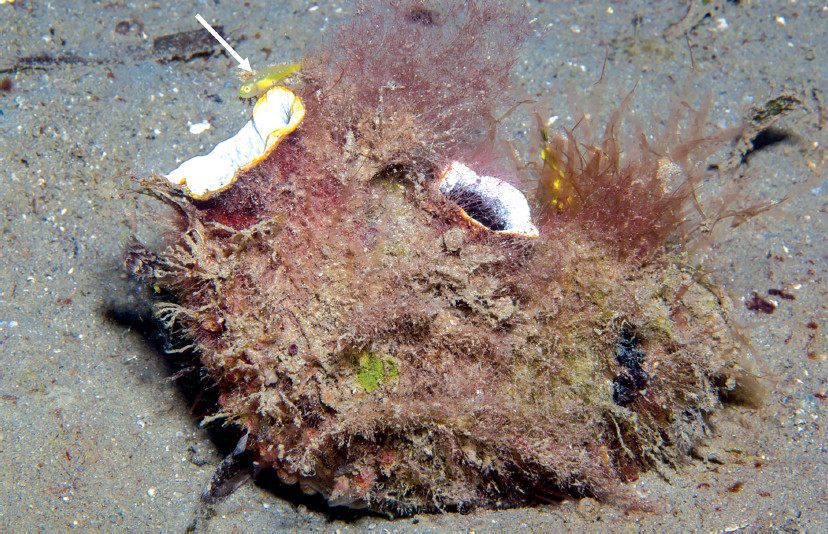 As with its congeners, L. tunicatus is a mostly yellowish fish. It’s pint-sized proportions are small, even for this group of rather diminutive gobies, helping to diagnose the species relative to the larger (~30mm) L. exiguus. The recently described L. nanus is the most likely to cause confusion, as the two are roughly the same size, but that species can be recognized thanks to its greater number of dorsal and anal fin rays. Sadly, the delightful Lubricogobius gobies are seldom encountered in the aquarium trade, so it’s quite unlikely that we’ll ever see this curious new fish in captivity. But perhaps that’s for the best, as the Tunicate Goby would no doubt be lonely without a tunicate to call its own.

Mediterranean sun corals have an interesting method of reproduction