A new species of tiny goby that lives in tunicates 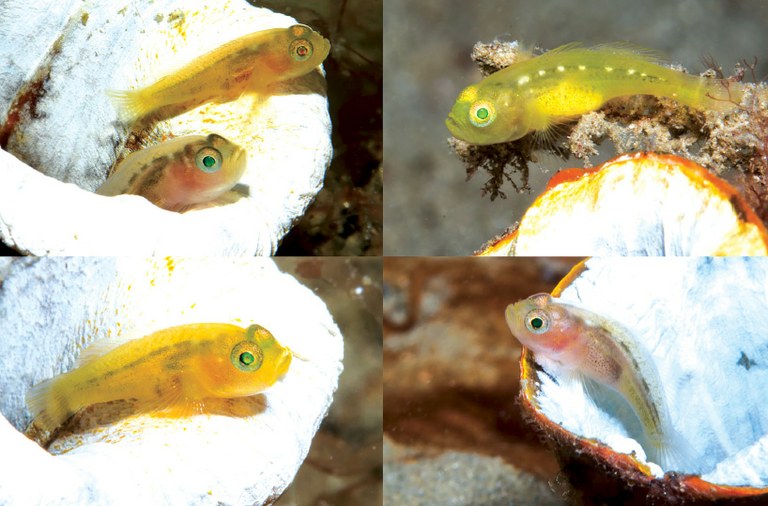 
The new goby species most closely resembles another tiny goby, Lubricogobius nanus, that was described in 2015.  The new goby’s name, tunicatus, is an obvious reference to where these gobies live.  Most gobies live on the hard substrate, but some species like Lubricogobius tunicatus have very specialized habitats.  For example, another tiny goby, Sueviota bryozophila, lives camouflaged within lacy bryozoan colonies.

The new species is described by Gerald Allen and Mark Erdmann in the Journal of the Ocean Science Foundation.

This is the natural habitat of Lubricogobius tunicatus (the goby is sitting on the mouth of a tunicate).