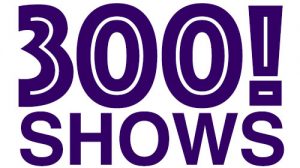 This week we celebrate 300 Reef Threads podcasts with guests Richard Ross, Ben Johnson, and Chris Maupin. In a wide-ranging discussion we look back at some of the Reef Threads history and then address hobby issues and learn about the work Chris is doing. Sadly, Richard Ross had to leave in the middle of the show. We learned later that he had to make an emergency trip to the vet but they were not able to save one of their family cats.
We hope you enjoy the the show and thank all of our loyal listeners for staying with us through these many years and shows. Also, a huge thanks to Rod’s Food for their continued sponsorship. Download the podcast here, or subscribe to our podcasts at iTunes. Also, follow us on Twitter at reefthreads.—Gary and Christine