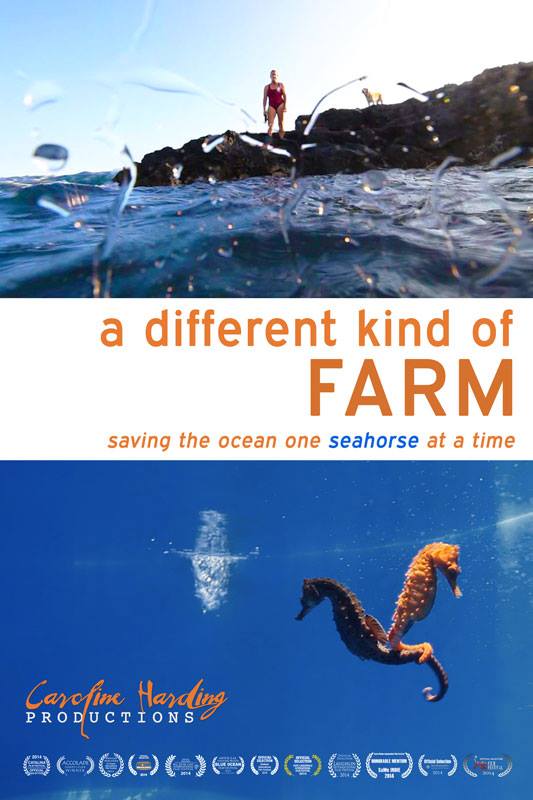 “A Different Kind of Farm” follows the story of Carol and Craig Schmarr, who, in 1998, took their life savings, moved to Kona, Hawaii, and built the world’s fist seahorse farm. The independent documentary, written and produced by Caroling Harding, includes interviews with both fans and critics of the farm, and delves into the complex issues surrounding farm-raised versus wild-caught sea creatures.

While only one species of seahorse (Hippocampus capensis, the Cape Seahorse) is currently classified as endangered, many are vulnerable, and in 2004, The Convention on International Trade in Endangered Species (CITES) listed the entire genus in Appendix II – “species that although currently not threatened with extinction, may become so without trade controls. It also includes species that resemble other listed species and need to be regulated in order to effectively control the trade in those other listed species.” Unfortunately, many countries have opted out of CITES, and demand for the animals, both dead and alive, continues. The majority of seahorses go to traditional Chinese medicine, where they are used as an aphrodisiac, a growth supplement, and even as a substitute for Botox. It is estimated that 20 million seahorses are used for medicinal purposes every year, with another 1 million per year going to the curio trade, and hundreds of thousands more sold to the aquarium trade.

For more information about the film, visit http://adifferentkindoffarm.com/

all images are owned by Caroline Harding Productions