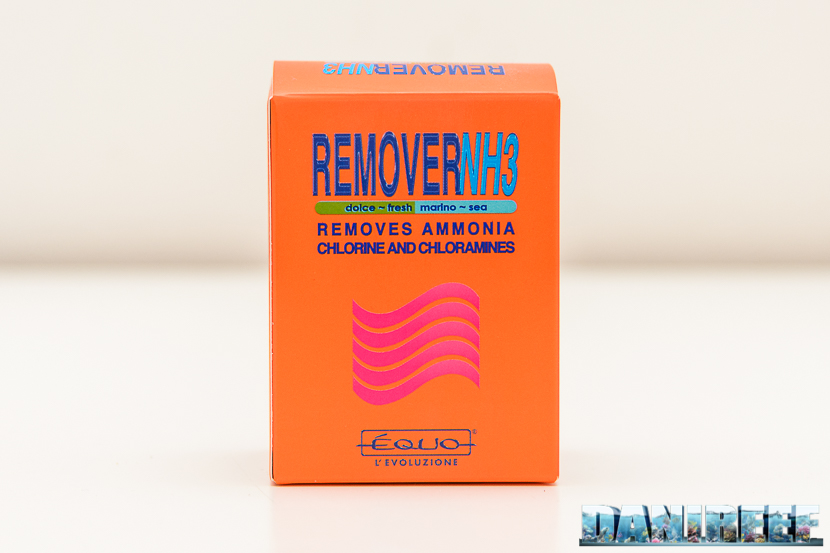 Here is an interesting new product by Equo: Remover NH3.


Remover NH3 was first presented in May of 2016 at the Nuremberg Interzoo, and today, we finally have some samples, which we will use for starting our marine aquarium. Our hope is that, through the use of this product, we will be able to avoid the initial ammonia peak.

Equo Remover NH3 claims to completely remove ammonia, chlorine and chloramine from the aquarium. It has been studied to be utilized both in freshwater and marine aquariums.

Ammonia is a toxic composite that forms through biological processes like respiration secretion, and decomposition. All of these processes lead to the transformation of organic nitrogen and are usually activated by bacteria that degrade amino acids: amino nitrogen (-NH2) transforms into ammonia (NH3). Moreover the fish release ammonia through breathing and urea. So the ammonia can concentrate in the water even when fish are fasting, like in small transporting bags. This composite has to be monitored and controlled when setting up a new aquarium or in an established, crowded one. (Don’t use it to fix intentional overfeeding.) 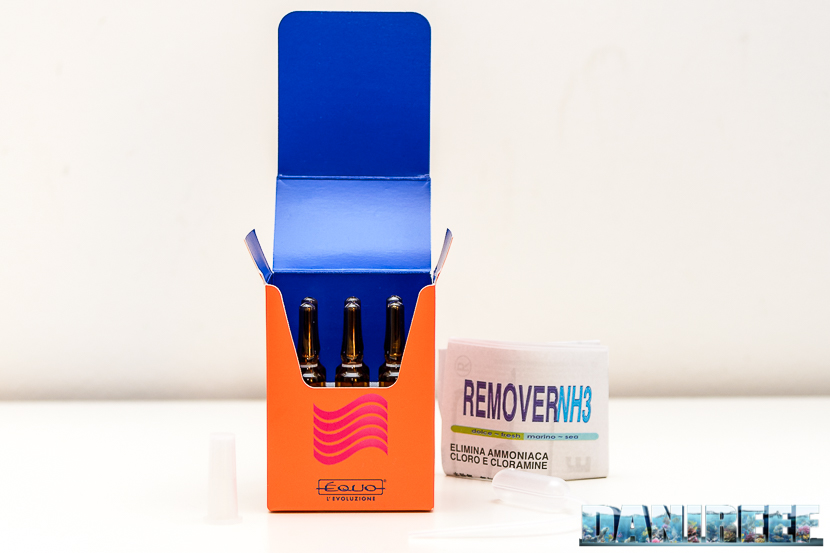 The product contains Aloe Vera extract which increases immune defense and health of the fishes’ epidermis and gills, due to its richness of Acemannanes and Glycosides. In this way, Remover NH3 also reduces negative stress effects. 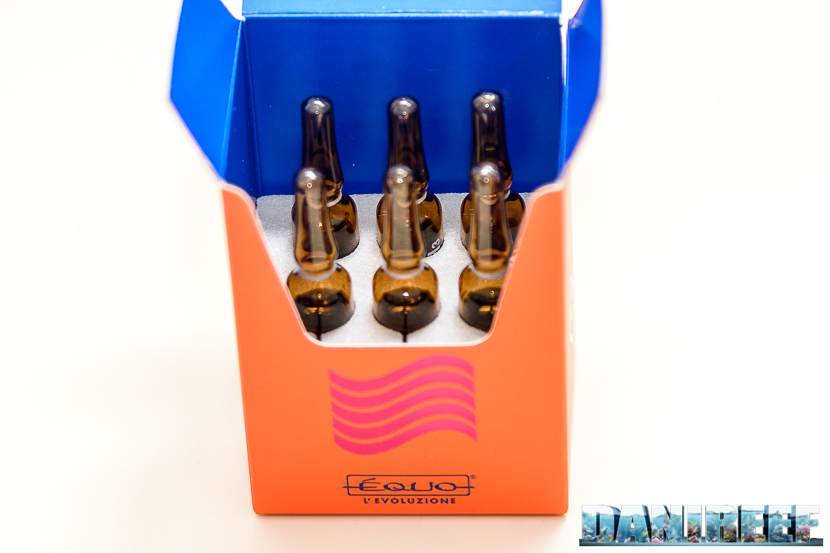 Equo Remover NH3 can be used independently, but Equo suggests using it in conjunction with Nutrobact, Bacterya, and Bio-Nitronex for an optimal nitrogen cycle.

The vials contain 5 ml of solution; each one can treat up to 200 liters of water, and eliminates even 1 mg/l of ammonia. Both marine and freshwater aquariums need the same dose. If you have any kind of problem, remember that Equo will help you and, if you have any questions for the company, representatives are very active in our forum. 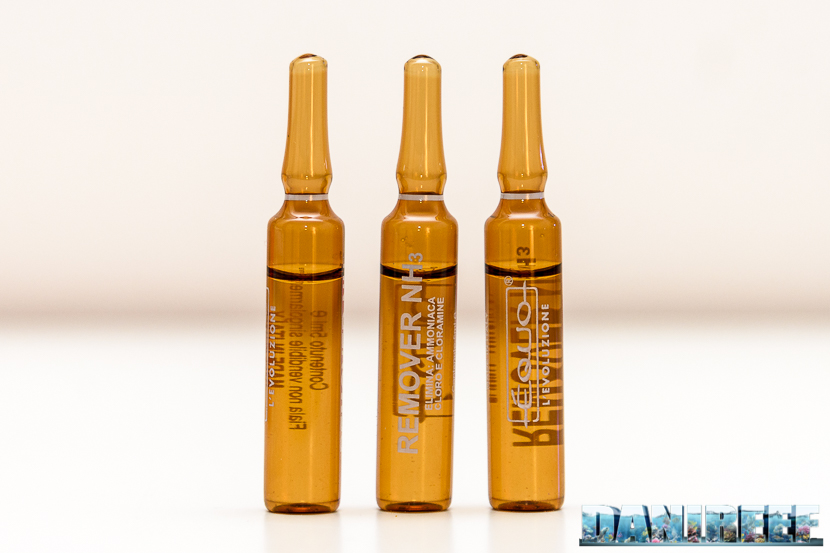 The vials are designed with the new “score break“, technology: their glass is already cut as you can clearly see in the above picture. So the break will be safe and sharp.

Equo Remover NH3 has a new package that the company launched at Nuremberg 2016, in vivid orange with blue writings. Like the other Equo boxes containing vials, Remover NH3 has a styrofoam spacer inside. The vials don’t move around or touch and their solutions are preserved from too-fast thermic shocks.

Equo Remover NH3 is sold in two packages of either 6 or 24 vials. I suggest that you first try  the pack with 6 vials, so you can decide if this product suits you.