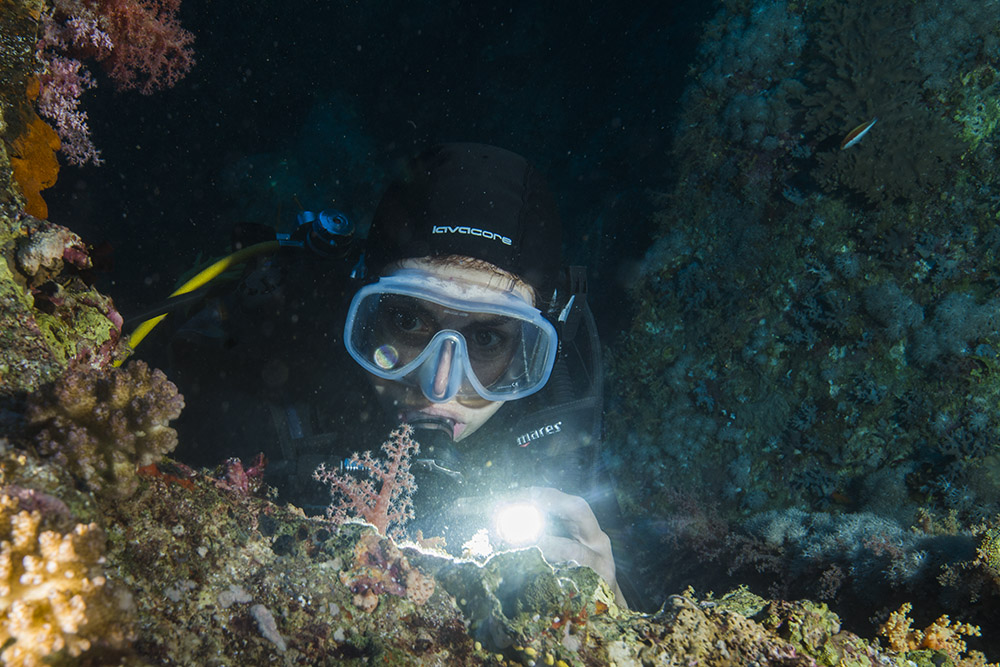 For many years I worked hard to keep other divers out of my photographs; I wanted to capture the underwater world as if I was the only person in it. But as a diving journalist, I’d submit a series of pictures to an editor and they’d always use the ones that I was least proud of, the ones with people in, and not the beautiful reefscapes that included nothing but fish and coral. Why was this? 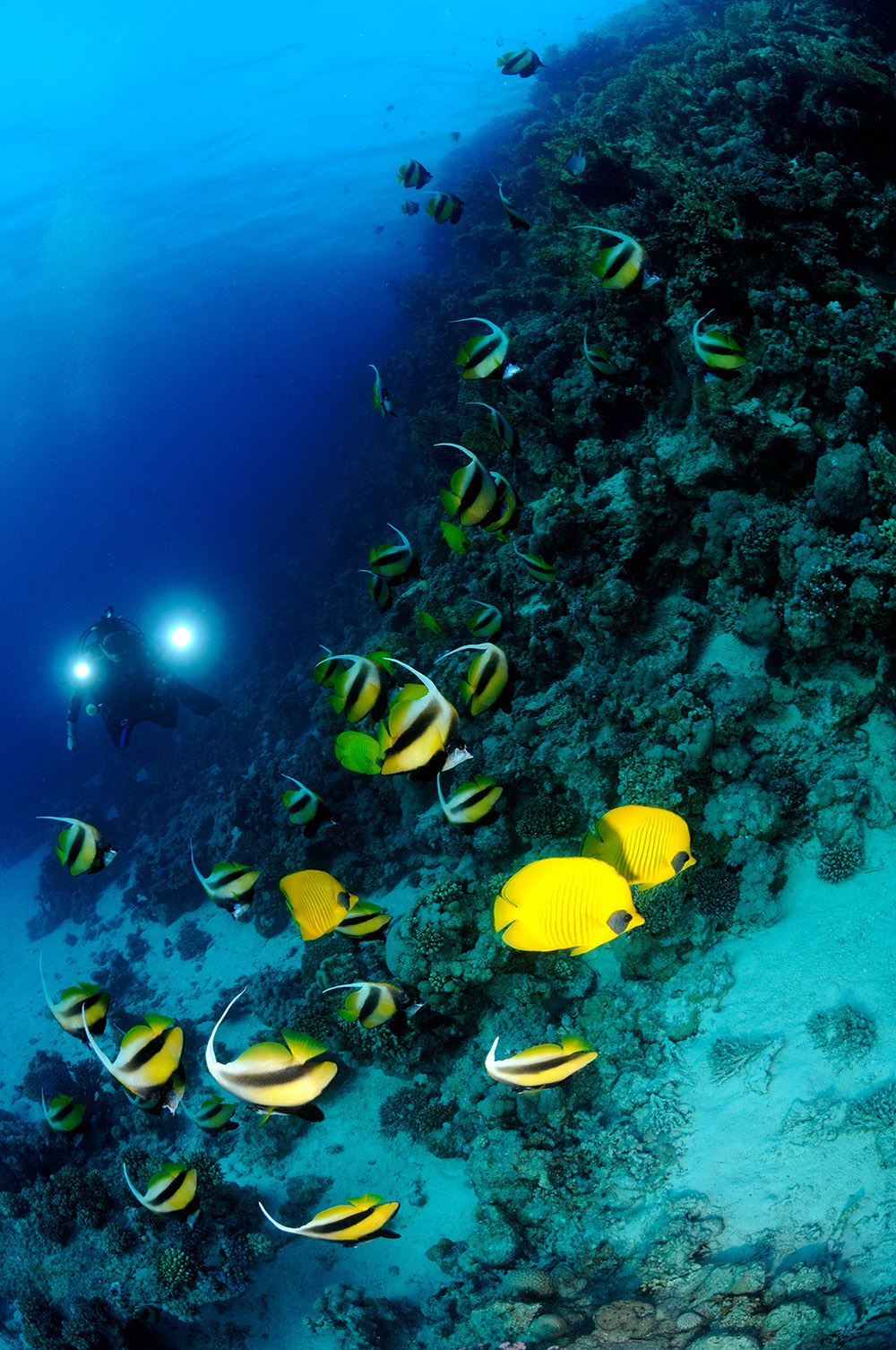 This videographer’s lights add depth to this image

I finally realized that what the editors wanted were photographs that said ‘this could be you’ and ‘you could be here, looking at this reef’. I had to change the way I worked; I wasn’t taking photographs just for myself any more, these were for a very different purpose. I needed to take pictures that could not only sell an article, but could help sell a dive destination.  Here are some of my favorite underwater pics with people in them, I actually think the inclusion of a person has helped the image and added a sense of scale. 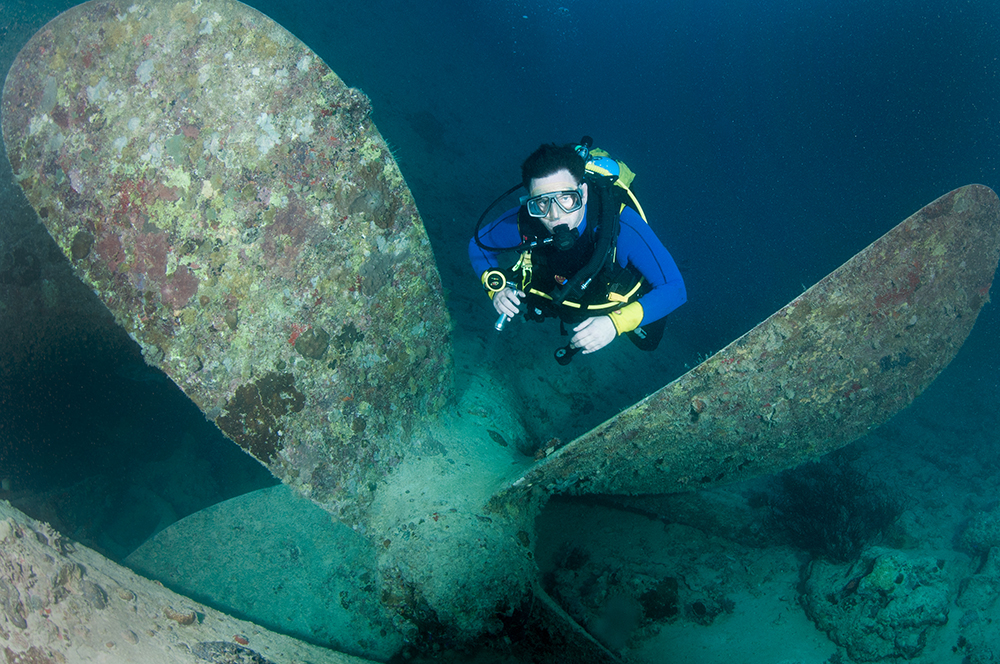 These days, I’m now always on the lookout for a suitable model. On a dive boat that’s fairly easy – I usually recruit the dive guide, who was hoping for an easy week until I turned up. Other times, I rely on my long-suffering buddies to shove their faces towards the coral and pose without too much of that annoying and photo-ruining bubble blowing. 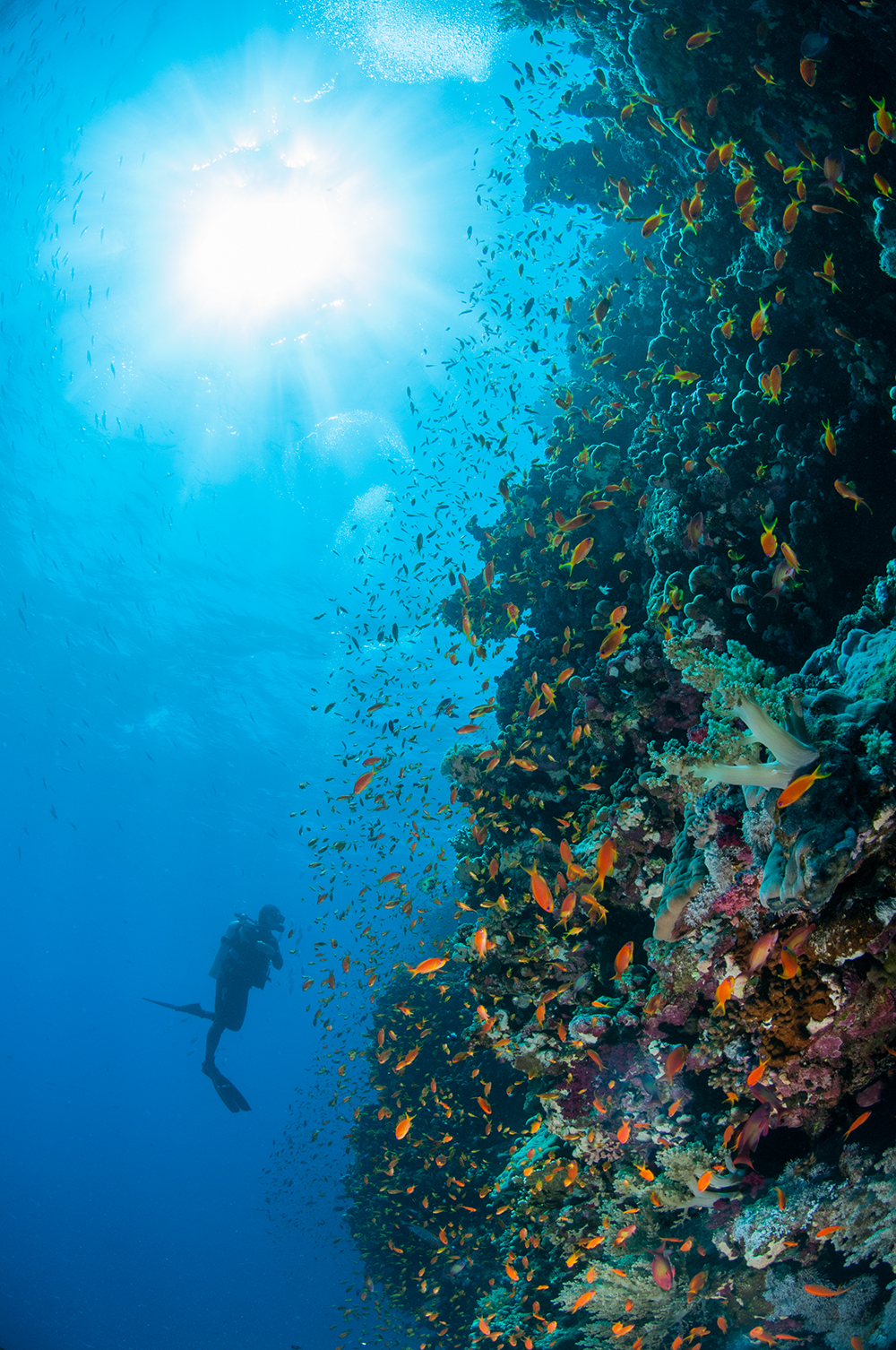 At first I thought this diver ruined the image, but I’ve grown to like it. 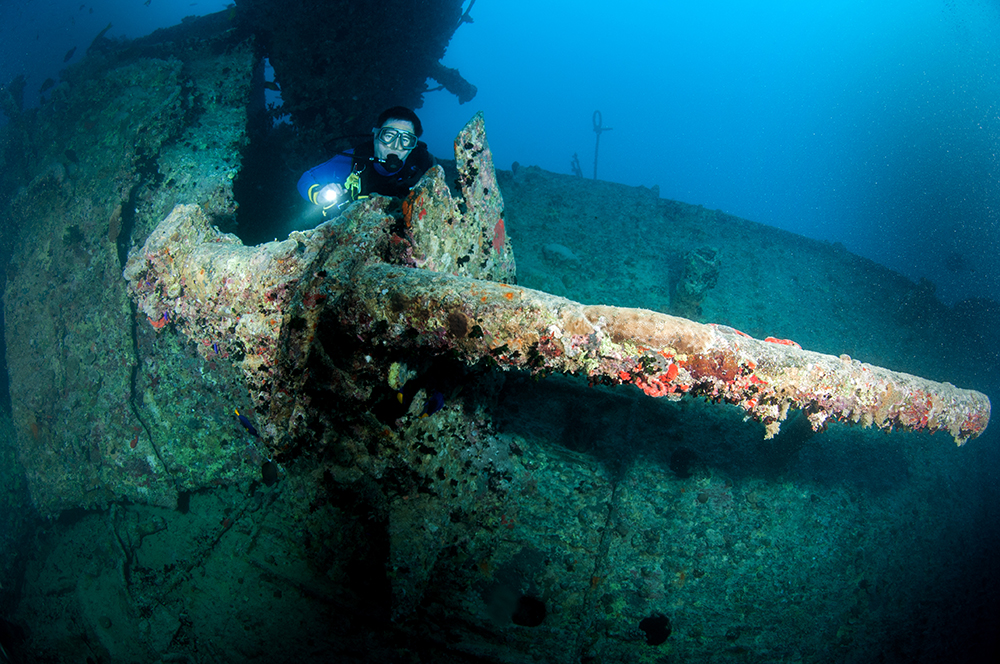