Springer’s Dottyback in the Wild 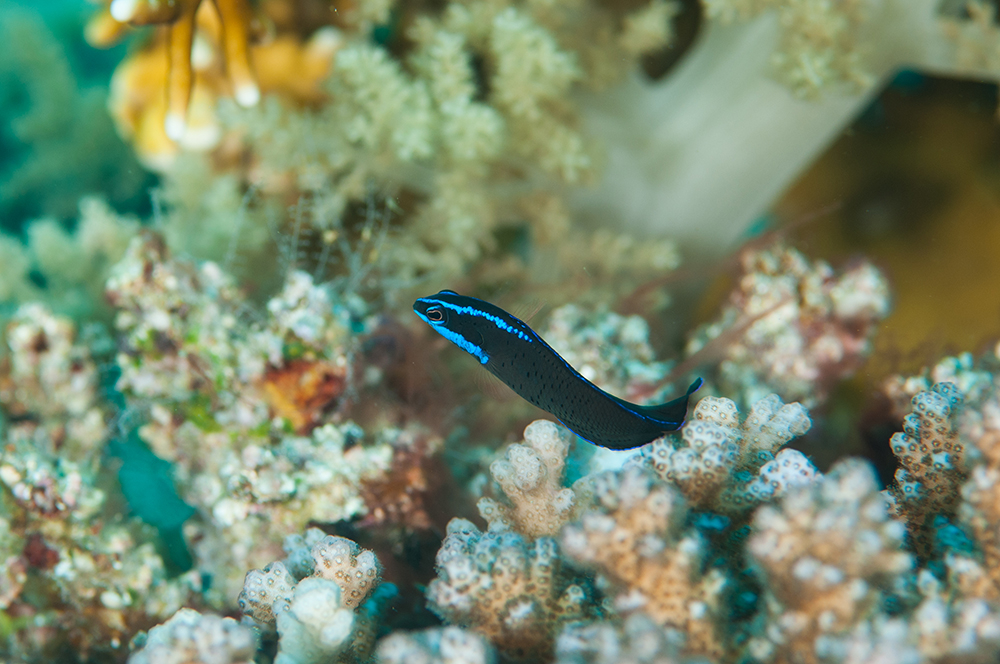 I’ve always struggled to photograph dottybacks in the wild.  Being a large lumbering creature armed with a big chunky camera does not help me when trying to approach a small, nervous fish that spends its days darting in and out of rockwork and coral heads.  It took me a while, but I finally managed to get some shots of Pseudochromis springeri. 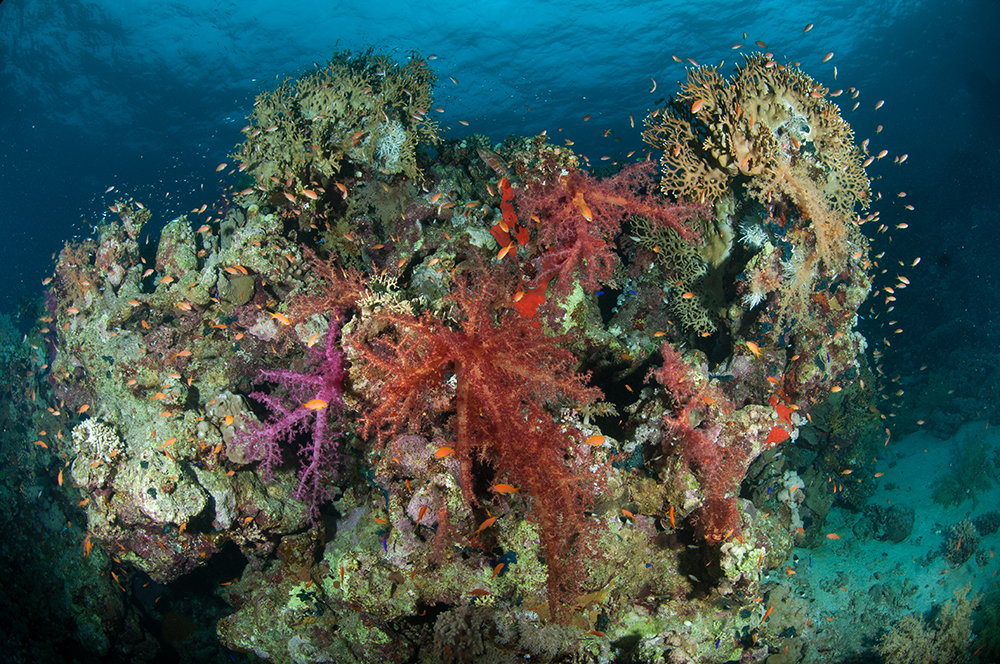 How many Orchid Dottybacks can you spot?

Some species of dottybacks from the Red Sea are really easy to photograph.  Find a bit of reef, use a wide angle lens, and shoot away.  In the resulting image, you’re very likely to have a few purple streaks of P. fridmani.  I’ve even got a few halfway decent shots of them with a macro lens, but Springer’s Dottyback has always eluded me until a dive last summer. 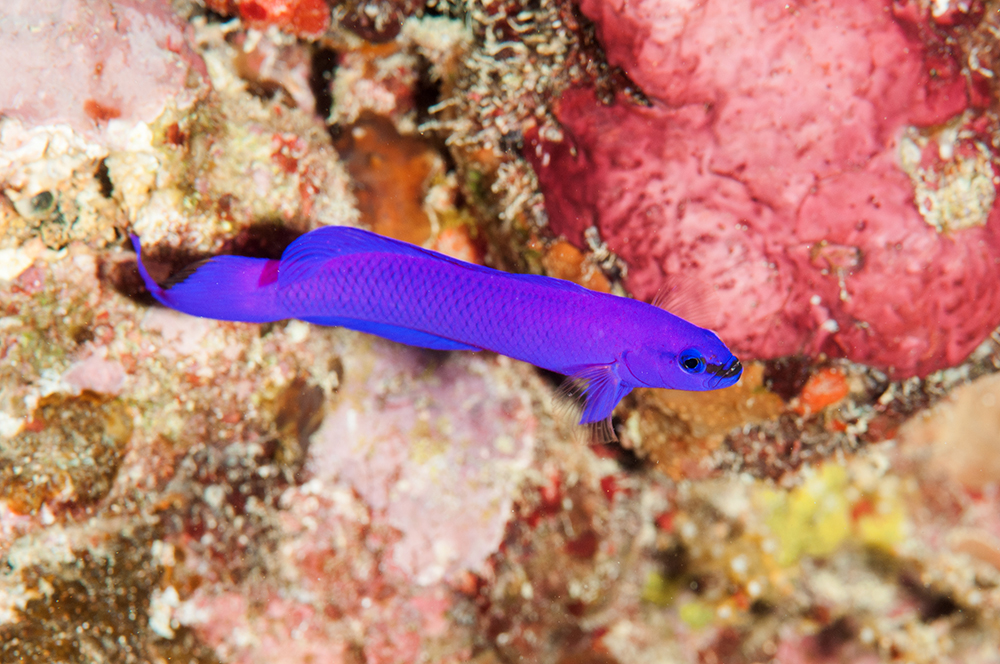 I spotted one of these smart little fish on a large bommie; it was doing a very good job of keeping the corals between us, and after a while of chasing it around, I tried another tactic: I’d just stay still and wait for it to feel a little more comfortable. 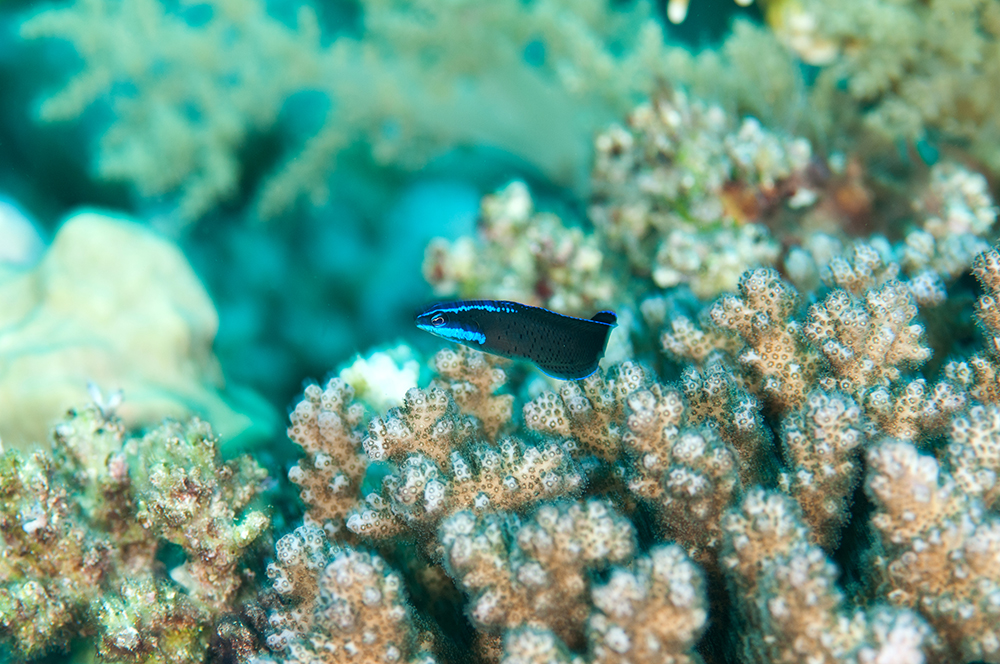 I’m glad to say it worked, and, after a few minutes I was rewarded with watching this very attractive fish cautiously swim over some hard corals.  I could clearly make out the fine neon blue of its head markings against its deep black body.

Pseudochromis springeri is now captive bred, and while it is semi-aggressive, it can make a wonderful addition to a Red Sea or Western Indian Ocean themed aquarium. It is reef safe, but may eat small crustaceans.

Bobbit worms really are the stuff of nightmares