French and Grey Angelfish – Easily Confused in the Wild 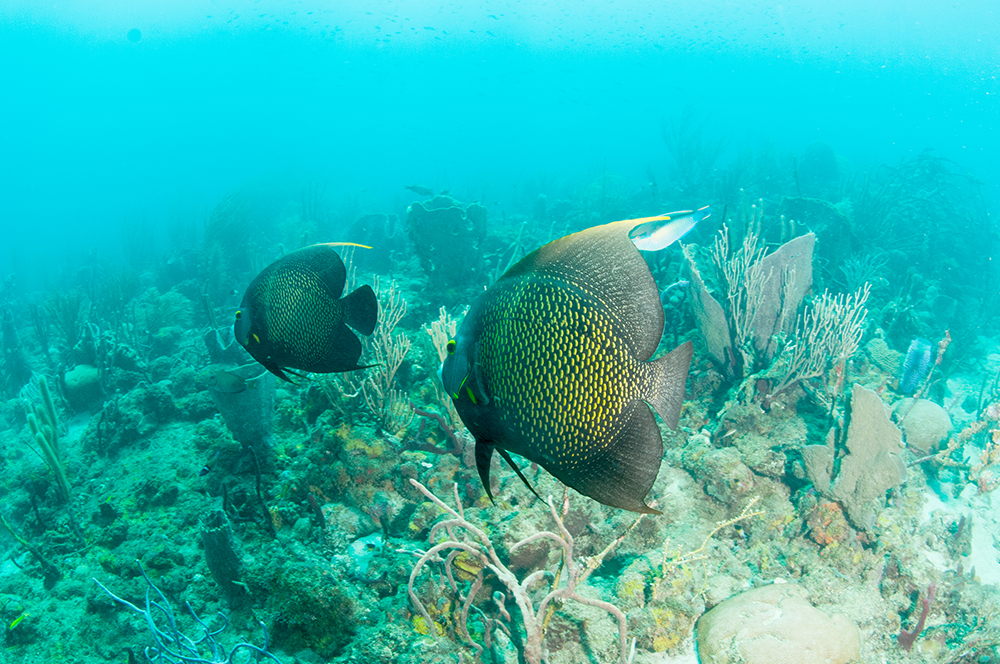 The French Angel and the Grey Angel are closely related, and are easily confused when they pass by in murky water.  Sometimes though, you can find a confident individual that allows you to get close, and you can spot their differences.

Both of these fish are found in the same region, the Tropical Western Atlantic, though I think the French (Pomacanthus paru), has an extension to its range and can also be found further east. Indeed, Fishbase.org shows it off the western coast of Africa.

I’ve seen both species in the Caribbean and was impressed by just how big these fish get, easily in excess of 35 cm (14 in).  I’ve only ever seen them in pairs, busily cruising over the reef, grazing on sponges. 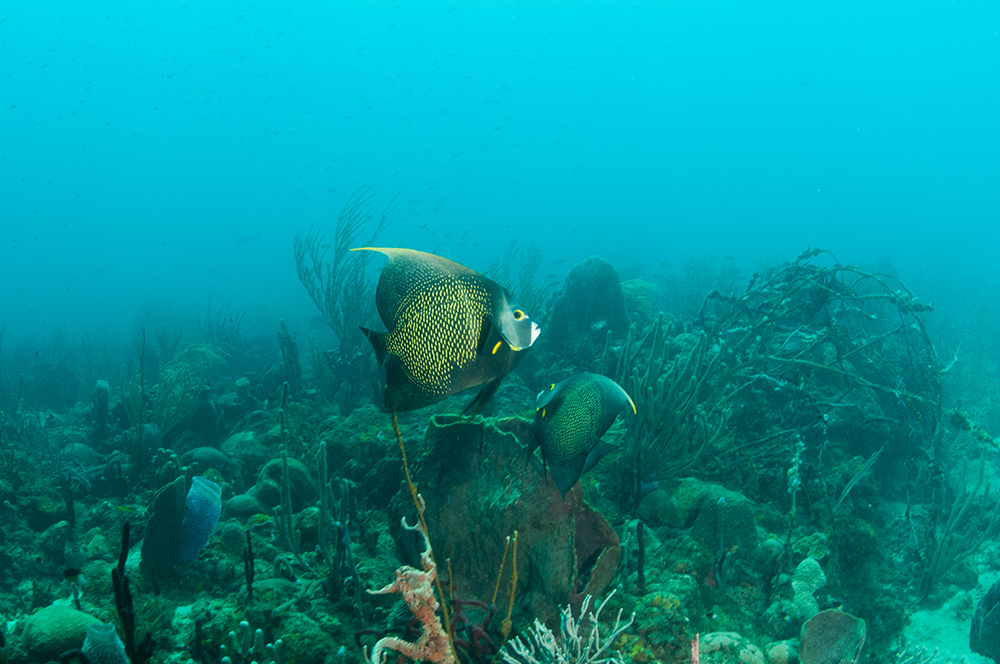 Telling them apart can be difficult in poor light or bad conditions, but in good light the yellow scale margins of the French are truly gorgeous.  A bright yellow tip on the extended dorsal fin is a clear give away too. 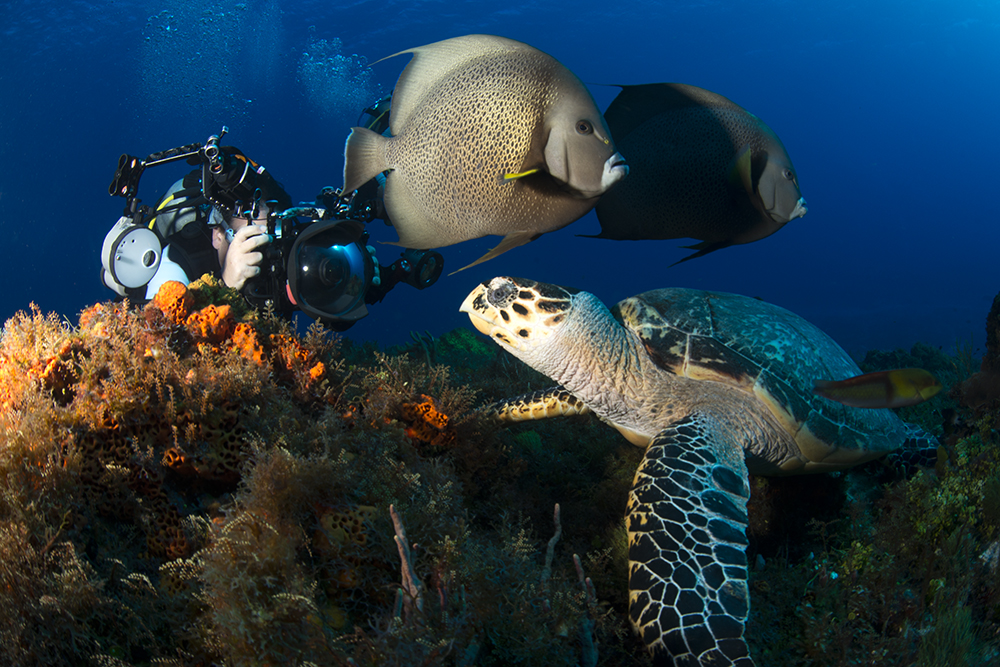 My best encounter with P. arcuatus was during a dive off the Yucatan Peninsula.  I spotted several fish, including the Greys, eagerly grazing on a round flattish surface, which quickly revealed itself to be a turtle.  I managed to get a decent shot as did another diver I was with.  The lure of some tasty turtle grazing meant these fish were easy to approach!

Using the world’s most powerful x-ray on coral skeletons