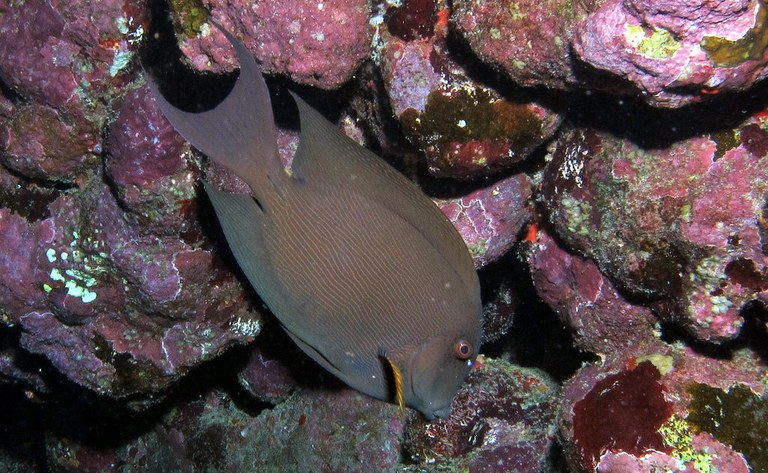 In a new paper published in Coral Reefs, Researchers wanted to compare the algae-eating abilities of two tangs: Acanthurus nigrofuscus vs. Ctenochaetus striatus.  In experimental aquariums, A. nigrofuscus was able to reduce turf algae length by 51% and the area covered by turfing algae by 15%.  However, the bristletooth/striated tang, C. striatus, had virtually no impact on turf algae whatsoever (length or coverage).  The researchers studied the guts of these Ctenochaetus tangs and discovered 99%+ detritus and sediment, not algae.

While removing detritus can certainly help to control algae in the long run and thus serves a useful purpose, this study demonstrates that some tangs are essentially useless as direct algae grazers.

I do wonder, however, whether the researchers may have mistaken diatoms for detritus.  Ctenochaetus tangs are not known to eat turf algae in aquariums, but they seem to consume diatoms in spades.