From the University of British Columbia:

Until now, knowledge of the geographic extent of mass coral bleaching has been incomplete.

“We know that mass coral bleaching is happening all over the world, but the majority of events are in places in the developing world where the capacity for monitoring them is limited,” said Simon Donner, associate professor in the department of geography and the Institute for the Oceans and Fisheries at UBC. “But no report doesn’t mean bleaching didn’t happen. It could be that the monitoring resources are not available or the reefs are too remote to visit.”

To build the database, the researchers scoured academic journals, government documents and other sources for reports of coral bleaching missing from an existing voluntary database commonly used by scientists. Then, they personally contacted local experts in places where they suspected coral bleaching had occurred.

So far, their database contains 79 per cent more reports than the voluntary database. The researchers also found two-thirds of the new reports show moderate or severe bleaching. Using the data, Donner and his team also created global maps showing areas where coral bleaching likely occurred between 1985 and 2010, despite the lack of previous reports.

“If oceans continue warming at the current rate for the rest of the century, it’s likely that we won’t have many corals left,” said Donner. “About a quarter of the ocean’s biodiversity exists on coral reefs. People depend on them for food, income and protection from rising seas.”

A loss of the world’s coral reefs from climate change would be disastrous for people in the tropics and Donner encourages everyone to contribute to the open-source database.

“You don’t even have to be a scientist,” he said. “To anyone who is a diver, your citizen-scientist engagement can be valuable for us trying to understand what’s happening to coral reefs around the planet.”

The study, published this month in the journal PLOS ONE, was co-authored by Gregory J.M. Rickbeil and Scott F. Heron. 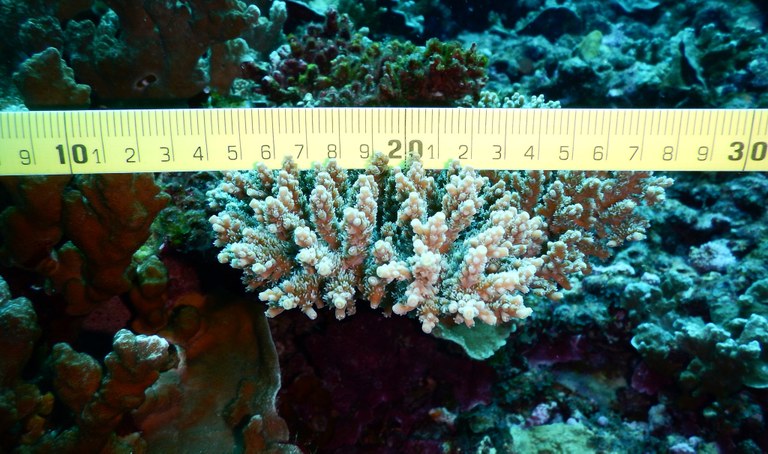