That’s Where all the Fungia Are 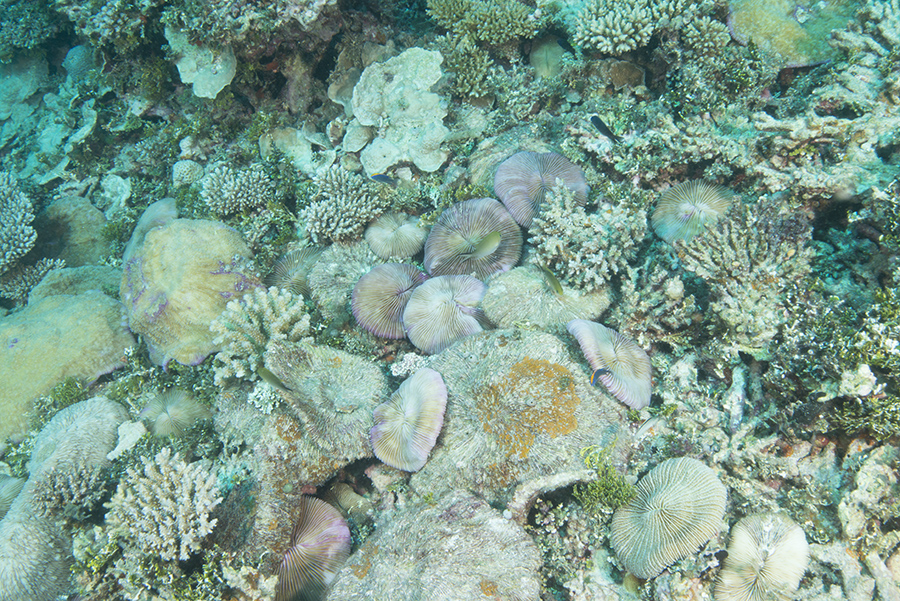 I’ve read that corals from the Fungidae family, specifically genus Fungia, can often be found in large congregations.  I have on occasion seen these solitary corals in small aggregations, but never have I seen as many as I did on this particular dive.

Call them Disk Coral, Mushroom Coral, or even Chinaman Hat Coral if you’re old school, Fungia are fascinating, colorful and quite hardy, and seem to be quite sociable. 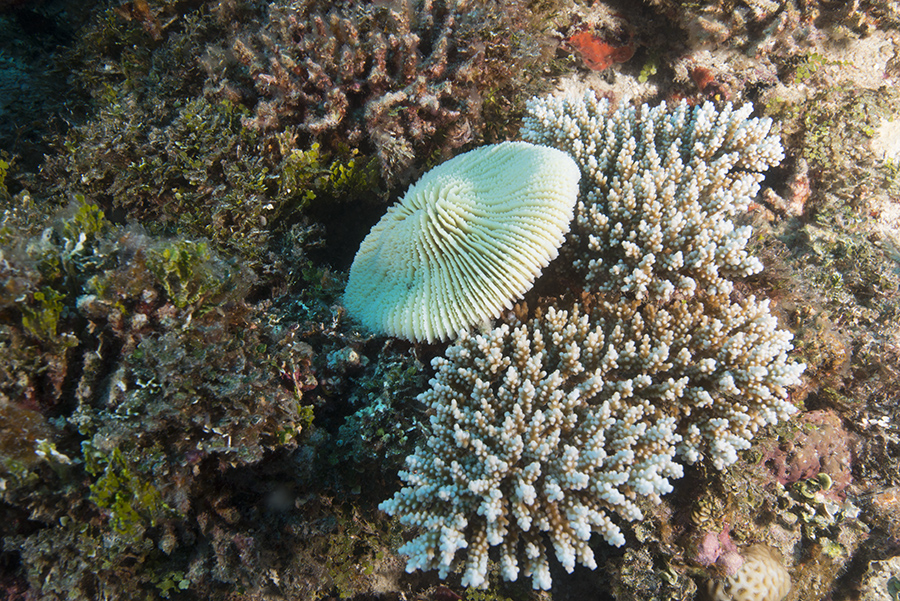 According to Eric Borneman in Aquarium Corals, Selection, Husbandry and natural History: “Because the family members do not ‘sting’ each other, areas are often littered with fungiids of many genera and species.”  He also says: “Species identification is difficult and depends on skeletal analysis.”  I’ll use this as a good excuse for not even trying to ID the specimens in these photos. 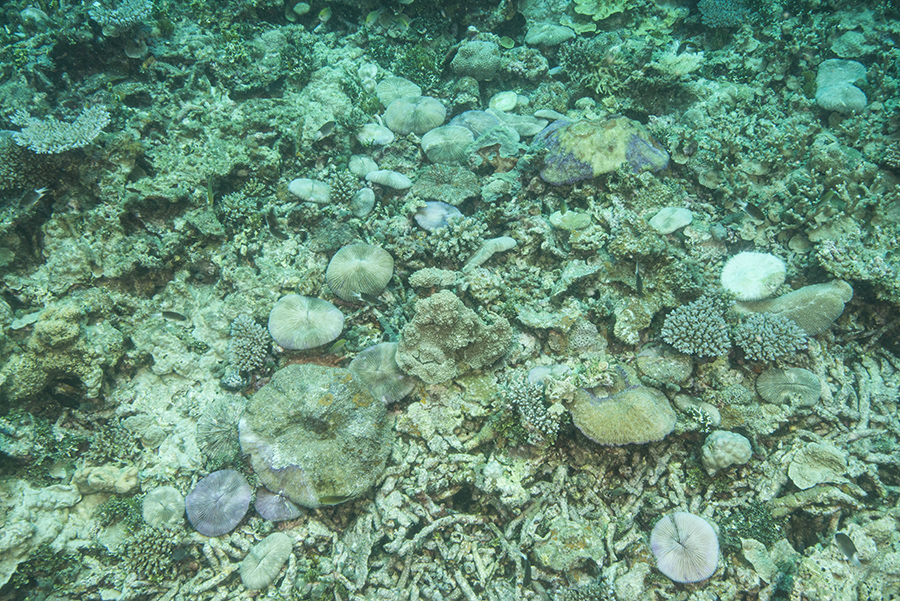 This group of fungia have certainly found a location that suits them perfectly.  The currents and light levels on this reef, which as I recall was around fifteen meters deep, are ideal for them.   Maybe the amount of broken up coral rubble allows the fungia to move with ease?  Here the corals are free from the possibility of moving underneath large coral colonies, with the problems that would cause, from shading to physical obstruction. 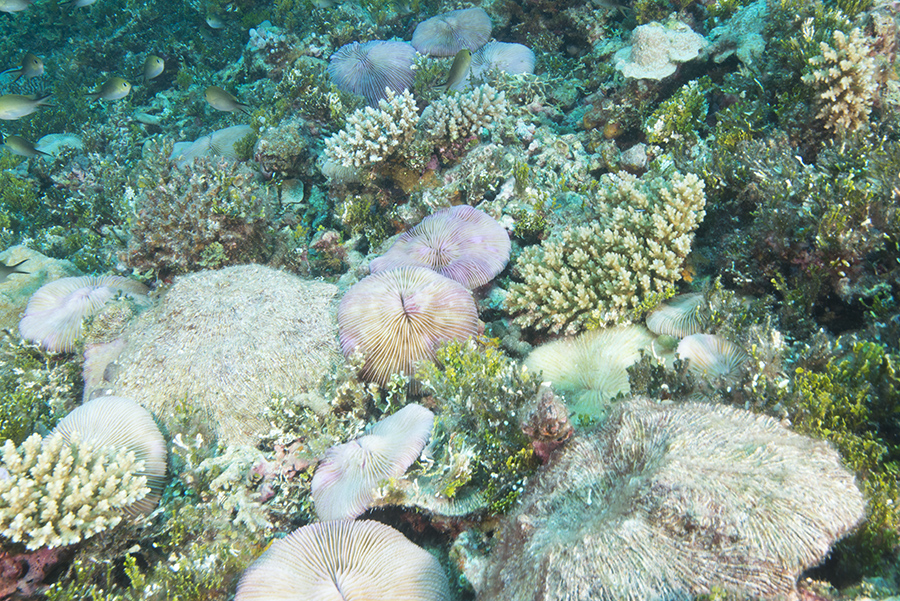 Why You Should Test for Phosphate