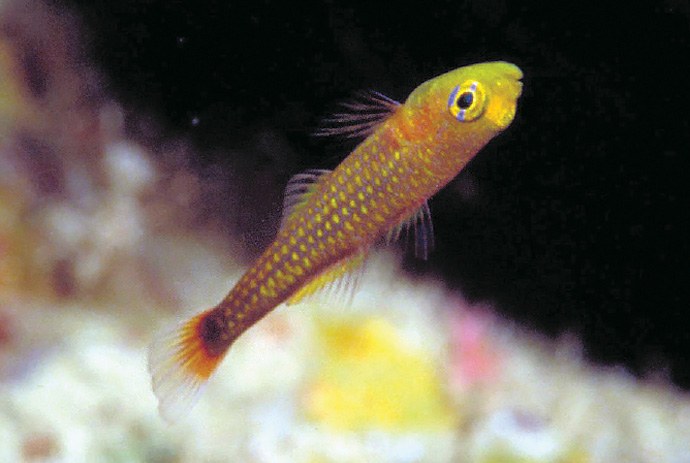 Trimma finistrinum swimming upside down. Photo by B: R. Myers.

Richard Winterbottom describes Trimma finistrinum alongside another new Fiji Trimma goby, Trimma bathum (no good live photo exists of T. bathum) in ZooTaxa.  It may seem surprising that such a colorful fish is only now being described, but keep in mind that Trimma gobies are very tiny (most are less than 3 cm / 1 inch long), cryptic, and found among very colorful, busy coral reefs.  We know nearly every big reef fish in shallow reefs by now (a new Tang was discovered in 2016, shocking researchers), but there are still a lot of tiny species we have yet to catalog.  AAlmost all of the newly discovered reef fish are either deep water species or tiny gobies such as T. finistrinum.