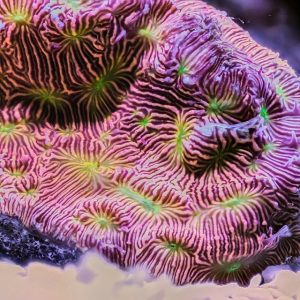 A recent molecular study focusing on corals of the family Agariciidae came to an interesting conclusion—Pavona and Leptoseris, the two groups most familiar to aquarists, aren’t actually distinct from each other and should probably just be treated as a single genus. The agaraciids are one of the last major groups of stony corals whose classification is still based entirely on older morphological studies. But macromorphology is often highly misleading when it comes to the evolutionary history of stony corals (as we’ve seen with the major upheavals to brain coral taxonomy in recent years), and the same is apparently true here.

If you’re not terribly familiar with the agariciid corals, these can be roughly defined by their small polyp size and the prominent lines which interconnect the polyps (termed septo-costae). It’s this latter trait which is particularly noteworthy, as the thecal wall which typically separates the individual polyps is lacking in this family, resulting in a highly confluent arrangement to the colony. For the most part, species in this group are either flat and encrusting or form thin, delicate plates, though a few can form notably large and massive colonies that resemble brain corals.

In the Indo-Pacific, the most diverse genera are Leptoseris and Pavona, and these are probably the only two groups with any name recognition among aquarists. Several different species are regularly seen: P. maldivensis, which has prominent circular corallites and forms lumpy, orange or green-colored colonies … the thin, plate-like branches of  P. frondifera and P. cactus… the dense, convoluted polyps of P. decussata… and the vibrant metallic orange of L. mycetoseroides. But it’s always been difficult to pinpoint what actually separates these two genera, as the species within these groups can be so variable in their overall shape. The differences between the two become even more obscure when we take into consideration all of the other species which don’t find their way into the aquarium trade. 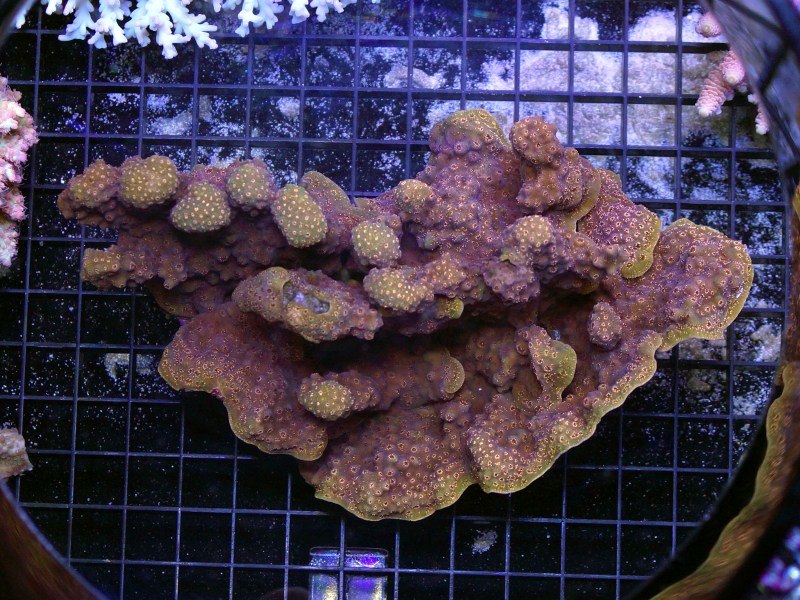 For the branching or laminar species, we can say that Pavona typically has polyps on both sides, while in Leptoseris they are only found on the dorsal surface of the colony, but this distinction isn’t terribly helpful for species that encrust or are mostly massive. Leptoseris also tends to grow outwards from a central corallite (circumoral budding), while Pavona doesn’t (monostomodael or tristomodael budding). And Leptoseris tends to have thinner and more numerous septo-costae, giving the coral an attractive, lined appearance, while Pavona typically has fewer and thicker septo-costae, which often give the corallites a star-like quality. 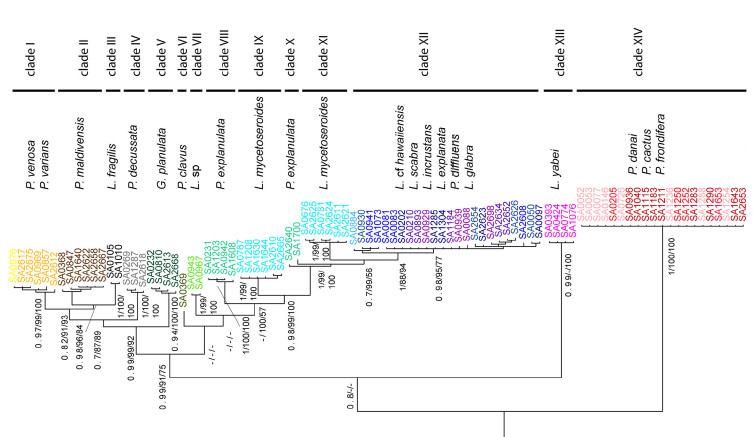 But the molecular study of Terraneo et al. 2017 basically argues that this is all nonsense, and that these corals form a single evolutionary lineage which has repeatedly arrived upon these different morphologies. These authors found numerous species groups which failed to correspond to our current classification. For example, the Pavona species which form thin branches or fronds (P. cactus, P. danai, P. frondifera) seem to represent the earliest group to diverge, followed by the obscure L. yabei, which resembles an agariciid crossed with a Montipora capricornis.

Several other distinctive corals also seem to form their own unique subgroups. Pavona venosa and P. varians are a pair of closely related species which develop prominent ridges between their polyps. This gives them an especially brain-like quality, and previously they had been placed in their own subgenus, Polyastra. Some of the other popular aquarium corals—P. maldivensis, P. decussata, L. mycetoseroides—are also shown to occupy their own unique lineages. In the case of the L. mycetoseroides, evidence of a second undescribed species was found, which might call into question the true identity of aquarium specimens. And, interestingly, another half-dozen species were recovered together in a single undifferentiated clade. This suggests that there is either a single, variable species present, or, conversely, that there are numerous species which have only recently speciated or are engaging in rampant hybridization. 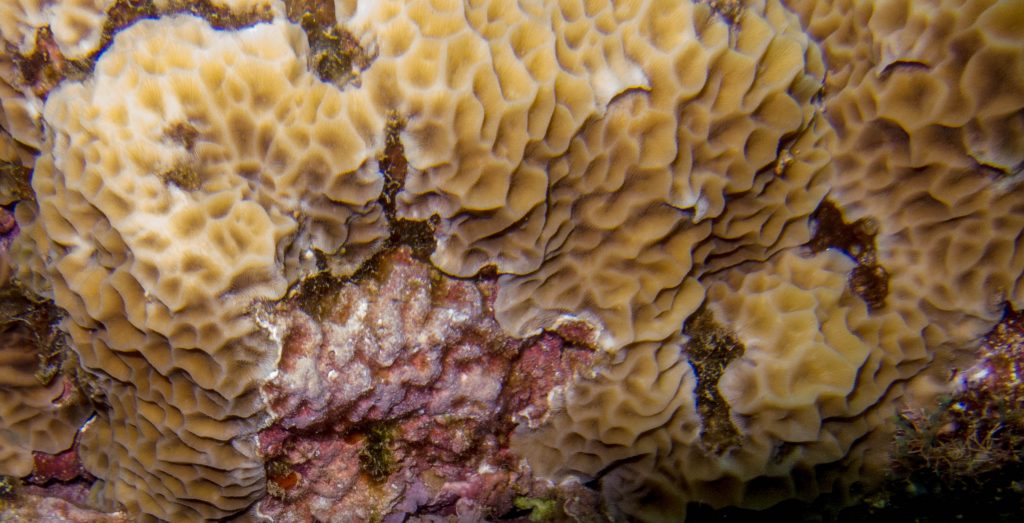 Finally, the peculiar Gardineroseris planulata—the only member of its genus—was shown to have derived from within this Pavona–Leptoseris amalgamation. This coral has a fairly idiosyncratic look to it, with acute, wall-like structures separating groups of corallites, giving the colony a honeycombed appearance. But these ridges are not all that different from those found in some of its close relatives (like P. venosa), and so this genus will in all likelihood disappear when the family is formally revised.

It’s important to emphasize that this study was only a preliminary investigation into this group’s interrelationships, and it only examined a small regional subset of the family’s full biodiversity. For example, we still don’t know where the West Atlantic Leptoseris species (L. cucullata, L. cailleti) fit into this picture. Did they descend from the main Indo-Pacific lineage, or might they instead belong to their own distinct group? Stony corals in the Atlantic are now typically classified in separate genera from their Indo-Pacific counterparts, but there are exceptions. 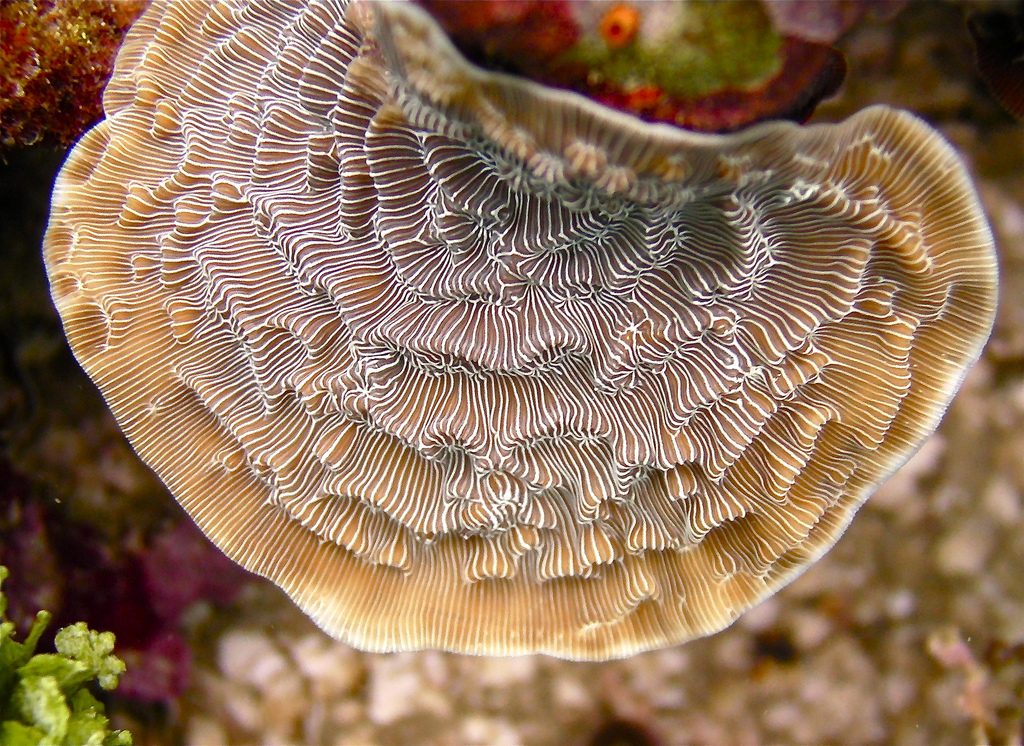 Porites and Acropora are the best examples of corals with a cosmopolitan distribution and, together with the agariciids, belong to a major lineage of stony corals known as the so-called “complex” clade. These typically have a more lightly built (i.e. complex) skeletons and represent one of the earliest scleractinian groups to diverge. In both Porites and Acropora, the Atlantic Ocean taxa belong to distinct lineages which split off very early on in the evolutionary history of these genera. This suggests that these are relatively ancient groups in the region and not merely recent colonizers. The same likely holds true for Leptoseris here as well, but we won’t know for sure until these corals are properly studied. Expect some interesting taxonomic changes for this family in the coming years.