Okay. Probably not, considering some of the contenders, but still…you have to admit that it’s pretty awesome. 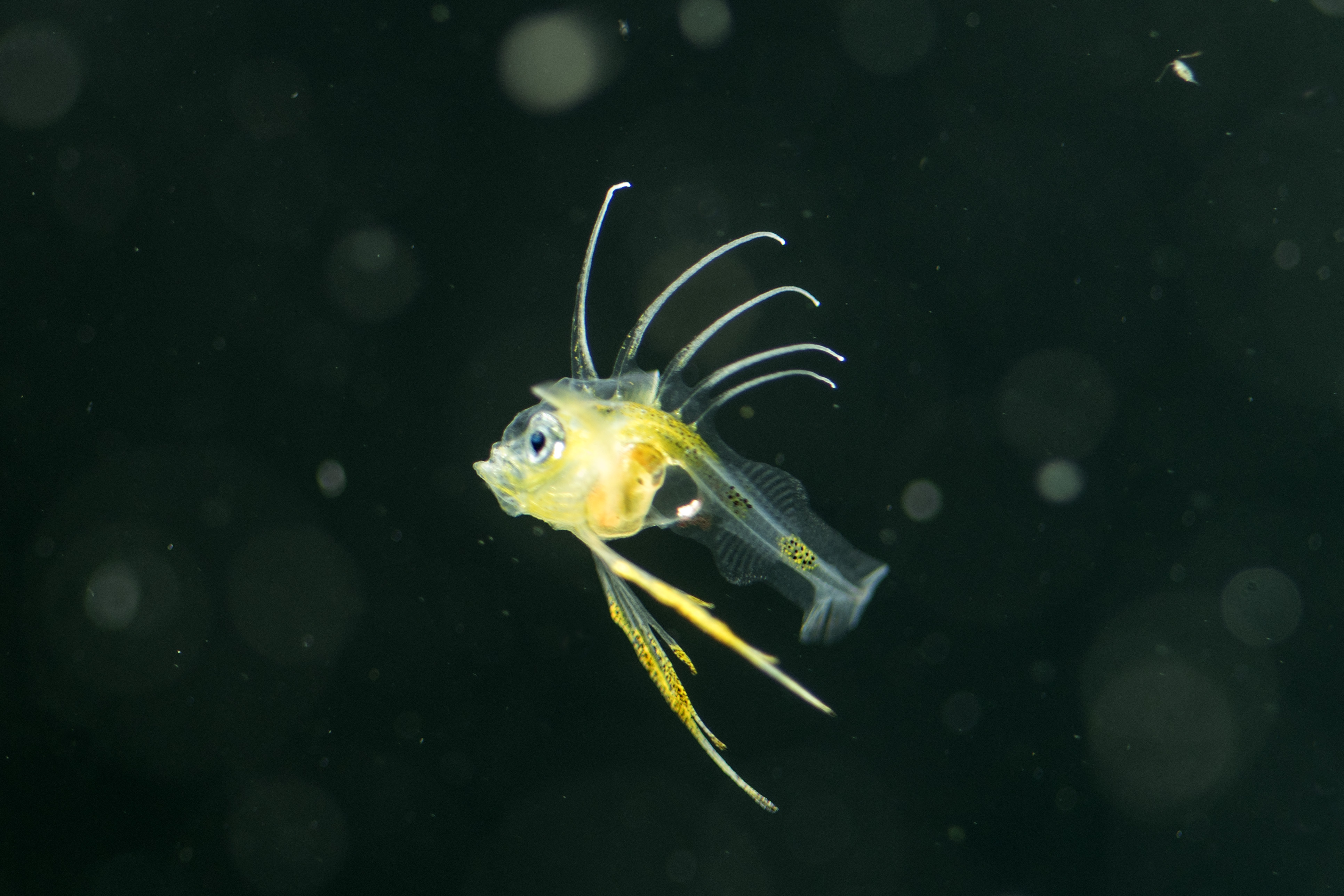 One of the great benefits to maintaining an aquaculture infrastructure year-round is that when you are presented with unique opportunities to obtain eggs or larvae, you are ready to attempt raising them. I was afforded one of these opportunities about a month ago when I received a call from Captain Greg Metzger of Reel Science Charters. He described a gelatinous egg mass he had found drifting at the surface of the ocean, a few miles off the coast of Long Island, NY. I knew immediately from his description that it was from a goosefish (AKA monkfish), Lophius americanus.  The goosefish is named for its habit of eating seabirds during the spring spawning season when adults leave their benthic habitat on the continental shelf and ascend into the water column. It is a large anglerfish belonging to the family Lophiidae and order Lophioformes, which includes all of the anglerfishes. It is known in the seafood industry as monkfish, a name given to its close relative in the eastern Atlantic and Mediterranean, Lophius piscatorius because European fishermen noticed that monks would often target this fish when picking through their discard piles.

A few hours after our phone conversation, Greg delivered a 5-gallon bucket to my door. In it was a 6-inch square fragment of the egg mass that he had ripped off before returning the rest of it to the ocean. I aerated the mass at home overnight and brought it into my lab at Suffolk County Community College the next morning. The eggs appeared to be healthy and in the early stages of development. Over the next two days, I watched their eyes and other organs develop. By the third day, many of them had wriggled free of their individual capsules within the gelatinous mass and were drifting around the bucket. By the fourth day, they were all drifting, but still had considerable yolk reserves. I separated them out into several tanks and reached out to my colleagues in the East End Aquaculture Alliance, Noel Heinsohn and Dan Elefante to see if they wanted to take some of the larvae back to their respective facilities. Noel was out of space, but Dan hurried over to get some larvae for his lab at Southampton High School. I thought it would be a good idea to spread them out as much as possible to increase the chances of any of them surviving. Although Lophius larvae are very large on hatching and feed readily on cultured foods, they have never (as far as I know) been raised all the way to settlement. The bottleneck seems to be transition foods in the late larval stages. Most fish culturists I’ve consulted who have experience with goosefish agree that they probably need to be eating small fish in order to get to settlement. 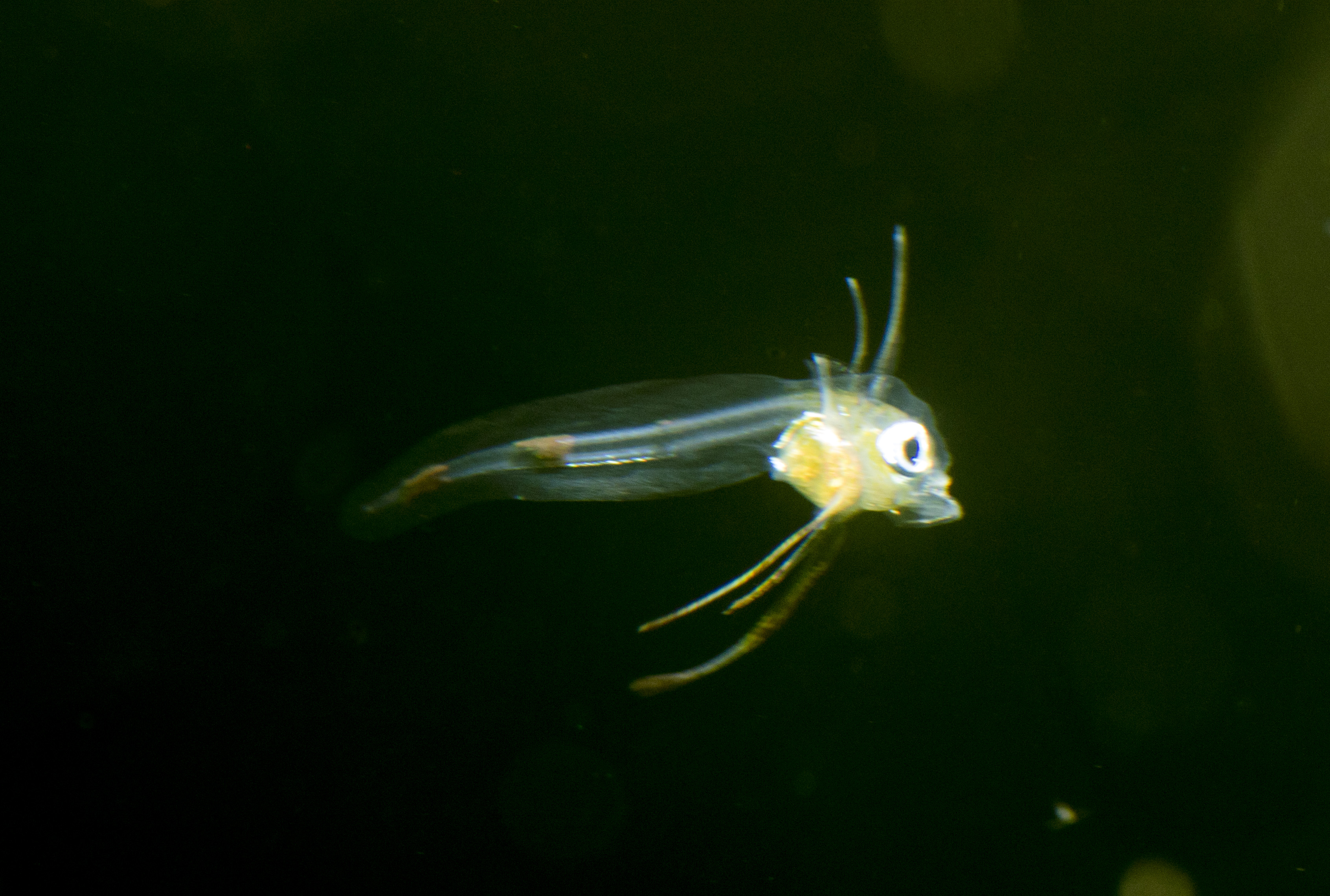 As of this writing, about a month into their development, only a few larvae remain. They are currently eating Artemia and large copepods (Pseudodiaptomus sp. from Algagen). I don’t have high hopes that any of them will make it to settlement, but I am thankful for the opportunity to watch and photograph these amazing larvae through at least part of their development. 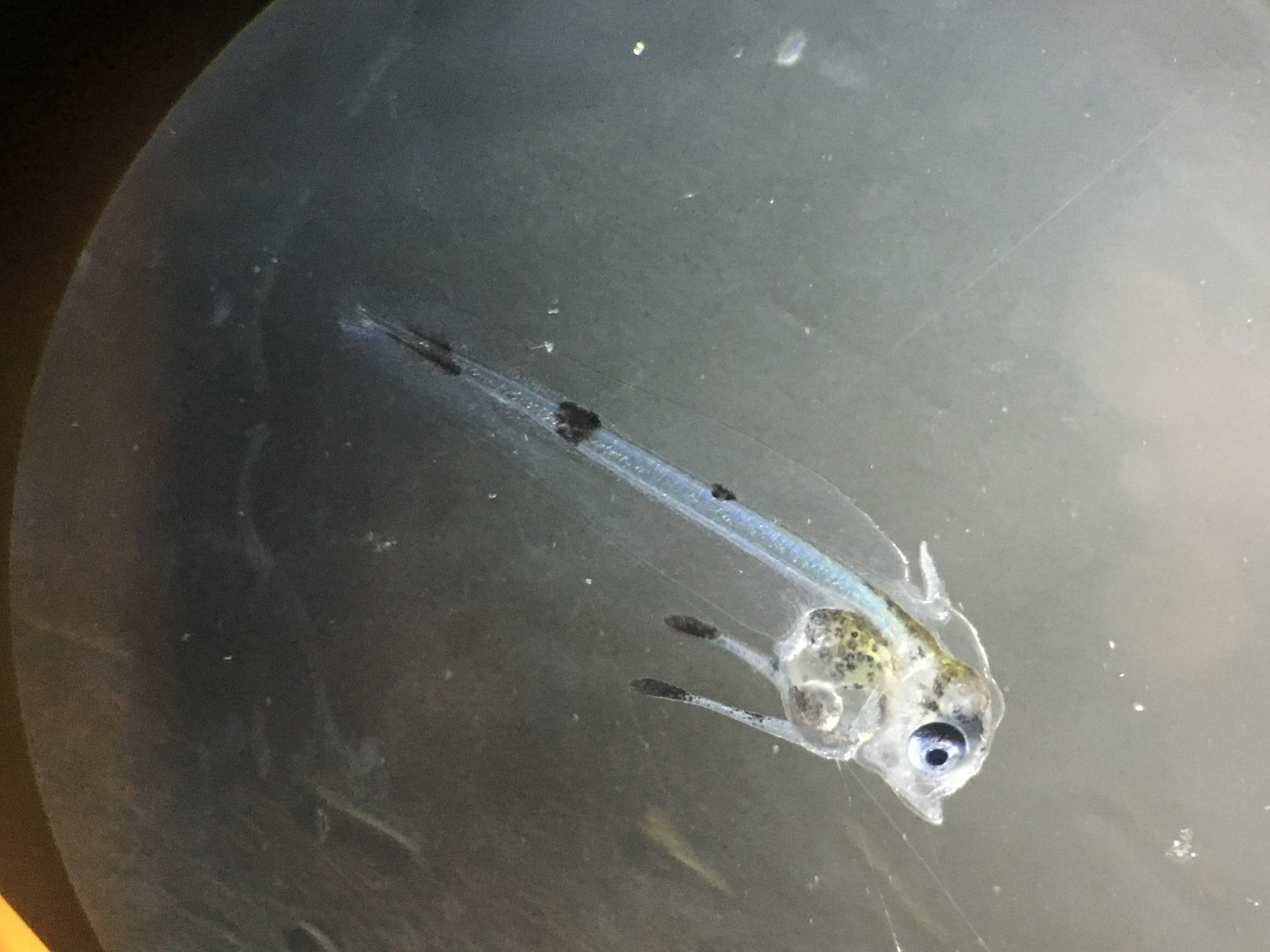 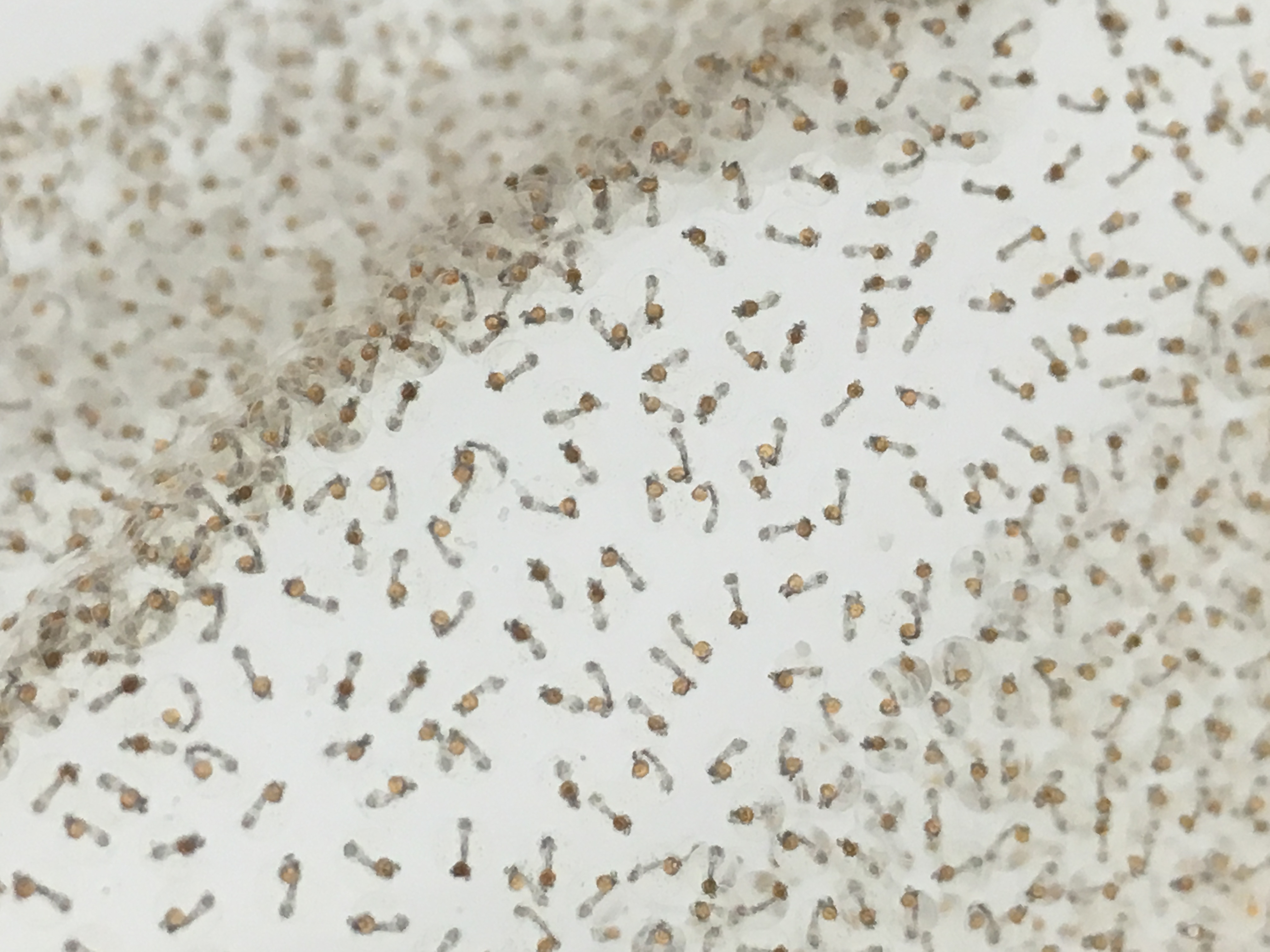 Do you Feed Your Corals?