When we think freshwater biodiversity, we often think of the tropics, so you may be surprised to learn that the biodiversity of the Appalachian Mountains of the eastern United States is among the highest recorded globally with many endemic species found nowhere else.  There are now three more species added to the official record.

Three new crayfish species were found in neighboring streams in the Kentucky Appalachians.  All three species are similar and are part of the Cambarus robustus complex.  The dynamic geographic changes of the Appalachians is fertile grounds for speciation.  For example, the theft or diversion of water from one stream by another there often creates new, isolated biotopes that can give rise to new species such as these three new crayfish:

1. Cambarus guenteri occurs in the southern tributaries of the Kentucky River mainstem as well as throughout the South Fork Kentucky River.

2. Cambarus hazardi, which has the widest distribution of the three new species, occurs in the North Fork Kentucky River, Red River, and upper reaches of the Licking River basin.

3. Cambarus taylori is a narrow endemic, which only occurs in the Middle Fork Kentucky River. 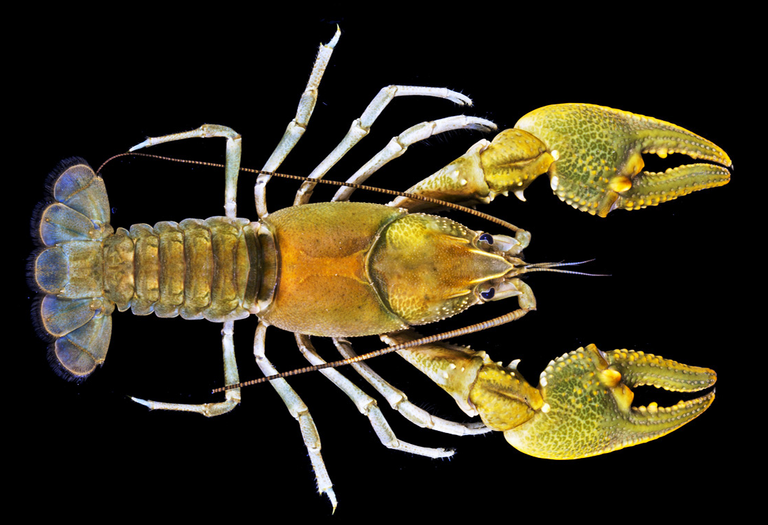