Rad Reefs on the Big Island of Hawaii 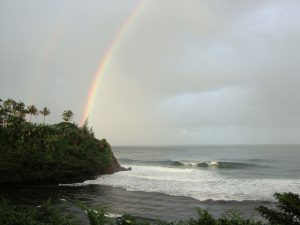 Exploring coastlines and finding underwater creatures has been a passion of mine since childhood.  Growing up in coastal Florida, I kept what I caught locally in home aquariums before landing my high school job at a burgeoning exotic pet store and eagerly learning about every exotic fish and coral we imported from the Indo-Pacific.

Nowadays I spend a lot of time surfing, growing orchids, and making art, but I also SCUBA dive and I still catch aquarium specimens.  I worked in the retail/wholesale aquarium scene in FL and CA and studied biology and fine art at university.  I’ve traveled extensively abroad but for the past ten years Hawaii has been my home.  The ocean here is incredible and I’m excited to share my experiences in this blog. 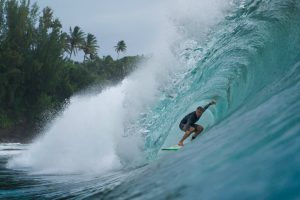 My favorite way to interact with coral is by getting tubed across a shallow reef…. this is me at my home break in Hilo 🙂

My name is Timothy Brown and I maintain a large display aquarium at the visitor’s center for the Papahanaumokuakea Marine National Monument in the Northwestern Hawaiian Islands (NWHI).  The NWHI encompasses the remote islands northwest of Kauai up to Midway and Kure Atolls and contains unique fish endemism and coral species not found in the main inhabited Hawaiian islands.

I’ve maintained and setup myriad aquarium systems in my life, but a few years ago I had the opportunity to design my largest exhibit to date.  Here in the heart of downtown Hilo on Big Island, I built a 15ft long, 3500 gallon, 3-sided public-display tank featuring native Hawaiian species. 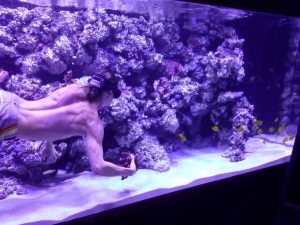 Aquascaping takes on a new level

It was fun, and a crazy amount of work.  Now I’m collecting eggs in the filter daily and there are rare endemic fish happily cruising, like a sexually maturing pair of Genicanthus personatus and even a couple species that cannot be found elsewhere in captivity.  I had extremely limited resources starting out so it is just fish only for right now, but I have the permits and plan on collecting and growing native coral species soon. 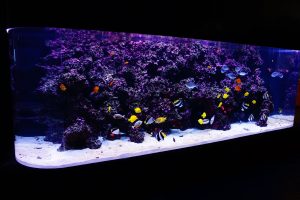 Some of my friends work in aquaculture utilizing large open, flow-through seawater systems.  We’ll definitely check out these systems later in the blog too 😉  For now, I invite you to join me on my adventures… so crack open a cold beer and enjoy as we dive into the Rad Reefs of Hawaii! 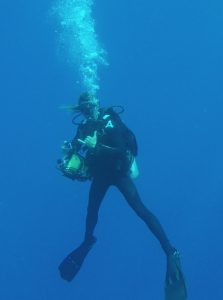