By danireef 4 years ago5 Comments 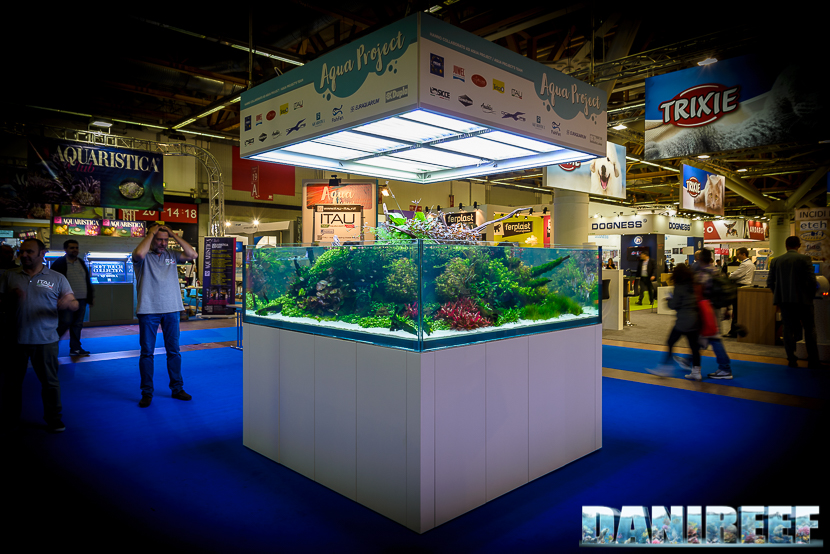 Today, we’ll end the series of articles about Zoomark 2017 with a great topic: the MiniOceanario.

This beautiful aquarium was the main attraction of the 19th pavillion. It was a very big, square-shaped aquarium, curated by Giuseppe Nisi and Fabio Lorusso, internationally known aquascapers. Both men are members of the ITAU, the ITalian Aquascapers Union, an association that wants to make aqhuascaping better known in Italy and in the rest of the world. We have talked extensively about this in the past, if you want more information, you can follow the link to their page at the end of this article.

The team in charge of Zoomark 2017 actually gave a special award to Giuseppe Nisi and Fabio Lorusso for their beautiful aquarium.

The tank was crafted by the Italian company OceanLife. 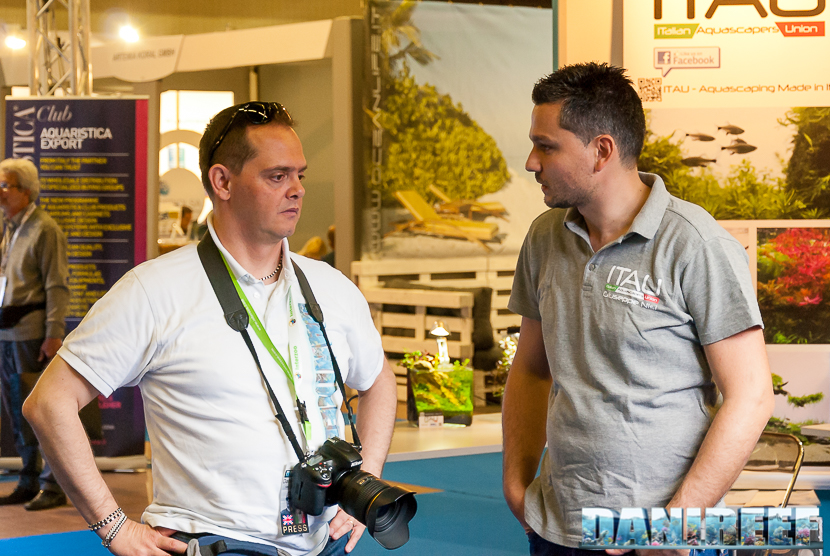 Pictured above, Danilo Ronchi and Giuseppe Nisi are talking about the details of the beautiful MiniOceanario. Fabio and Giuseppe explained that it was created in memory of Takashi Amano. As we already know, the great master created the Lisbon Oceanarium, and our friends wanted to remember and honor him with this project. 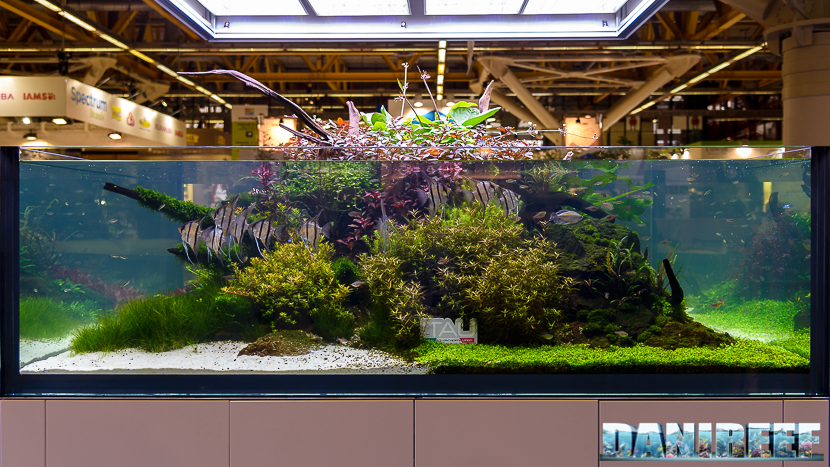 The aquarium was really spectacular, and we loved it. We even made a video in 4K, and if you can display it on your screen, the resolution is worth it.

Here are some beautiful Pterophyllum scalare that were in the MiniOceanario.

And finally, here’s the video we made. We look forward to your comments and opinions!

There were other aquariums by ITAU‘s guys. In addition to those we’ve already shown you, there were these two lovely, small tanks:

Zoomark 2017 is now finished. We’ve concluded our reports, but if you want to reread our comments, we invite you to visit our Editorial.
ITAU – ITalian Aquascapers Union
Zoomark International 2017 Editorial
[translated by Agnese Poggi]