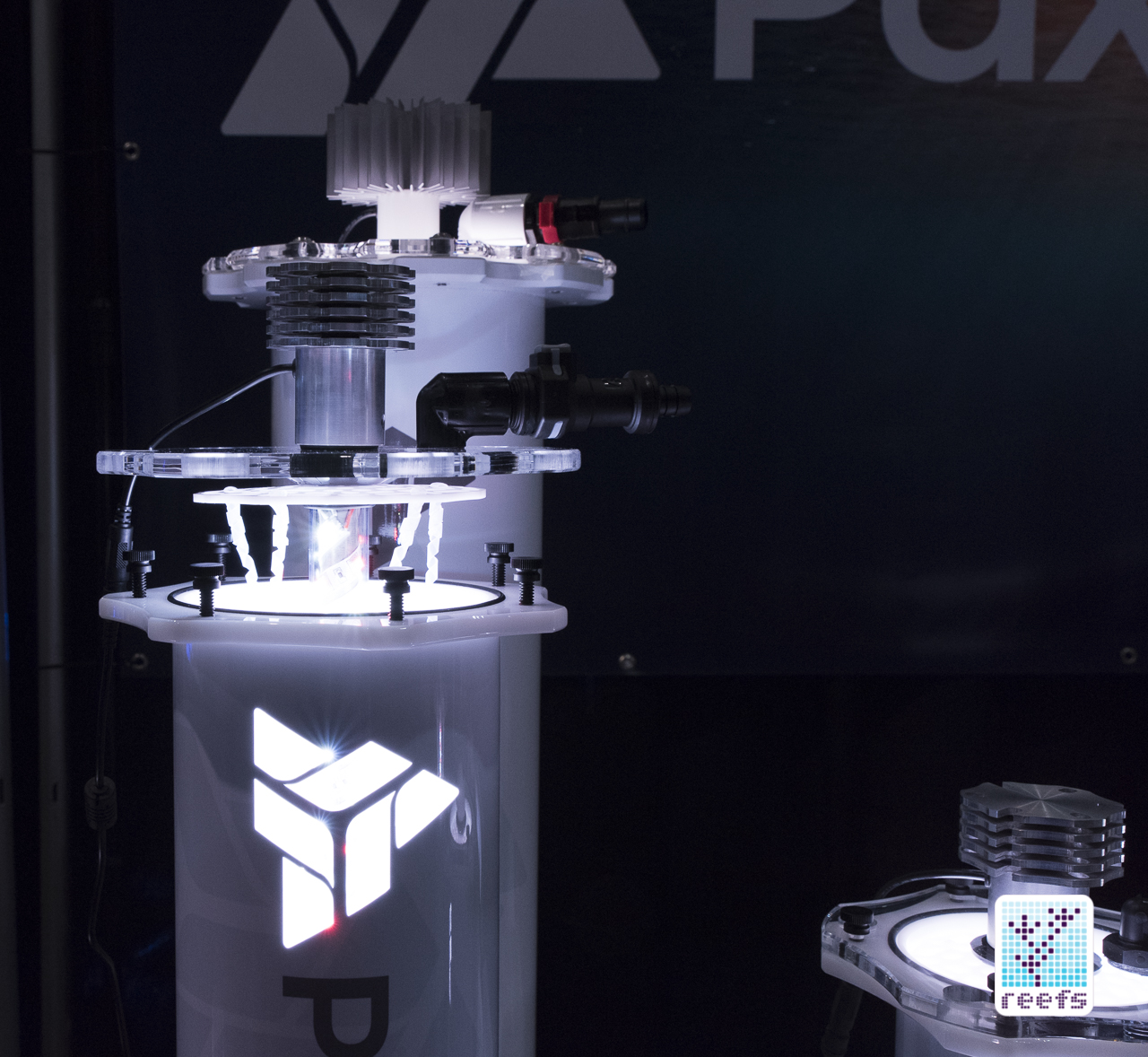 To anyone still unaware of Pax Bellum’s ARID reactor, it’s essentially a product that made Cheatomorpha macro algae cool again. Before ARID, cheato had the status of a secondary method of controlling nutrients in a reef tank and a good choice for in-sump refugiums, providing cover and food for a myriad of different microorganisms present in a saltwater aquarium. But after the day one of ARID’s first users (I believe his name was Randy or something like that) pulled out of it a 3 foot (1 meter) tall green spaghetti-like monster and shared a picture with the description “Two weeks of growth” on social media, nobody looked at cheatomorpha the same way. 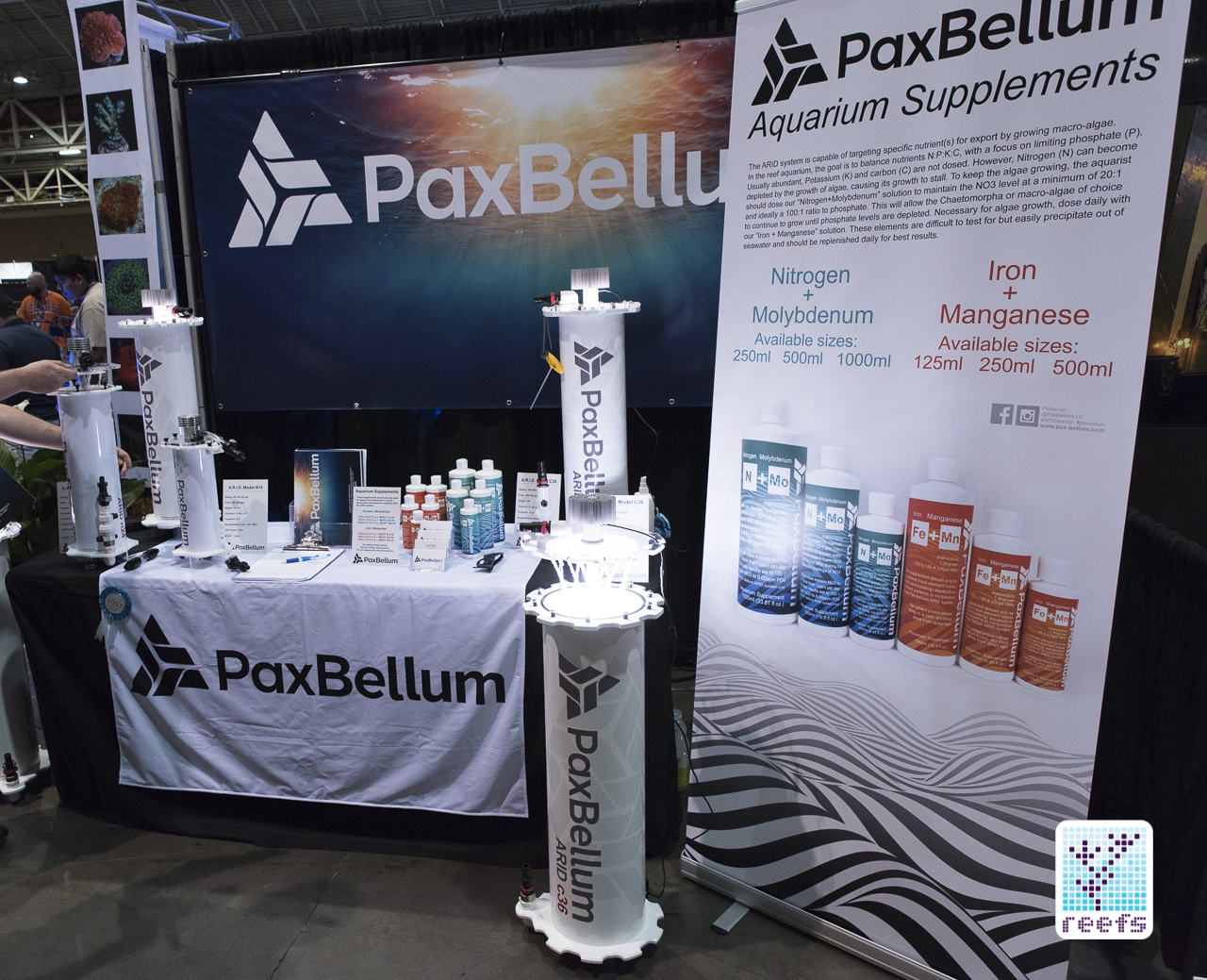 Time and time again, cheato proves itself to be a powerful filtration media and the backbone of nutrient control in some of the nicest tanks out there. Since first model of ARIID hit the retail market, many clones and DIY versions of a cheatomorpha reactor have come into being, but ARIID still remains the unchallenged king of this type of filtration.

2017 brings us a new face of Pax Bellum- new logo, new graphics, and of course, a new line of ARID reactors. Consisting of 4 models, the new ARID features an eye-catching design and excellent build quality- the filter looks and feels solid, with thick, perfectly-machined acrylic and a completely redesigned, thick aluminum heatsink sitting on the top of the device. In addition, the tubular body of the new ARID is opaque, with only a logo cutout that allows you tor peek inside the reactor’s chamber. That’s good news to all those people who overuse aluminum foil around their tanks… 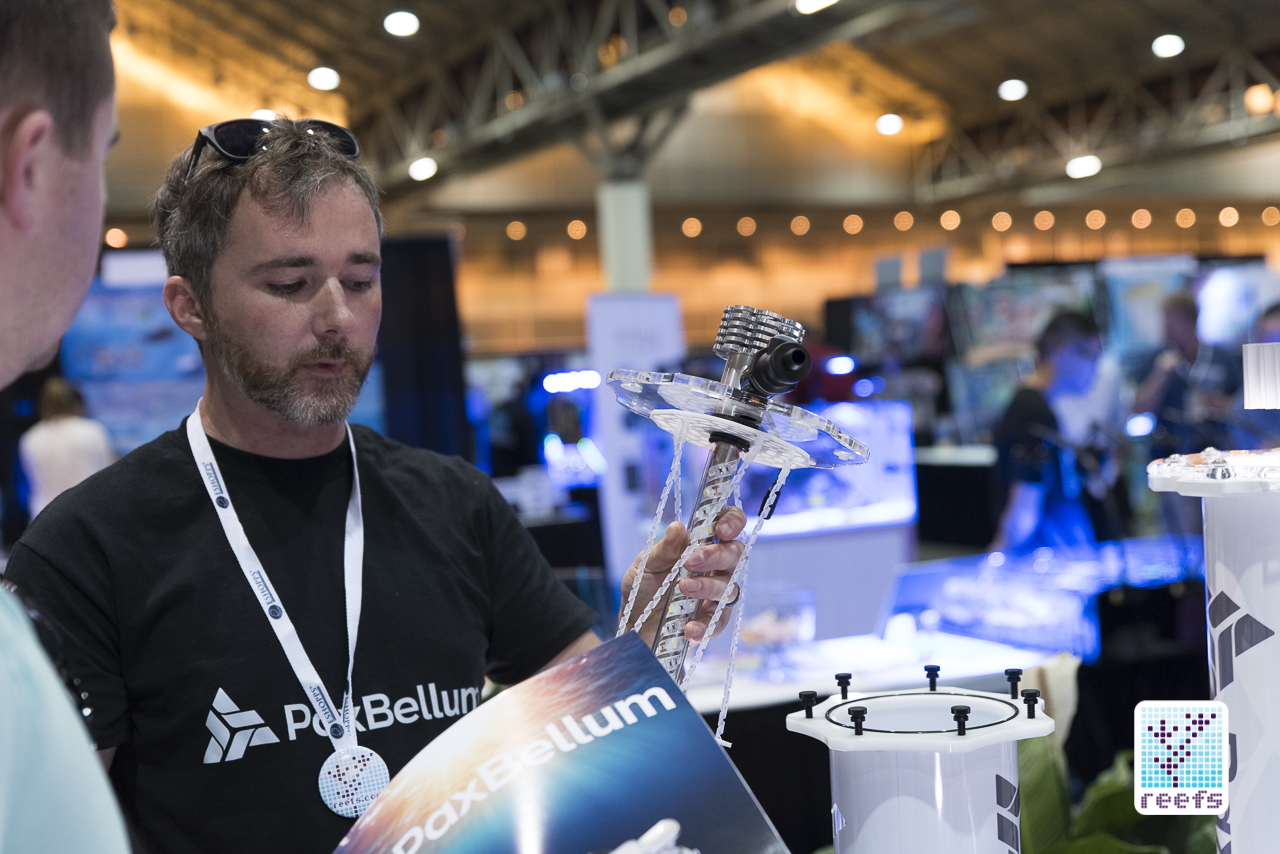 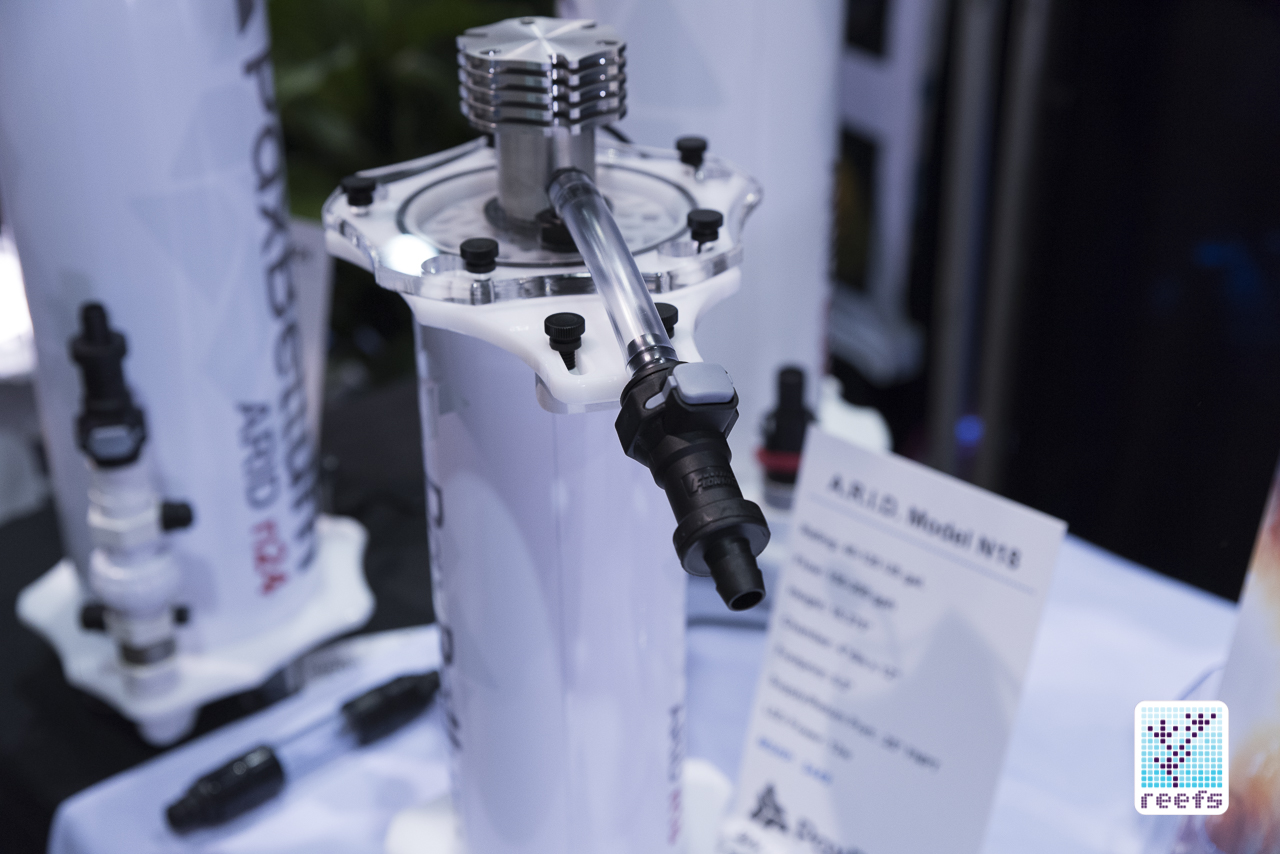 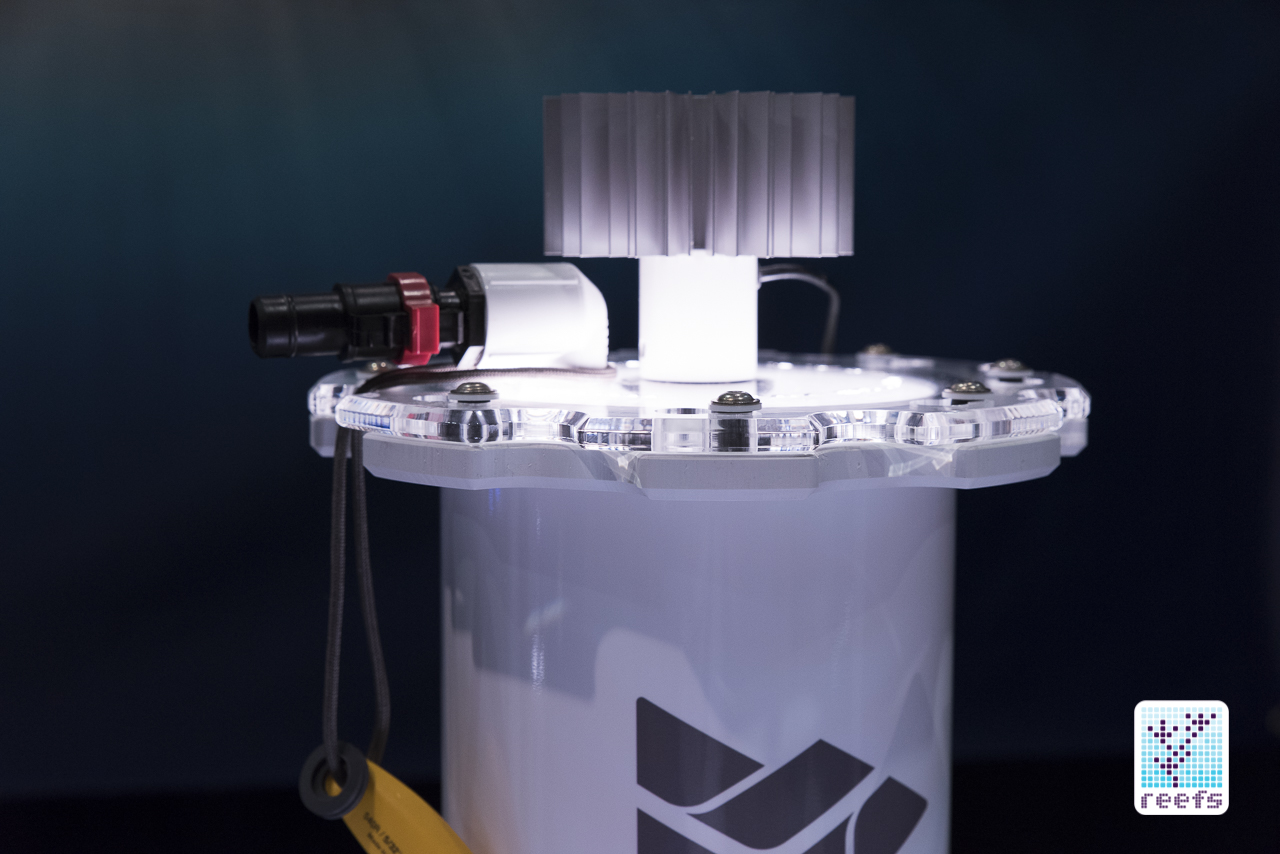 On the electronics side, almost everything is new as well. The light tube is made out of a different, less prone to grazing material, and the electronics that drive the LED chips inside it have been upgraded.

As I mentioned earlier, there are 4 new filters, divided into two series. The c-Series consists of two models- c30 and c36, recommended for tanks 250-500 gal (950-1900l) and 300-1000 gal (1100-3800l) of volume, respectively. The smaller n-series, with two models-n18 and n24, are perfect for smaller aquariums and come with thumb-tightening nylon lid screws (as oppose to c-Series that use hex key stainless steel screws and sockets in their design) and barb adapters (quick connect tubing adapters are standard in the c-Series). Not unlike the previous models, both the n-Series and the c-Series can be affixed with an optional calcium injection assembly.

Our team at reefs.com awarded Pax Bellum and its inventor Tristan Wilson the “Best of Show” award for their excellent new line of algae reactors.

All new models of ARID algae reactors are available for preorder through www.marinedepot.com and www.uniquecorals.com. Please also check out the Pax Bellum Facebook Page for the latest info on ARID and to see some promotional videos showing these new models in action. 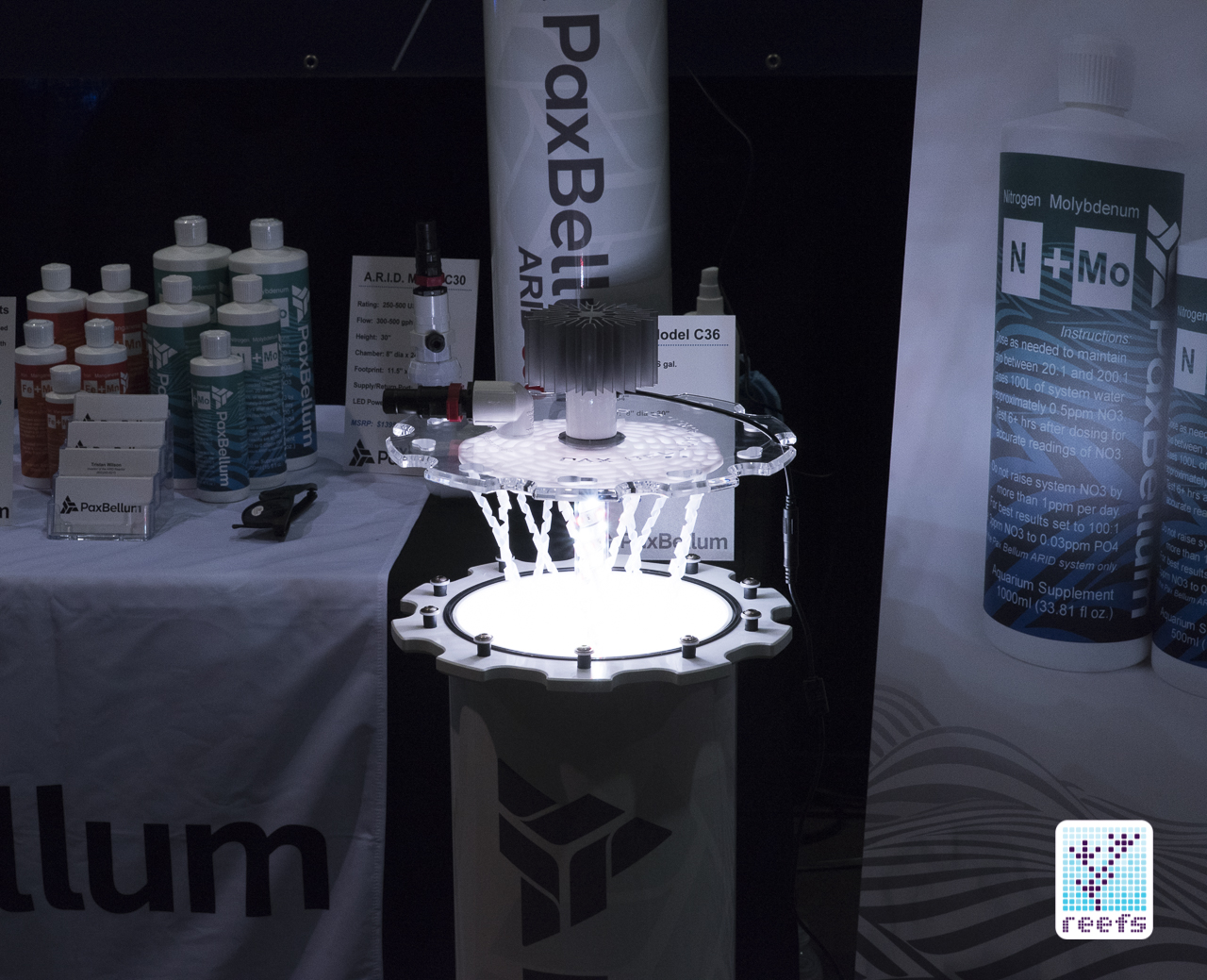 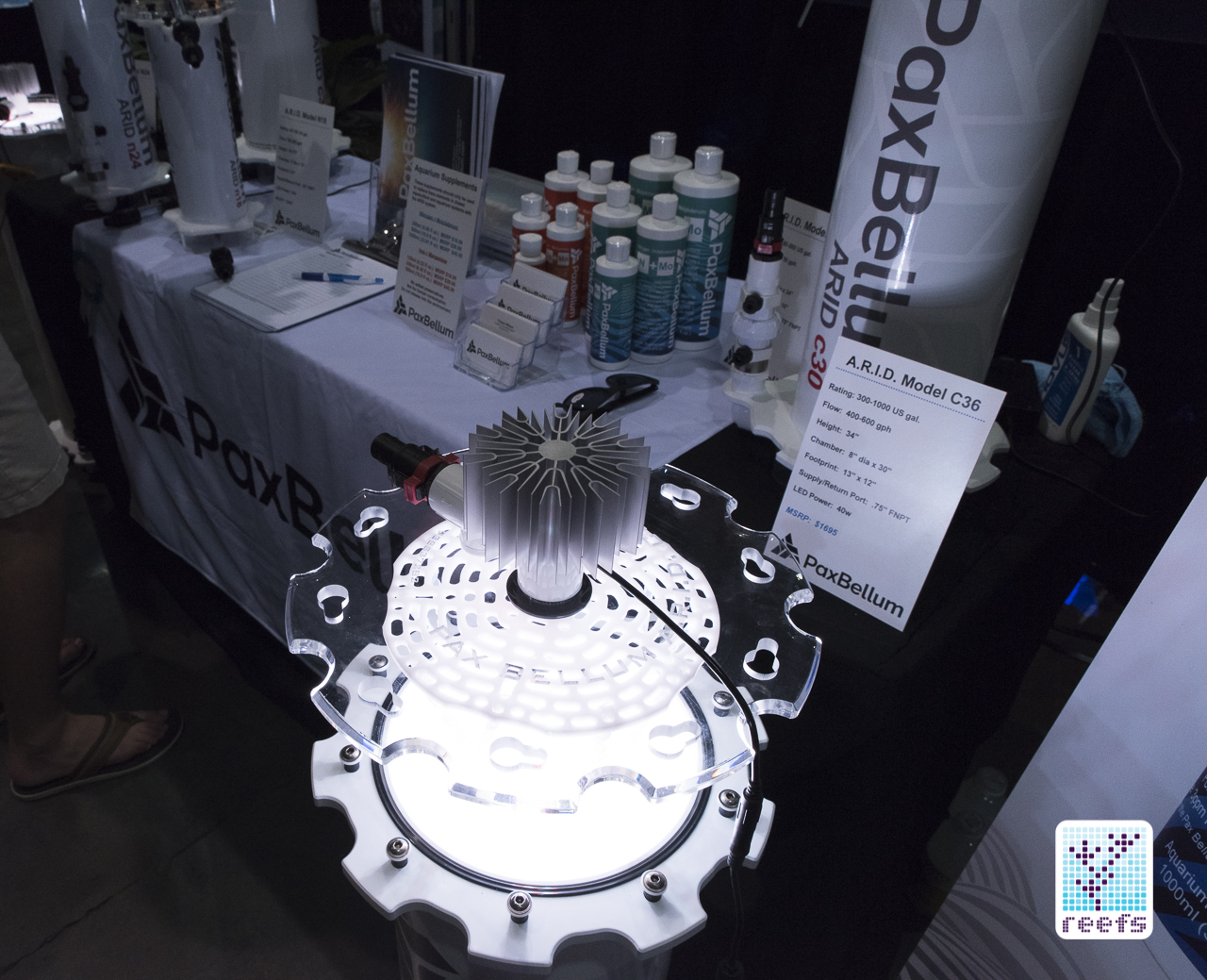 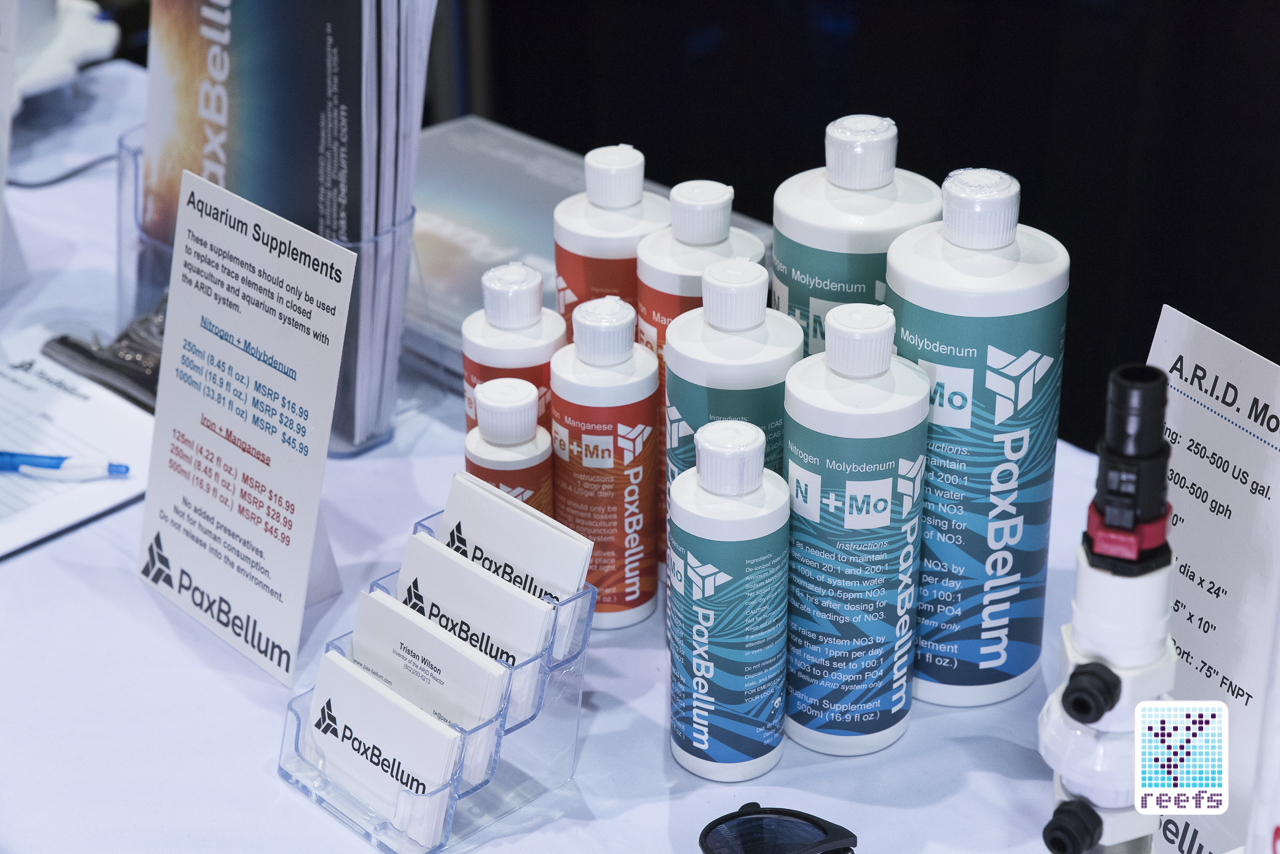 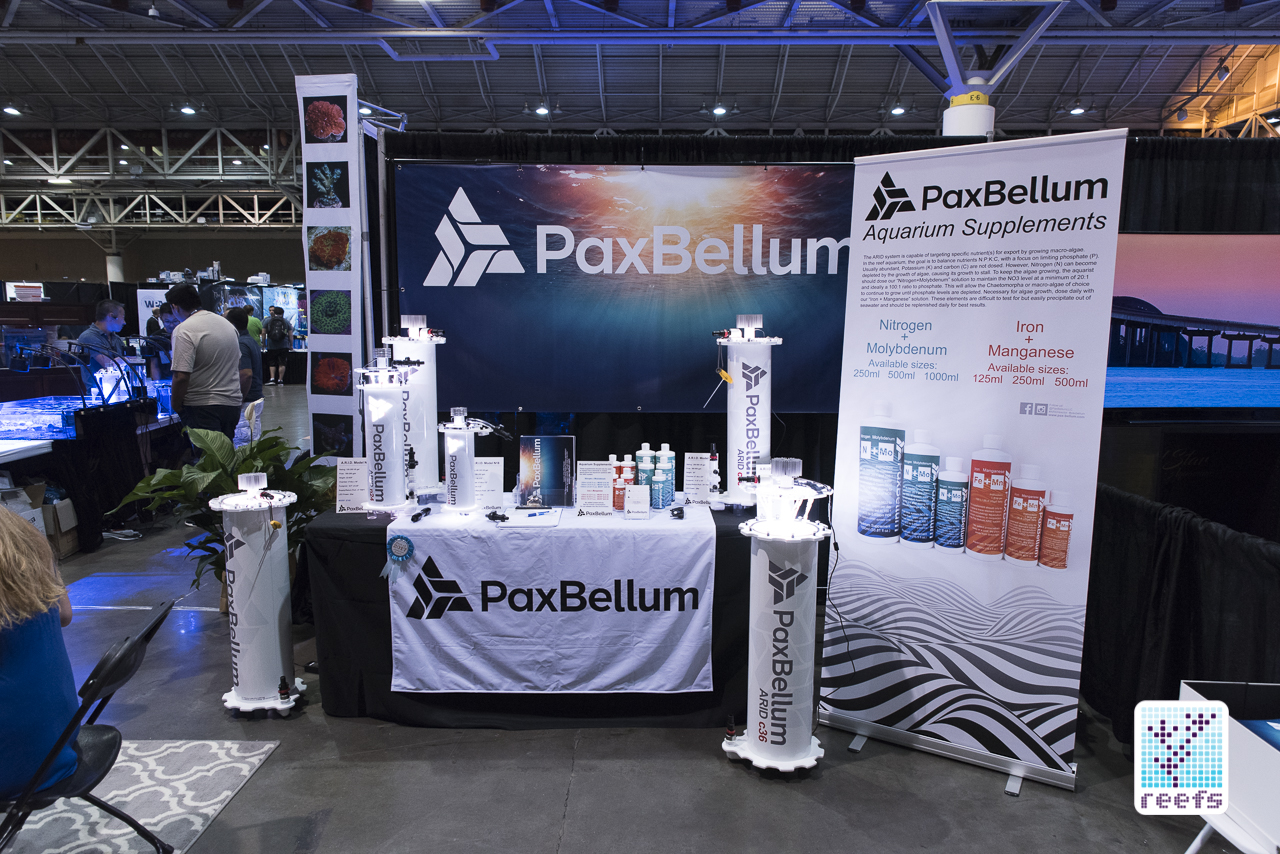 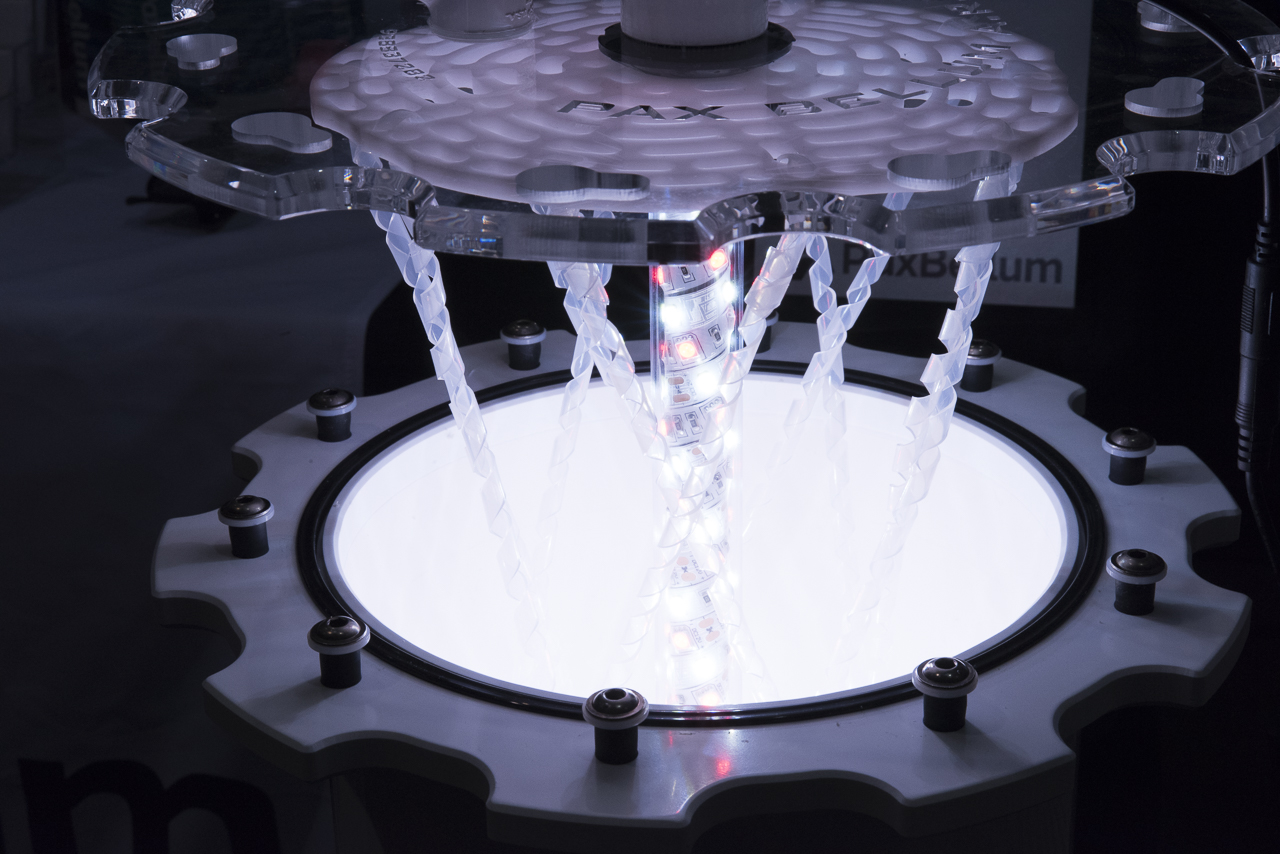 All about Biota Aquariums. 100% Aquacultured and captive bred sustainable ecosystem.