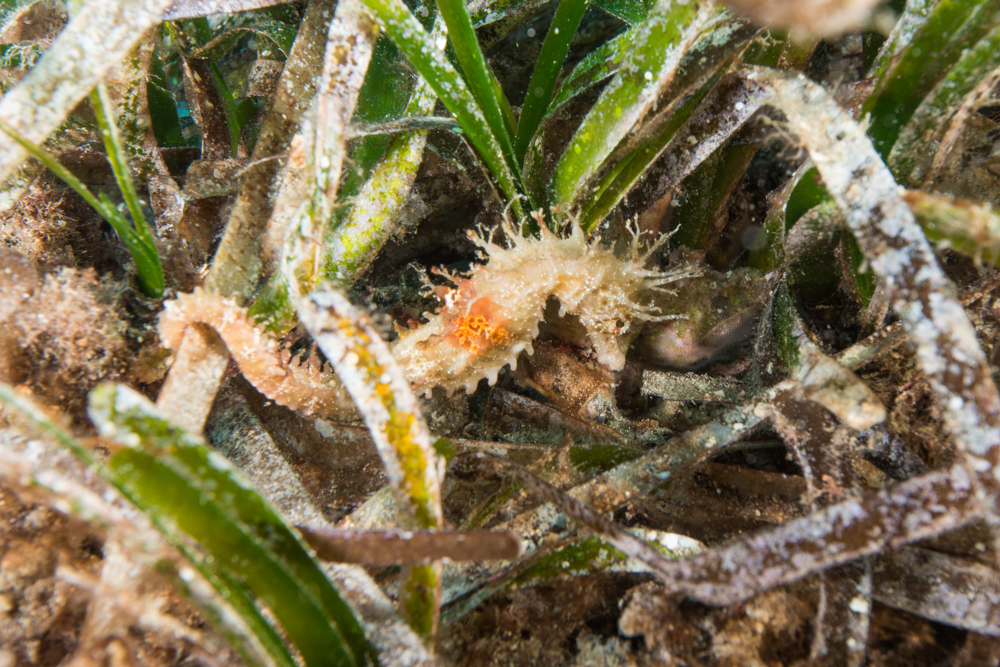 I’ve been diving since 2004 and I’ve seen and photographed quite a few amazing animals and destinations, but up until now, I have never captured an image of a seahorse. Now I have and I’m rather pleased with myself.

The difficulty in finding seahorses is pretty obvious when you look at this picture; while this animal was a fairly large specimen (around 12 cm), you can see just how well camouflaged it is. Its body projections, patternation, and color allow it to blend in so very well.

This particular animal is Hippocampus guttulatus, the Long-snouted Seahorse.  It is also listed as H. ramulosus. This fish is found throughout the Mediterranean. Recently, it has been found around the British Isles, much to the surprise of many, who think of these animals as purely tropical. It has been suggested that H. guttulatus along with H. hippocampus are far more widespread around Britain than was at first suspected. 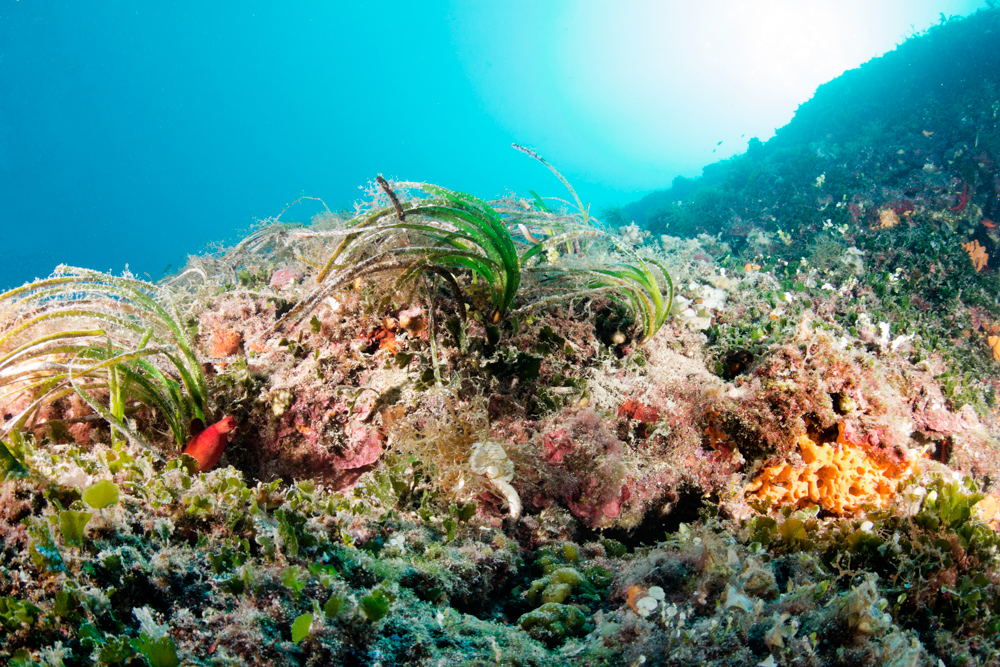 In the Med, seahorses are a little more easy to find, though I’ve had countless dives where the guide was as frustrated as I, saying things like: “well, they were here yesterday”. The simple fact is they are just so well adapted to their habitat that they can hide very, very easily. Just look at the complex environment they live in; you can be staring right at one and easily miss it. 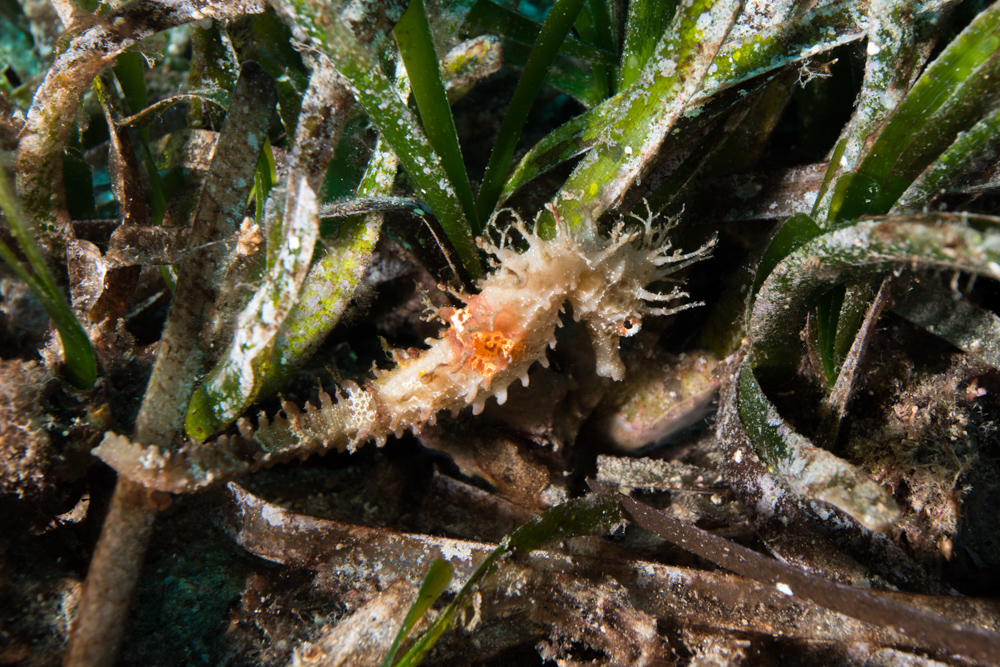 As you can see, this species is well-adapted to a life amidst seagrasses, in this case Posidonia oceanica, a plant that forms dense, complex meadows. 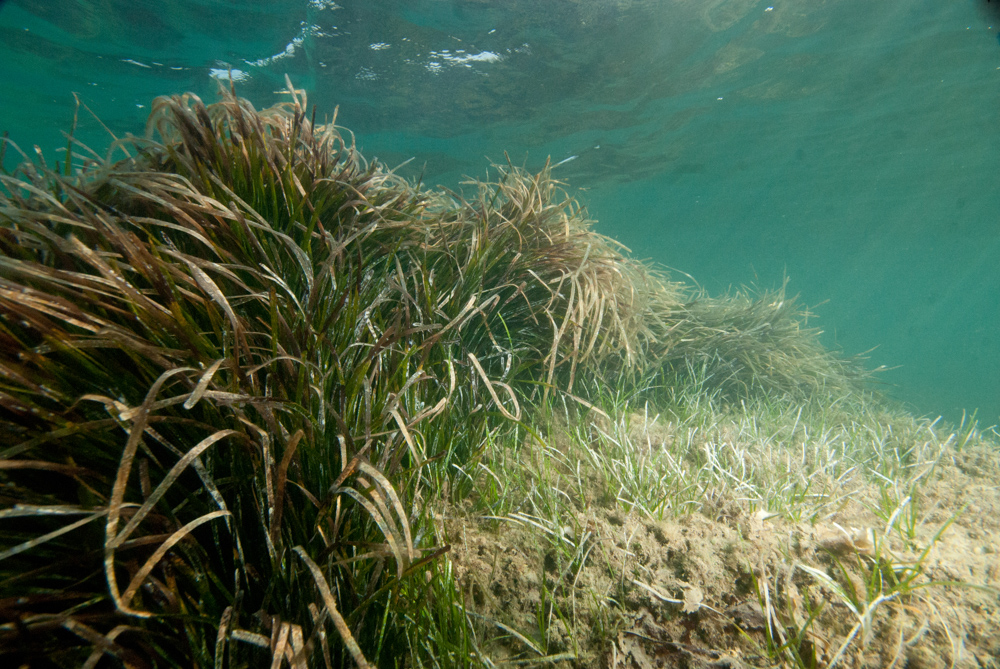 P. oceanica meadow with Cymodocea nodosa to the right. You can see how dense the Posidonia beds can be.

The Importance of Water Movement in the Reef Aquarium